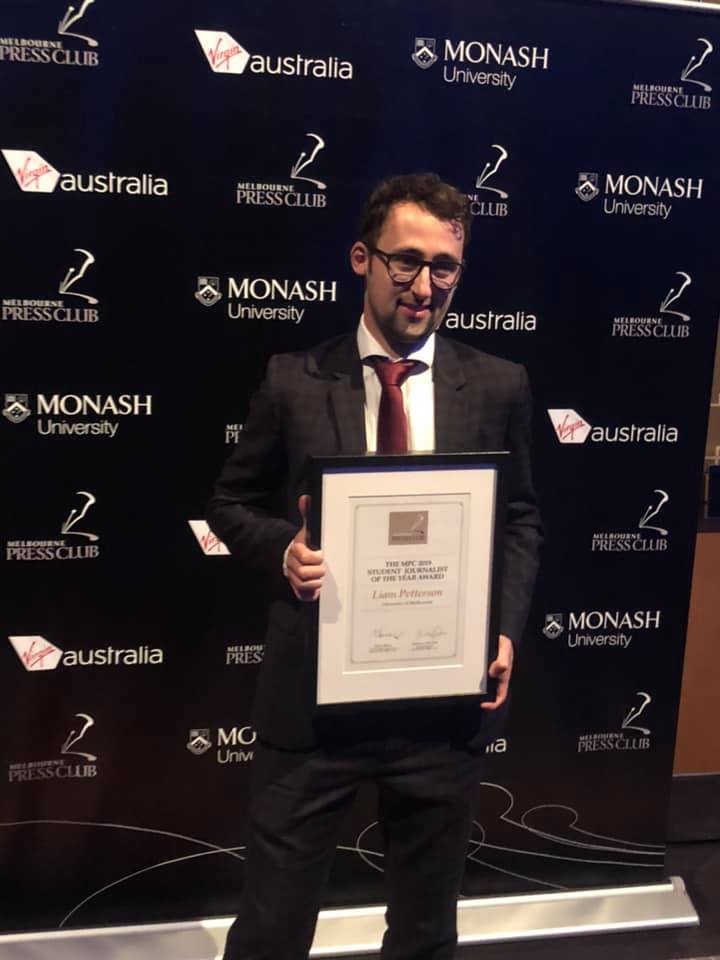 Citizen journalist and University of Melbourne Master of Journalism student Liam Petterson has won the 2019 Melbourne Press Club Quill award for Student Journalist of the Year.

The prestigious award is given each year to a Victorian university student for an outstanding piece of journalism.

Liam was chosen from a shortlist that included fellow Citizen reporters Nazli Bahmani and Ciaran O’Mahony, winning for a story reporting on IBM’s plans to hire people with autism in a variety of IT positions.

The story, written during an internship at ABC Ballarat, was picked up by radio program Australia Wide, and then by ABC 7.30.

In awarding the prize, the judges said: “Liam Pettersen’s story showed excellent news instincts and initiative. While interning with ABC Radio Ballarat, Liam spotted the potential for a story in a job ad for IBM. The company was seeking up to ten candidates with autism for their neurodiversity program. Liam demonstrated strong research and reporting skills to craft a human story which attracted national attention.”

As part of the award, Liam will travel to the United States to attend the annual Investigative Reporters and Editors Conference in National Harbor, Maryland. ‘Depression is treated a lot in general practice and the best way to identify and manage it is an ongoing issue.’