Melbourne’s annual film binge, MIFF2016, is upon us. Anders Furze runs his eye over this year’s menu and chooses his top 10 must-see films.

Frederick Wiseman, whose film At Berkeley was a highlight of MIFF 2014, returns with In Jackson Heights, a portrait of the Queens, NYC neighbourhood. Wiseman’s deliberately broad approach to documentary filmmaking sees him plate up a series of slice-of-life vignettes from every conceivable angle. His running times are long (this clocks in at around three hours) but the cumulative power of his immersive style is undeniable.

Paul Verhoeven, of Starship Troopers and Showgirls infamy, returns with this controversy-baiting film, his first in a decade. The admirably fearless Isabelle Huppert stars as a businesswoman whose rape sets in motion the events of the film. You could never accuse Verhoeven of meek filmmaking, and his “rape revenge comedy” seems fated to set alight the current cultural moment. I’ll be very curious to see how Melbourne audiences respond to this.

Director Olivier Assayas and star Kristen Stewart teamed up for Clouds of Sils Maria, my favourite film of last year. They keep a good thing going by teaming up again for Personal Shopper, which is a ghost story but also a lot of other things as well. With her appearances in this and Certain Women, Stewart confirms her status as the most interesting actor to emerge from Twilight.

Jean-Pierre Léaud is an actor intimately entwined with film history. He launched into the cinematic consciousness as a 14-year-old in François Truffaut’s The 400 Blows, and was instrumental in making its final shot one of the greatest in the history of cinema. Since then he has grown up onscreen, and it’s not inconceivable that he’ll die there as well. He stars in Albert Serra’s The Death of Louis XIV, which looks to be a claustrophobic meditation on the ageing not only of the king but his actor, and the kind of cinema Léaud represents.

Outlandish Korean filmmaker Park Chan-Wook (Stoker, Oldboy) returns to MIFF with The Handmaiden, which appears to the filmic manifestation of a more-is-more ethos. The Handmaiden is fascinating for all sorts of reasons, not the least that it transplants a Victorian England-set lesbian romantic thriller to 1930s Korea. If nothing else, the trailer for The Handmaiden is the best of any film playing this year’s festival. A funny and measured satire of Greek masculinity, Chevalier follows a group of men on a luxury yacht who enter into a competition whereby everything they do must be assessed by everybody else. This ingeniously simple premise plays out in increasingly absurd events captured by Athina Rachel Tsangari, a director who manages the almost impossible feat of both pulling no satirical punches and retaining some affection for her characters.

American politician Anthony Weiner was once one of the Democratic Party’s most successful warriors, serving seven terms in congress. But that was before his sexting scandal. And then his other one. Tracking his 2013 campaign for NYC mayor, and incorporating the fall-out as his second sexting scandal hits, this documentary looks to be a darkly funny glimpse at how the exhausting American political/media sausage is made. This documentary also notably features Weiner’s wife, Huma Abedin, who is Hillary Clinton’s closest aide.

Tickled was the hot ticket at the Sydney Film Festival, and will no doubt prove wildly popular in Melbourne. New Zealand journalist David Farrier, best described as Louis Theroux by way of Vice magazine, anchors this documentary whose form appears to be of less interest than its topic. And what a topic: the surprisingly murky world of competitive tickling. As Farrier proclaims in Tickled’s trailer, “the tickling wormhole was getting deeper”. If that line doesn’t sell you on this movie nothing will.

This year’s “kid’s gala” is the Australian premiere of debut filmmaker Travis Knight. Knight worked as the lead animator on Coraline (2009) and ParaNorman (2012), two of the best American animated films of recent years. His films are defined by a sensibility that refuses to patronise the audience, or give in to the more saccharine tendencies of fellow American animators Pixar. How a ‘Big Issue for artists’ is empowering lives 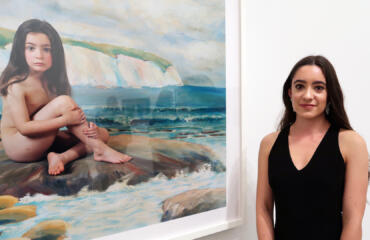