The view from the hills: Too many cars, too few (affordable) homes

When Peter and Joan Latham saw people in their Croydon community struggling to find homes, they did something about it. Policy that will tackle the housing crisis tops their campaign wishlist. Sophie Simpson reports. 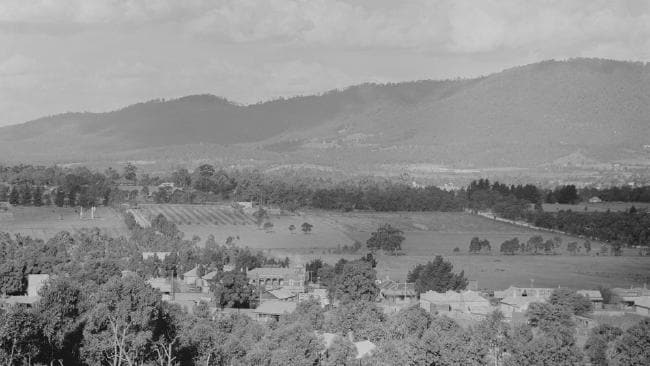 "Croydon was a country town ... had orchids, farms. I suppose I was brought up more as a country kid": Peter Latham/ Picture: State Library of Victoria

Timed to avoid the infamously jammed peak hour traffic, it’s a dream 45-minute run from central Melbourne heading to far eastern suburbia along the Maroondah highway. The corridor, lined with megastores and car dealerships, feeds into ground zero for a hotly anticipated tight contest when voters go to the polls on Saturday.

A couple of turns off the highway into the green hills, the soulless commercial zone feels a million miles away. Our destination is in a quiet, tucked away cul-de-sac in Croydon North. The 1980s brown brick houses sit on roomy blocks in the shadow of the Dandenong Ranges, recalling an era when households had more room to breathe.

The community is part of the Liberal held seat of Deakin. According to the polls, Liberal MP Michael Sukkar’s 6.3% margin is in the realms of the losable, though the figures are a little rubbery due to some shifts in the boundaries since the last election.

If in any doubt of the stakes, observe the cash being thrown in by the Liberals to keep their reign, and the strategic campaign launch by aspiring Labor PM Bill Shorten from a backyard in nearby Mitcham. Peter Latham, who helped initiate and fund a community housing program in Croydon. “We have four refugee families, single mums with kids, single people with disabilities, and low income people.”

Peter Latham, 74, the man we have come to see, has lived in Croydon his entire life. He retired 10 years ago after a 47-year career working in insurance. When The Citizen cast around for local voices with insight into issues on the ground in Deakin, he was nominated by his local Anglican congregation as someone with a deep engagement in the wellbeing of this community. Latham’s done his homework before this meeting, and has prepared a list of handwritten notes.

The neighbourhood he lives in today is barely recognisable as the one he grew up in. “Croydon at that time was a country town,” he says, taking a seat in an armchair, cup of tea in hand.

“It had orchids, farms. I suppose I was brought up more as a country kid.”

He’s unbothered by many of the changes. Certainly, there has been a dramatic rise in population, and there are some advantages he says – more coffee shops for a start.

But the killer is traffic. The growing population has put a strain on the electorate’s main artery, the Maroondah Highway, so it’s bumper-to-bumper in peak hour.

It’s why Deakin is at the front line of this campaign’s “urban congestion war”, with the Coalition pledging $1.1 billion to suburban roads around Melbourne to ease traffic jams and cut commute times.

At present, the public transport options don’t provide useful relief. “If you don’t get to the station by 7am, you’ve got a long walk,” says Latham. A centrepiece of the Coalition pitch to the gridlocked suburban dwellers is to build multi-level car parks at three train stations in Deakin.

The connecting bus services may help some residents get to the station, but as Latham points out, “They don’t necessarily connect to the train … you can pull into the station, and see the train go”.

“I’ve got a couple of ladies at Church who come to church on a bus, and if they miss the bus they’ve got a half-hour wait or a three quarters of an hour wait in the middle of the day.”

Latham says that he doesn’t travel much these days, just to the shops and to church. He can navigate around traffic tangles.

His greater concern is the lack of affordable housing in the electorate, and it’s an issue in which he has invested his own time and money in an effort to find meaningful solutions.

Some time back, Latham and his wife Joan became aware of the difficulties faced by many community members trying to find homes to rent, and decided to do something about it.

In conjunction with his local church community, the South Croydon Anglican Church, the couple have used their savings to build 19 units in Deakin which are made available through a community housing program to provide accommodation to people in need of housing support. Latham bought 2.6 hectares of land on Bayswater Road in 1981, and for many years just cut blackberries off the site. “In about 2000 … the state government opened up some funding for affordable housing,” he explains. This allowed Latham and the church group, Jubilee Housing, to build the units.

They were finished in 2002 and currently house 55 people. Tenants pay a maximum of 25% of their income, whether from wages or pension, to ensure affordable housing for those who need it.

They are, comparatively speaking, the lucky ones. There are over 82,000 Victorians on the public housing waiting list, according to a Victorian parliamentary inquiry last June, and some 195,000 households nationwide lined up for government-funded social housing, according to the Australian Institute of Health and Welfare (AIHW).

The crisis has prompted the Coalition to promise research into housing “demand, supply and affordability” in Australia, while Labor says it will build 250,000 affordable rental dwellings over the next 10 years for low-income earners.

Of the tenants in his units, Latham says his church tries to help whomever they can. “We have four refugee families, single mums with kids, single people with disabilities, and low income people.”

There are 20 other units operated by various church groups in the area, and there are plans by Jubilee Housing to build another seven. But demand just keeps growing.

House prices in Deakin have risen between 18 and 30% in the past three years, according to data from Homesales.com. Renting in the suburbs of Croydon North and Ringwood costs around $375 a week for a unit, or upwards of $420 a week for a unit in Vermont.

Breaking into the housing market will also set you back about $900,000 in Croydon North, while houses in the electorate’s suburbs of Mitcham, Vermont, and Forest Hill will on average set you back a cool $1 million.

Most properties in the region are fully owned or mortgaged, with fewer numbers renting, although that is increasing. Between 25 and 30% of residents that live in Ringwood, Ringwood East, and Bayswater are renters – areas where there is increasing housing density.

Latham believes the increasing population and demand for affordable housing will be the issues that are at the forefront of many voters minds in Deakin.

That’s where he would like to see more focus and policy from politicians of all stripes, rather than the rash of random spending that is typical in a nail-biting political contest. Peter Latham with his daughter Katrina at home in Croydon. Picture: Sophie Simpson