Send in the drones: proliferating flyers not just hi-tech bombers 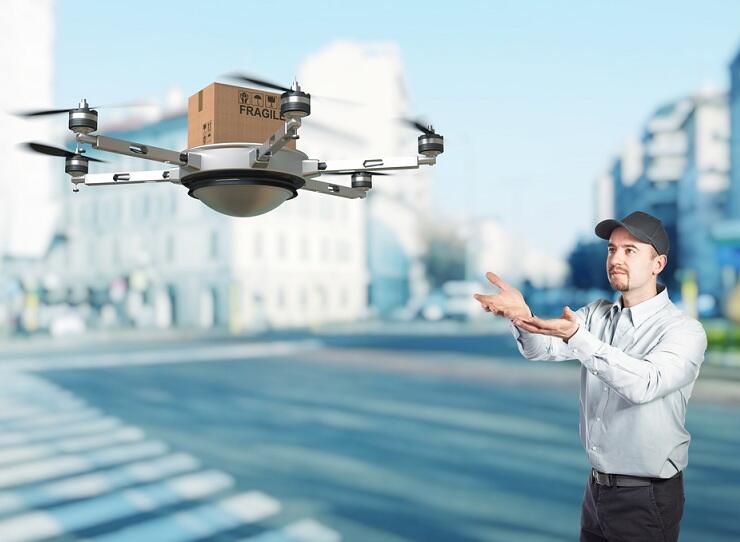 Once upon a time a drone referred to a serious and mysterious aircraft, the sort the military used to spy behind enemy lines. Most people had barely heard of drones, let alone seen them – or flown them!

Now, drones are seemingly all around us. Kids fly them at the park on the weekend, they are responsible for filming those dramatic reality TV fly-over shots and, if you’re a sappy Latin American crooner, they might even slice your hand on stage.

Drone technology is developing at an increasingly rapid rate. There’s now a huge range of drones on the market and, according to some drone developers, this is only the beginning.

1. Not all drones are created equal

If you take an aircraft and remove the pilot, the thing you are left with is basically a drone. By this simple but broad definition there can be endless types of drones: small, large, cheap, expensive, relatively harmless and potentially deadly.

Drones are either controlled by an on-board computer or by a remote operator using a device similar to those that can drive remote-controlled cars.

Drones of all shapes and sizes play an important role in the military. The US has 678 drones in service, according to data from the International Institute for Strategic Studies. US military use of missile drones to attack targets in the Middle East drew criticism from the UN in 2013. However, it’s the boom in commercial and hobby drone use that has seen this piece of technology move from the obscure to the mainstream. Hobby drones are flown for fun, whereas larger commercial drones can be used for surveillance, crowd control, aerial photography and videography, land surveying, agriculture and even search and rescue missions.

The perfect combination of technological advances coupled with falling prices has seen drone sales take off. Exact sales figures are hard to track because the industry is unregulated and many people buy drones online from cheaper retailers in Asia.

Hobby drones topped many Christmas shopping lists last year. Journalist Kevin Moore ranked drones as the number one selling item for Christmas 2014 and noted: “The world has moved on from the drone being the plaything of armies and corporations to being the must-have toy for men over 30.”

Entry-level drones are very small with short flight times of five-to-seven minutes. However, it’s possible to buy a drone for as little as $49. Larger hobby drones with longer flight capabilities are generally priced from $500. Drones priced around $1500 will provide approximately 20 minutes’ flying time and often include a built-in video camera.

Currently, the law separates drone use into two categories: hobby use and commercial use. A drone flight is deemed the latter if the operator receives payment for the flight.

Because commercial drone users must be certified by the Civil Aviation Safety Authority (CASA), their numbers are easier to track. By 2014, CASA had “certified nearly 110 commercial operators, with 40 more applications in process”. By 2015, that number had nearly doubled to 200 operators, with no sign of the trend slowing.

3. Drones are adding drama to film, television and music videos … as well as a touch of danger.

For filmmakers and photographers, drones have opened up a new world of shooting possibilities. Ten years ago aerial work required expensive and noisy helicopters, or inflexible cherry pickers and cranes.

Ryan Hamlet, the general manager of Swarm UAV, which produces real estate videos, says drone media can really sell a property with drone use by the real estate industry having grown rapidly over the past couple of years.

“Drone aerials allow you to paint a wider picture, providing buyers with a perspective of where the property is located,” he said.

Drones videography is now commonplace on large reality TV shows such as The Block, Masterchef and My Kitchen Rules. Sports broadcasts also use drones, as do some news stories, relying on drones to film footage that would otherwise be difficult to capture. Just last week, Spanish entertainer Enrique Iglesias was performing in Mexico and filming his concert using a drone. When Iglesias attempted to grab the drone and look into the camera, the rotor blades sliced through his palm causing blood to spurt.

His injury ended up being worse than originally thought, with Iglesias having also sustained a fractured hand.

Closer to home, a drone filming a Western Australian triathlon in 2014 reportedly crashed into athlete Raija Ogden. She was cut on the head, bleeding profusely and requiring hospitalisation.

As with other new technologies, legislation is racing to keep up with drones’ expanding use. CASA is keen to promote the fact that “Australia was the first country in the world to regulate remotely piloted aircraft”, introducing regulations in 2002.

Hobby drone operators do not need a licence, but they must maintain line-of-sight with their drone during use, are barred from flying within 30 metres of vehicles, boats, buildings or people, and cannot fly higher than 120 metres in most cities.

Commercial drone operators must be licensed, with the requirements to obtain this paperwork tough and expensive. Before each job they must submit flight plans and so-called ‘area permits’ to allow them closer access than that allowed for hobby drone users.

Drone use has advanced since 2002, forcing CASA to overhaul their drone laws, with new regulations expected to be finalised by next year. “The main focus is not making it tougher, it’s about making them across the board more relevant and up-to-date,” says Peter Gibson, a CASA spokesman. Beyond physical harm, many people are concerned about drones breaching privacy rights. Last year, a woman was sun-baking topless in her own backyard when she was photographed by a drone taking real estate photos of the house next door.

Unbeknown to the woman, her picture appeared on a real estate billboard, causing much embarrassment and eventually forcing the agent to remove the promotion. “It’s in the real estate magazine, it’s on the Internet and on the board and I’m really embarrassed,” the victim was quoted as saying at the time.

While CASA is concerned with airspace safety, privacy issues are matters for the Australian Privacy Commissioner. However, the Privacy Act in its current form “does not cover the actions of individuals using drones”, according to Australia’s Privacy Commissioner Timothy Pilgrim.

Drone use shows no sign of slowing and some major companies have big plans to harness drones in the future.

The e-commerce giant Amazon is developing Prime Air, which it describes as “a future delivery system from Amazon designed to safely get packages into customers’ hands in 30 minutes or less using small unmanned aerial vehicles”.

Google is also trialing drones that are designed to relay Internet services to rural populations. However, a crash during testing last month suggested that this technology was not quite ready for roll-out.

And, from the ambitious to the ridiculous, news has surfaced suggesting drone waiters could be trialed in Australia as a quick and cost-efficient way of delivering food and drinks to diners.