Anti-Muslim sentiment is even more important than racial prejudice when it comes to perpetuating negative attitudes about asylum seekers, new research has found.

Many Australians think Muslim refugees are unlikely to adopt Australian values, according to the research. And they often link Islam with terrorism, due in part to last year’s Lindt Cafe siege and other high-profile incidents. 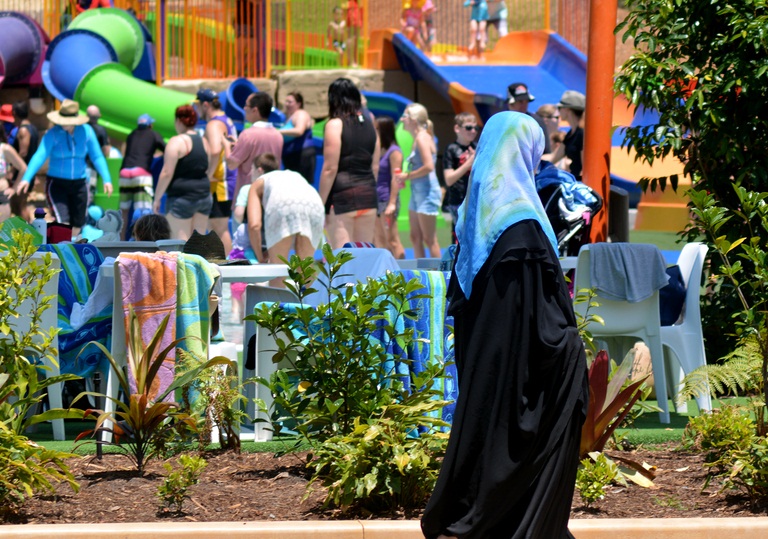 The findings, released Thursday by University of Melbourne researchers, mark a shift from previous waves of prejudice against refugees, who faced discrimination stemming primarily from racism and economic anxieties, such as job scarcity.

Denis Muller, who wrote the report for the Centre for Advancing Journalism and the Melbourne Social Equity Institute, both at Melbourne university, described the shift as dramatic.

“Until now, the main driver of prejudice against new arrivals — whether they’re asylum seekers or just immigrants — has been race,” he said.

Dr Muller cited previous generations of migrants and the racial stereotyping that followed them, such as fears that Asian immigrants would bring increased drug crime to Australia.

“Race has been a big part of the sort of attitudinal matrix in Australia for 120 years. And now, to have it displaced by religious prejudice — I think it is a very significant historical shift.”

“If the wrong element is brought in, they get together and protest or start stirring up extra trouble that we haven’t had in Australia. It becomes a daily fear of, ‘Is this bus going to blow up?’” — Focus group participant, Melbourne’s southeast

In conversations with 10 focus groups across three states, researchers found that participants had little knowledge of where asylum seekers came from and what race they were.

“So it’s racism of a very generalised kind,” said Dr Muller. “It’s all about defining people as different from you.”

The findings indicated, however, that many Australians associate asylum seekers with Islam, though refugees are not necessarily Muslim.

Meanwhile, a swath of Australians see Islam as an intolerant religion, with followers who have no intention of fitting in with Australian culture.

Dr Muller said “a lot of people have a low opinion of Islam.”

“They say Islam is an intolerant religion which at the same time claims tolerance for itself. So they see sort of a fundamental hypocrisy in it,” he said.

Some participants, for example, cited anecdotal evidence of Australian traditions having to make way for Muslims — such as schools canceling nativity plays so as not to offend Muslim families — though they had not witnessed any such incidences themselves.

“In relation to the burkas and stuff like that, I think they should be free to be able to wear that if that’s part of their religious culture and whatever. But then I don’t think we should be tearing down Christmas decorations, either.” — Focus group participant, Toowoomba

Others discussed what one member referred to as the ‘Islamisation’ of Australia, or the worry that Muslim immigrants will push their own culture onto the Australian majority.

As one participant from Sydney’s west put it: “A lot of them are genuine and, yes, they need to be supported and welcomed.

“But there’s also a lot of elements there that no matter what, they will never assimilate and they just come here to take over.”

The focus groups, conducted with people from different age groups and with different jobs, were held last year in Melbourne, Ballarat, Sydney, Dubbo, Brisbane and Toowoomba.

Participants were asked where they read news about asylum seekers and how they felt about Australia’s immigration policy.

“In 2015 we’re imprisoning parents and children. Is that our Australian culture? Can’t we do it with a little bit of respect, or compassion, or something?” — Focus group participant, Ballarat

But fear of Muslim migrants did not necessarily translate into support for hardline government policies against asylum seekers.

“Support for present policies is widespread but not deep,” said Dr Muller.

He said one of the big themes to come out of the research was that Australians were empathetic to the plight of asylum seekers.

One participant from Melbourne’s southeast said: “The process needs to be streamlined, because at the moment what we’re doing is breeding hopelessness, and that’s really, really bad.”

But people in the discussions failed to identify alternative policies that would keep the country safe, Dr Muller added.

“They wish for something more humane that, at the same time, keeps control of our borders.”