Once dormant, frustrations ready to erupt in new electorate of Buninyong

The dormant volcano of Mount Buninyong looms over the sleepy historical town that gives this new electorate its name. But, as Keryn Reynolds reports, the idyllic setting belies the tensions and anger of a community that is unlikely to remain dormant in the lead up to the State Election.

Words and pictures by Keryn Reynolds 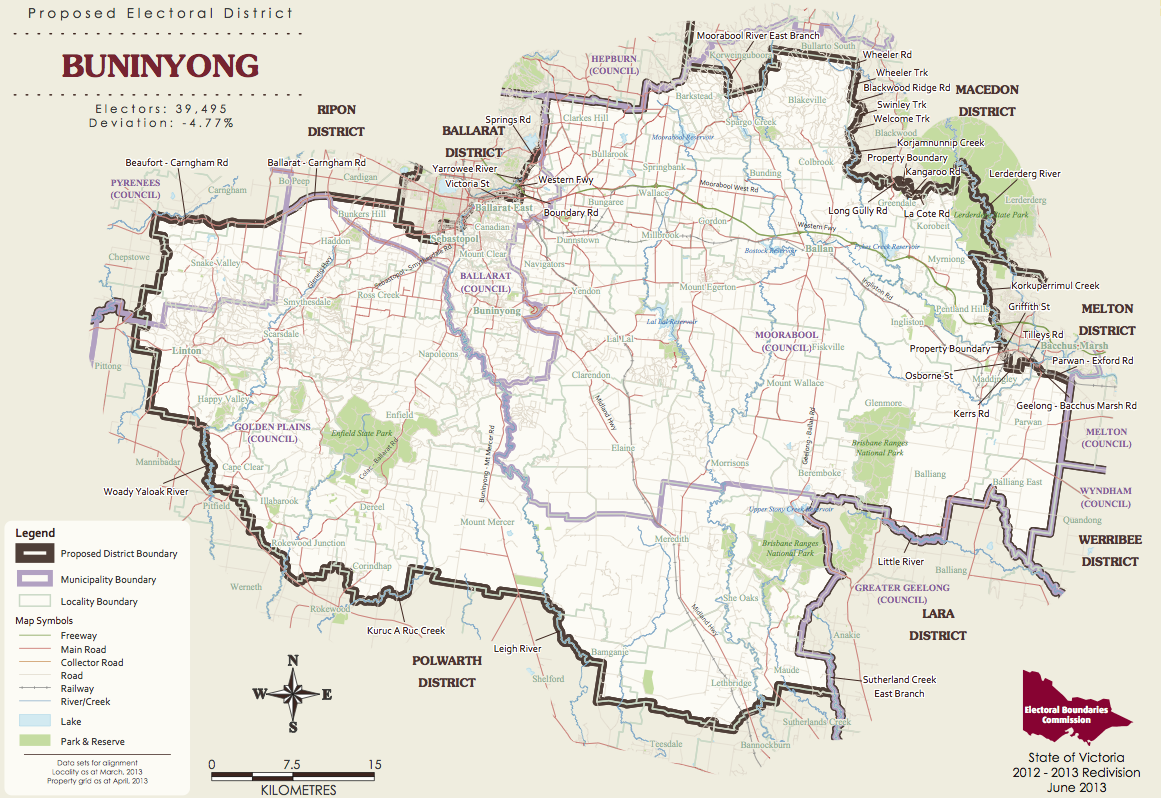 Buninyong was Victoria’s first inland town, proclaimed in 1842. It seems fitting that it has given its name to the redrawn former electorate of Ballarat East. But on a recent tour, UniPollWatch found voters apparently uninterested in the coming political contest and ignorant of the recent electoral boundary changes.

Carole, 50, who lives in Meredith and works at the general store, summed up the sentiment: “Seriously, what difference does it make anyway?” Linton cafe owner Victoria, 38, agreed: “You can’t trust any politician. I’ve switched off.” Meanwhile, 69-year-old Jillian, of Parwan echoed similarly: “Constant empty promises, the election’s just a joke.”

Unemployment in this electorate is higher than the state average. Twenty-three per cent of the working age population is on the dole, compared to 17 per cent statewide.

But beneath the cynicism and disinterest lie simmering frustrations — about jobs, poor roads and public transport, health worries and the shenanigans embroiling a local Ballarat council. Drug use and wind farms crop up in most conversations. Half of sole-parent families are jobless, and disability pensioners make up eight per cent of those receiving government payments, compared to a national average of five per cent.

“Makes it hard to think long term if you’re not sure you’ll have a job next month.” — Smythesdale CFA volunteer Wayne

Ballarat’s manufacturing industries provide many jobs, but local media reports suggest these jobs have halved in number across the region over the last three years. Job growth areas include health care and social assistance, retail and construction.

Wayne, a Smythesdale CFA volunteer, said the region was facing many problems including youth unemployment, rising drug use and the issue of teachers and nurses being confined to short-term employment contracts.

“Makes it hard to think long-term if you’re not sure you’ll have a job next month,” he said. 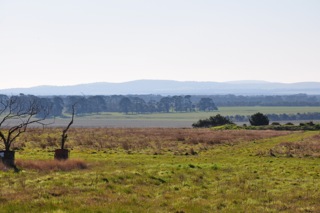 Tahila, 20, of Myrniong, works part-time at a local restaurant. After studying events management in Melbourne three months ago, she applied for 108 jobs online but has been interviewed for just one. Like manay young job-seekers she is faced with a familiar Catch 22

“Employers want experience,” she said. “But how do we get experience if we can’t get a job?”

Meanwhile, Michaela, 48, who also lives in Myrniong, said her 18 year-old-son had been unable to get work even at McDonalds. “Apparently he’s too old,” she said. “He can’t get work experience, so he can’t get a job.”

Labor’s Geoff Howard, a former mayor of Ballarat who was first elected to Buninyong’s previous iteration of Ballarat East in 1999, faces challengers who include Liberal sparring partner Ben Taylor, who wrested a 5 per cent swing for the Liberals at the 2010 poll, as well as the Nationals’ Sonia Smith and Tony Goodfellow, of the Greens. In fact, Mr Taylor, also a former Ballarat councillor who works in information technology, led the vote on first preferences four years ago.

All of the candidates have promised to talk about jobs and unlocking the potential of the region, but so far the campaigning has been low key.

The Liberal Party says it intends to relocate the VicRoads headquarters to Ballarat, generating 400 jobs and an estimated $40 million-plus in extra economic benefits for the region.

Labor has pledged $31.5 million for a major sports upgrade for Ballarat, including $15 million to build a 5000-to-6000-seat grandstand at Eureka Stadium, transforming the city into a “national sporting capital” no less.

The Greens’ Mr Goodfellow recently tweeted that the Moorabool wind-farm project alone would create 100 construction jobs and up to 30 ongoing positions. 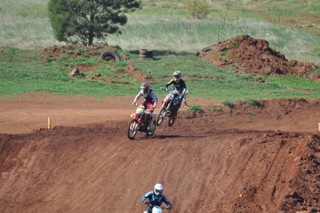 He also claimed the Ballarat region was losing $1.8 billion from stalled wind projects, including Moorabool’s wind farm, which had been halted in view of the Abbott Government’s intended wind-back of the renewable energy target.

Recent media coverage has also highlighted a shortage of ambulance services in the Ballarat region, while concerns have been raised in parliament about increased waiting times for emergency treatment at the local hospital.

Dereel resident and retired teacher Leanne, 66, cited the issue of health and respite care for the elderly as in need of urgent attention. “I can’t get a bed for my mother, not even for respite care,” she said.

But, typically, announcements by the major parties appear as disparate elements of a health system under increasing strain. Last month, the Government announced that the Ballarat Hospital would receive $50,000 for a security upgrade for the safety of women receiving mental healthcare, while Labor announced a $10 million initiative to expand cardiovascular services.

Meanwhile, with the drug “ice” was inflicting great harm to the wider Ballarat community, as it has been in most regional Victorian centres. Buninyong policeman Sergeant Peter Anderson told UniPollWatch that use of the drug was widespread across all socio-economic classes. In June, media reports suggested that children as young as 10 years-old were using ice in Ballarat with desperate users travelling to Geelong or Melbourne to seek help as no residential withdrawal beds were available locally.

Job creation, too, lies at the heart of concerns in Buninyong. Researcher Professor Erica Smith, of Ballarat’s Federation University, attributes the rise in youth unemployment to cuts in government-funded traineeships in retail and hospitality.

The region has also suffered from TAFE funding cuts. Over the past two years the University has closed 70 courses and cut staff numbers.

Agriculture, meanwhile, remains the core industry for the urban-rural electorate, which spans the home of the Eureka Stockade and extends mostly south and to the east. Tourism remains important, with drawcards such as Sovereign Hill and Kryal Castle, although visitor numbers have declined recently.

More people are commuting to Melbourne, which means public transport is another focus of interest. A 37 per cent rise in the number of people using the Ballarat-to-Melbourne rail line in the past five years has actually coincided with increased commuter times.

Dr Ron Southern commutes 260 kilometers each day from Creswick to the Ballan railway station and then on to Melbourne. The 59-year-old has travelled this route for the past 20 years and although he says the service has improved over that time, he carries a folding chair because every few weeks he cannot get a seat. But public transport was not his only concern.

“With so many large trucks — including double B-semi’s —using secondary roads not built for this purpose, the roads are ruined in short periods of time. The councils just can’t keep up with repairs,” he said.

Myrniong resident Michaela agrees. “Local roads are atrocious … they are patched up, but never repaired properly.”

Road repairs are underway across the electorate, but residents told Unipollwatch they were concerned at the slow pace of renewal. Budget papers show that only $2.5 million of the $4.5 million promised in 2010 to upgrade Main Road through Mt Clear and Mt Helen had been spent by the end of the 2013-14 financial year.

The RACV has also been pushing for improvements to the Ballarat train line, including a revamped Ballarat railway station as part of efforts to reduce regional traffic congestion, as well as advocating for an improved bus network in Ballarat’s central business district. Last August,  it suggested the Ballarat region needed more than $700 million in transport funding over the next decade to be able to handle rapid population growth. VicRoads spokesman Ewen Nevett recently told The Courier that increasing traffic volumes had added to travel times and safety concerns on the Geelong Road.

Preferences are expected to again play a critical role in this electorate come November 29, although a reshaped boundary that has captured Sebastopol look to have strengthened the incumbent Labor MP’s hand.

And yet the region has a history of colourful personalities stretching back to gold rush. When the philanthropist and speculator Henry Joseph Desoza left the area in 1883, he reportedly did so in grand style, dressed in a “velvet cap with a purple scarf and  a camelia in his button hole” and dispensing 100 gold soverigns to charities. For this gesture he was crowned the “Gold King of Buninyong”, lending his title post-humously to Buninyong’s annual festival from 1975, later renamed the Buninyong Good Life Festival.

Given the longing within the electorate, the nomination of a charismatic candidate might well throw up some surprises, giving voice to Buninyong’s long-claimed independence.

► This is an edited version of a story first published atUnipollwatch.