Remember when you were a child and she would sit beside you and sing a lullaby until you were fast asleep? Or the countless days she drove you to school, friends’ houses and after-school activities? She always seemed to know the truth, even when you tried to hide it. And even after you grew up, she has always lent an ear whenever you have needed it. 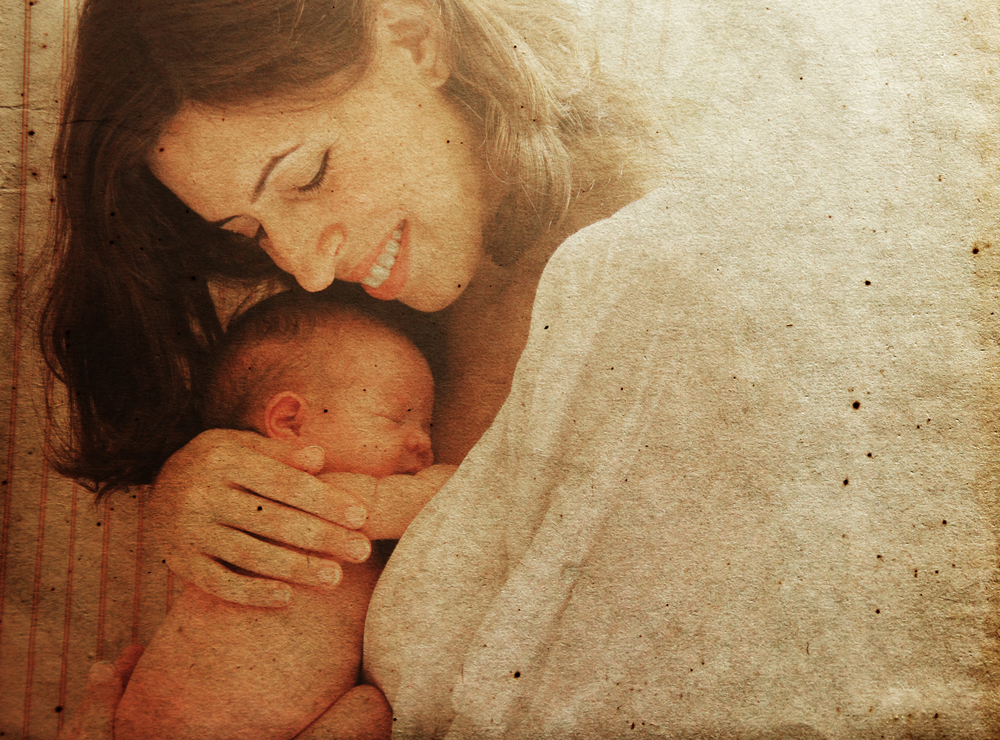 For some, Mother’s Day may be a painful reminder that their mother hasn’t been as much a part of their life as they would have liked — or maybe not at all — for whatever reason.

A mother is said to be the foundation of a family, and on the second Sunday of every May, people all over Australia, and in many other countries, pause to recognise mothers’ familial contribution.

Mothers will be gifted with greeting cards, flowers and all sorts of motherly presents. We all like to think that we know our mother as well as she knows us, but there are many things we may not already know about mothers in general. And where did Mother’s Day come from? What’s it like to be a working mother? How have mothers — and mothering — evolved over the last 70 years or so?

Even though mothers have always been around, Mother’s Day surely hasn’t. Celebrations of mothers are believed to date back to ancient Egypt, Rome and Greece, where festivities were held to celebrate female Gods, the first of which was the Egyptian Goddess Isis.

Then, in 16th century England, the “mother’s day” took a Christian turn and became a tribute to the Virgin Mary, with festivities called Hilaria on the fourth Sunday of Lent in the Christian Liturgical calendar. On this day, people would lay jewels, flowers and other offerings at the church in which they were baptised. A century later, all mothers were included in these celebrations which became known as Mothering Day following a clerical decree in England.

Celebrations of mothers are believed to date back to ancient Egypt, Rome and Greece, where festivities were held to celebrate female Gods, the first of which was the Egyptian Goddess Isis.

However, Mother’s Day as we know it didn’t eventuate until 1870 in North America, with the advent of Julia Ward Howe’s Mother’s Day Proclamation.

The terrible toll of the Civil War prompted Howe to call on mothers to protest against what she characterised as sons killing the sons of other mothers. Her protest and enthusiasm led to an international Mother’s Day to celebrate peace and motherhood.

Howe’s new tradition caught the imagination of 18 North American women’s groups and she funded personally many of the celebrations, but Boston was the only city to continue the celebration for 10 years.

Almost four decades later, the social activist Anna Reeves Jarvis adapted Howe’s holiday in West Virginia and called it Mother’s Friendship Day with the aim of re-uniting families and neighbours who had been divided between the Union and Confederate sides of the Civil War.

After Anna Jarvis’s passing, her daughter, Anna M Jarvis, campaigned for an official Mother’s Day in remembrance of her mother and in honour of peace.

The first official Mother’s Day celebration was held on May 10, 1908 in West Virginia and its northern neighbour Pennsylvania. The West Virginian event attracted 407 supporters, and Jarvis organised white carnations for every mother in attendance because they were her mother’s favourite flower. The floral tribute lives on, with the flowers still used today to commemorate mothers who have passed away, while pink or red carnations pay tribute to mothers who are still alive.

By 1909, 46 states in the US and some parts of Canada and Mexico were celebrating Mother’s day. And five years later President Woodrow Wilson designated the second Sunday in May for celebrating and remembering mothers during which Americans would fly the flag in honour of mothers who had lost sons in the Civil War.

And the rest is history, as they say: Mother’s Day was quickly commercialised and became a global phenomenon, celebrated in more than 70 countries.

There are more than three million mothers in Australia living with their children, with more than 740,000 of those raising children on their own, according to 2011 census data. Add to that the millions more mothers and grandmothers, even great-grandmothers who share an array of titles —mum, ma, nanna, nonna and myriad original family-spun monikers.

Births rose slightly between 2001 and 2004, followed by a sharper lift with the introduction of the Howard Government’s Baby Bonus, introduced in 2004 to the strains of Treasurer Peter Costello’s memorable clarion call: “One for the father, one for the mother and one for the country”.

Mothers have been raising children since the beginning of time. Well, let’s face it . . .  it’s about biology, and a mother’s instinct to care for her young.

Our exhaustive Mother’s Day straw poll says just that! An 83-year-old, stay-at-home mother of three — and grandmother to another three — says mothers play a vital part in children’s lives. She was happy to spend her time at home with her children after she gave birth, never returning to work. “The times are changing too fast,” she says. “In my time it was much better . . . we had an easier life then,” she says. She remembers taking her children camping and spending precious time with her children. Mid-to-late 20th century life was less frenetic, less stressed. “You can’t take children to the places where we used to take them,” she laments. “Everything has changed.”

Sheila Haley is 96 and, after giving birth to two children, now has multiple grandchildren. Residing in a nursing home, she says she often reminisces about the time she spent with her daughter and son, watching them grow and mature into adults, who now have children of their own. “It gets me by in here, my thoughts of my family,” she says.

Her son was 7 years old when she returned to work as a nurse, after taking a leave of absence to raise her two children when she was 20. She says she “loved every bit of being a mother . . . They gave me and my husband so much love, and we gave them love too. I’d love to do it again.”

Back in the day, mothers enjoyed the luxury of time with their children. These days too many mothers “don’t have time to be home and enjoy their babies.They put them in crèche and they miss out on so many years. But then that’s the society today and I think it’s sad . . . You don’t get a second chance with kids.”

4. Mothering is a juggling act.

The role of a mother never changes – to love, to care for and to teach her children. While being a mother was once considered a full-time job, women increasingly are juggling part-time paid work with full-time parenting.

“There is an expectation on women to be career women, great mothers, to be everywhere all of the time — and women are their own harshest judge and jury.”

According to the Australian Bureau of Statistics, two-thirds of employed mothers with children under 6 years of age worked part-time between 2010 and 2011, with 9 per cent wanting to work more. In that same period, more than half (55 per cent) of all mothers with school-aged children were working part-time and of these mums, one-in-10 wanted more work.

Alicia Dunn, a wife, a mother and a shift worker from Frankston, returned to work when her first son was 10 months old. She now works one day a fortnight, spending the rest of her time with her family.

Her rostering allows her and her husband to shuffle between work and looking after their son so that he doesn’t have to spend more than a couple days a fortnight in childcare. She says it does “pull at the heart strings” but she comforts herself knowing that he’ll be having a ball playing with the other kids after she’s gone and he’ll be one of the first kids to be collected.

She considers it her priority to raise “a happy and healthy child [who grows] into balanced young adults . . . always being a mother — and then a friend — to your child, and not dropping the mother part out of the equation”.

5. The best thing about being a mum and the challenges that come with it.

Let’s face it, babies and toddlers bring smiles instinctively to people’s faces. Babies have a certain glow about them that is a magnet to doting adults.

Of course, toddlers are mischievous too, and can drive even the most patient parent to distraction. Even so, women like Alisha Farr-Strang, of Tyabb on the Mornington Peninsula, adore raising their little terrors.

She says her sons, Logan and Jordan, have allowed her to enjoy everyday life even more by sharing the wondrous prism through which they experience their world. Simple things, such as visiting the park or going for a bike ride, are joyous. But her favourite thing about raising her boys is seeing her sons’ personalities develop as well as the relationship she is building with them.

Of course, women have become accustomed to choosing a career path while they’re still in high school. And many build careers over many years before deciding to have children. Balancing work and parenthood becomes a delicate fulcrum on which family bliss might rest.

Ms Farr-Strang has continued her career two days-a-week while caring for her boys. “If you don’t go back to work for 5 or 10 years after you have kids, you can become very detached from working life,” she says. “I worked for 12 years in property, in Sydney, London and Melbourne. . . I didn’t want to lose that experience.”

She adds: “There is an expectation on women to be career women, great mothers, to be everywhere all of the time — and women are their own harshest judge and jury.”

* “Five Things” is an irregular series in which Citizen writers take stock of a particular issue or offer their own theories on different subjects.