I have been obsessing over STREB recently. The “extreme action technique” is a form of dance concerned with pushing human bodies to their limits. Elizabeth Streb, after whom the technique is named, has some strong opinions on movement. Her dancers often fall flat on their faces. She rarely scores performances with music, preparing her dancers’ bodies to move according to their common natural rhythms.

“The choice to not camouflage gravity, is where the real drama resides,” she has said. “Why displace natural movement with the use of music or artifice?”

At times, Hou Hsiao-hsien’s The Assassin, which played at a surprise screening on Sunday night,embodies the same theory. It also uses the cinematic form to transcend it, producing a compelling tension between movement and temporality.

It is a tension exclusive to the moving image, the only art form which allows for editing. An extremely composed wuxia martial arts film, Hsiao-hsien’s deliberate camera captures its human figures in long, slow moments of stillness, punctuated by short bursts of intense movement.

It is inside these bursts that both gravity and time are artfully manipulated, and where the joy and sadness of cinema reside. The bulk of the film consists of long, considered takes capturing characters moving slowly and deliberately inside gloriously detailed throne rooms. And then the assassin appears, her body moving so quickly, and captured in such a comparatively high number of shots, that her presence alters the form of the film.

These moments are so exhilarating that they leave a bittersweet hangover. Outside of the cinema such artful manipulation of both the human body and time is impossible. Elizabeth Streb is right: we have to make do with the body’s slowly decaying metronome.

If The Assassin used film editing to artfully transcend physical and temporal limitations, Carmelo Bene’s Salomèuses it to smash them into oblivion.Screening at ACMI as part of the festival’s ‘Psychedelic!’ sidebar, the 1972 film is a trippy take on Oscar Wilde’s play, itself based on the biblical tale.

Everything — the actors, the neon-bright costumes, the two-second shots repeated ad nauseum — is on the same wild wavelength. Again and again, King Herod half-speaks half-suffocates while stuffing his face with grapes. Again and again a cartoon camel jumps through the eye of a needle. Again and again Salomè peels skin off the face of the king.

At one point, Fluro Jesus shows up, repeatedly failing to crucify himself. These are just some of the elements repeated in Salomè. It’s madness through celluloid.

Similarly mad, though arguably less ambitious, is Guy Maddin’s The Forbidden Room. Maddin employs his distinctive style, in which he plays around with celluloid, projection and classical film technique, to tell a series of interlinked, somewhat funny stories. Each of these separate location-stories is presented both in its own style and the style of the rest of the film. It’s as if Maddin found 15 different movies, and not just spliced but bled them together. To give you an idea of how much territory he covers: the film begins with an instructional movie simply titled ‘How to take a bath’. Before long we are on a submarine, and then in the woods, and then near windmills, and then Udo Kier shows up, and then we’re on a train, and then we’re in a nightclub, and then we’re on a volcanic island, and then back on the train again. The technical scope of Maddin’s project is admirable, and there is some particularly stunning use of projections. He self-consciously derives quite a bit of humour from the deliberately melodramatic stories.

But what is the point of all this, really? On the face of things, there isn’t one. The Forbidden Room is just entertaining enough that it succeeds at making you forget that.

There’s not much to say about post-Vice documentary Cartel Land.

Ostensibly interested in the notion of vigilantes fighting cartels in both America and Mexico, Heinemann understandably devotes most of the film to one figure: Dr José Mireles, who charismatically leads the Autodefensas, an armed citizens’ militia fighting the Knight’s Templar cartel.

Less compelling are the sequences following American militia. In the face of Dr Mireles’ borderline mini-revolution, the dramatic stakes are almost absurdly lowered in these scenes, despite their subjects’ best efforts at self-aggrandisement. Still, Cartel Land is worth watching for its insights into life in communities where the authority of the state has all but collapsed.

Miguel Gomes’ Arabian Nights Vols. 2 & 3 were every bit as revelatory as the first installment, and the trilogy remains my favourite experience of MIFF this year. Pressed to identify a highlight, I would locate it in the second half of Volume 2, which takes as its setting an impoverished apartment complex. Gomes tells the stories of some of its inhabitants by following a dog that suddenly appears in the complex one day and is passed from one set of owners to the next.

Most admirably, Gomes maintains an infectious spirit of generosity towards his subjects. Without slipping into mawkish sentimentality, he charts their dignified attempts at getting by in a country where (onscreen text informs us at the start of each volume) everybody is worse off now than they were a few years ago. Sometimes the struggle is lost. There’s so much more to enthuse about: the low-key incorporation of fantasy elements, including a wonderful scene where Scheherazade interacts with a wind spirit; the beautifully shot Ferris Wheel sequence; the finches.

And then there is the final scene. Gomes tracks an old Portuguese man walking determinedly down a road, and scores his simple image with a stunning children’s choir version of the 1970s song ‘Calling Occupants of Interplanetary Craft’. This scene, coming at the end of almost eight hours of cinema, is nothing short of sublime.

A friend recently asked me if its running time meant that Arabian Nights would work better as television rather than movies. Resoundingly, the answer must be no.

Arabian Nights epitomises the fundamental agreement we form with a director every time we walk into a cinema. We give our time and trust, and in return the director gives us their vision. Just how fragile this bond is can be seen by how frequently we reach for the pause button when we’re able to. The cinema saves us from ourselves.

The best in film for 2016, and the surprising benefits of boredom 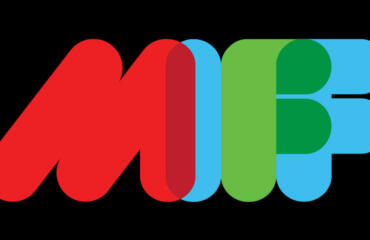