The latest film in the Mad Max franchise has been turbo-charged almost beyond recognition, writes Anders Furze. 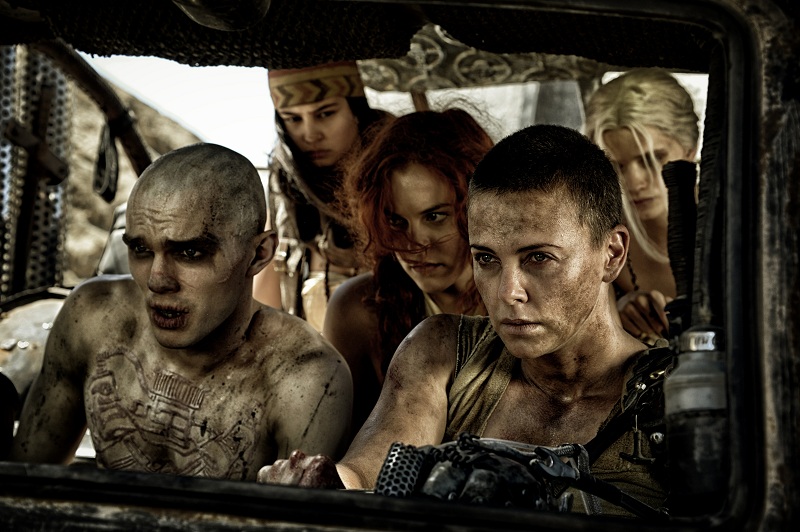 Let’s get this out of the way first: Mad Max: Fury Road is insane.

It is nothing less than a 70-year-old director smashing the id of Australian culture onto a cinematic canvas that only barely contains it.

If that sounds like an odd experience at the pictures, well, it is.

It’s singular, exhaustingly propulsive and very, very loud. It’s also, after a while, overwhelming. I found myself wishing the micro-breaks sprinkled throughout the action would last longer. But this is a blockbuster in 2015: things never stay still for long.

Director George Miller is nothing if not an efficient storyteller. Fury Road follows Max, played by Tom Hardy, as he and Charlize Theron’s Imperator Furiosa shepherd a bunch of forced brides away from an insane War Lord (Hugh Keays-Byrne, who played another villain in the original Mad Max).

Mad Max: Fury Road revels in this collision between Australian culture and the Hollywood blockbuster form. The resulting wreck is a fitfully glorious reminder that in order to survive, the former has well and truly incorporated the latter.

This shepherding takes the form of a two-hour car chase extravaganza across the desert. The rhythm of this chase occasionally ebbs but mostly it flows.

Miller throws everything onto this very bare bones narrative. This is a world that has, Max reminds us, “gone mad”. Highlights of the madness include a guy strapped to the front of a truck who is constantly playing electric guitar, an army of motorcyclists who ride down vertical cliffs, a character who has tattooed smiley faces onto tumours protruding from his shoulder, and Megan Gale.

At one point, a man’s eyes are shot out. His warriors blindfold him and he proceeds to fire two machine guns wildly, all the while screaming: “I am the blind scales of justice!”

To borrow a line from Avengers: Age of Ultron, “None of this makes sense.” But whereas that sentence unwittingly got to the nihilistic core of Marvel movies (nothing makes sense but don’t worry, there are another seven sequels you can pay to watch to clarify things) nothing makes sense here for far more interesting reasons.

Take the movie’s portrayal of women.

Much has been made of the large number of female characters. A story about Men’s Rights Activists complaining about the trailers has gone viral, as if this is proof enough of Fury Road’s feminist credentials.

It is true that Charlize Theron’s Imperator drives the action of this movie, and both she and Max are joined by a tribe of battle-hardened women for the film’s final set piece. On a narrative-level, this is definitely a breakthrough for Hollywood.

Miller seems torn between his progressive desires and the conventions of contemporary Hollywood. That this is being championed as a feminist movie shows just how overwhelmingly marginalised women have been in mainstream cinema lately.

He also seems torn between gritty, real action and effect and the use of Computer Generated Imagery. The actors are sweaty, their clothes are dirty and the explosions are very real. But the broad desert landscapes and the sky, sketched in with CGI, are hyperreal. The gritty and glossy are never exactly reconciled, but do lead to some fascinating, unique shots of real vehicles exploding inside CGI landscapes.

But the most interesting tension at work in Fury Road lies in its dual status as an Australian film and a global blockbuster.

The Mad Max franchise is steeped in Australia’s dominant cultural identity. As screenwriter Nico Lathouris has said, we have a car culture in Australia where “the car is virtually a weapon”.

Swapping Broken Hill for Namibia for filming has meant the setting for Fury Road loses its specificity. We’re in a desert, but it’s not an Australian desert. 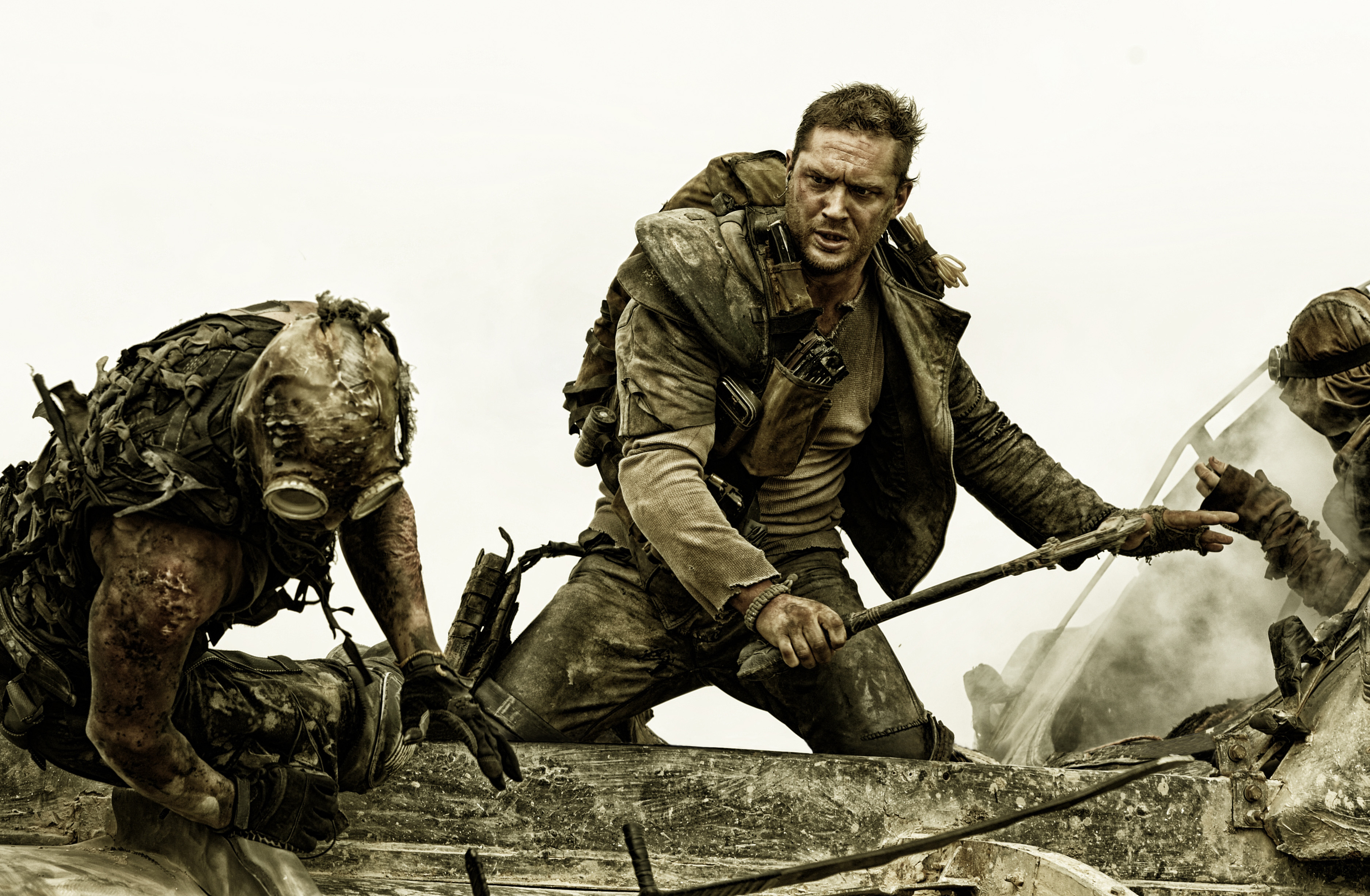 Yet Aussie accents, or attempted Aussie accents, abound. The supporting players are a roll call of Australian acting royalty and it’s a pleasant surprise to see John Howard (the actor – remember him?) onscreen again.

Because this is a movie driven first and foremost by spectacle though, the accents and the slang in Fury Road feel like they’re here solely to connect this sequel to the story world of the rest of the franchise.

It’s as if Fury Road segments our national cultural identity into a series of conventions, to be deployed just liberally enough to pique interest. This must be what it’s like as an American to watch any superhero movie, ever.

But it also means the most widely remembered depiction of Australian culture at the movies this year will be Charlize Theron in Namibia yelling “Fang it!”

One-hundred-and-fifty million dollars and the crème de la crème of the Australian film industry brought us that moment.

What better manifestation of Australian culture’s barely hidden desires than a glamorous superstar transforming herself into a hardened speaker of Australian slang?

Mad Max Fury Road revels in this collision between Australian culture and the Hollywood blockbuster form. The resulting wreck is a fitfully glorious reminder that in order to survive, the former has well and truly incorporated the latter. 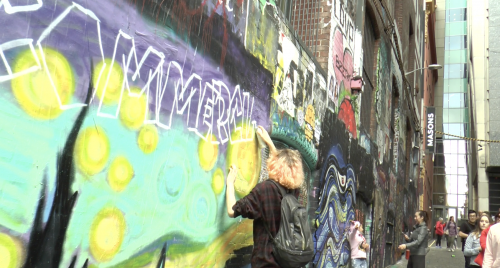 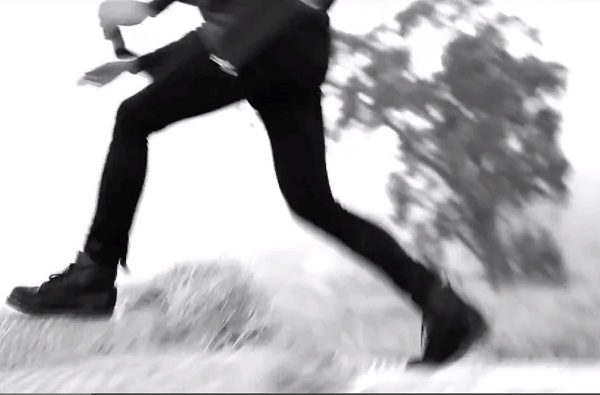