The Lyme disease debate. Indigenous too . . . or just imported?

In a recent letter to Australia’s doctors, the Chief Medical Officer, Chris Baggoley, reported on the work of a committee that is advising him on whether Lyme disease exists in Australia. The disease, which can be fatal, has been recognised in the US since the 1970s, but it is the first time the federal government has undertaken a formal examination of the evidence for indigenous Lyme disease.

“I was in an electric wheelchair for eight years,” explains Nikki Coleman, of the Lyme Disease Association of Australia, in an interview with The Citizen. Once she began treatment for Lyme disease, her ‘mysterious’ condition improved. “I can start earning money, I can start paying tax, I can start contributing to society.” 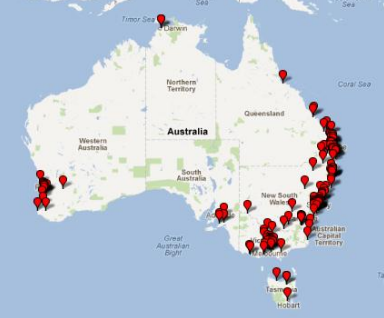 Many people are convinced that it can be contracted locally, but the default position of medical authorities has long been that it cannot.

There are no formal figures on the illness, but the Lyme Disease Association estimates there are more than 10,000 diagnosed cases in Australia, and many more cases, perhaps in the order of hundreds of thousands, which remain undiagnosed.

Practitioners, including Royal Australian College of General Practitioners’ spokesman Ronald McCoy, express sympathy for people presenting with Lyme-like symptoms, but do not accept that it is Lyme disease. “I’m not saying people are lying,” Dr McCoy says. “The College is very much evidence-based medicine and we can only really go on the evidence we have at this time.”

Others are certain the disease exists in Australia. “We’re talking about the fastest spreading disease in the world,” says Queensland GP Andrew Ladhams, who has been treating Lyme patients for the past nine years.

To help resolve this conflict, the Department of Health and Aging has established a clinical advisory committee on Lyme disease to provide advice on identifying the micro-organism, diagnosing Australian cases and deciding on treatment options. The committee, which has met twice, has commissioned a research study to begin next year.

Professor Baggoley told clinicians in his letter that working towards “the identification and characterisation of an indigenous causative organism” would help improve the means for diagnosing Lyme disease in Australians.

“While the investigation into an indigenous causative organism for Lyme disease continues, there is a need to raise awareness of Lyme disease as a possible diagnosis in returned travellers who may have acquired the infection whilst visiting overseas endemic areas,” he wrote.

The advisory committee includes experts from public health and professional medical bodies, as well as representatives of the Australian Society for Infectious Diseases, the Lyme Disease Association of Australia and the Karl McManus Foundation, which works to raise awareness of tick-borne disease in Australia.