With the Prime Minister’s job up for grabs, and the national Parliament adjourning for two weeks in uproar, reporter Gerard Cockburn gauges the reaction of students and staff on the University of Melbourne campus. 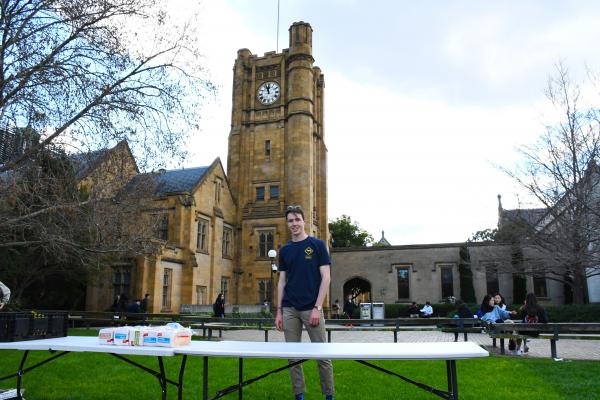 “Malcolm Turnbull has had a lot of talk for not being empathetic and being able to lead Australia and Peter Dutton is just an extension of that. He is not charismatic enough to lead the people and inspire people.” “I am personally saddened by it. It’s a very sad day for politics. I think (Peter Dutton) is pig of a man. We just need some stable form of government so we can move forward. The last six years have been a mess. Stability would be lovely.” (On the prospect of Dutton as PM) “It would be horrendous.”

(On the the state of the Coalition) “I haven’t got much to say about a Liberal government but Malcolm Turnbull is the best Liberal prime minister since Malcolm Fraser.” “I think it’s hilarious because Peter Dutton is meme.” “Probably not the best thing to happen. I’m a little bit disappointed. It’s a little animalistic to think you can just throw a government out so easily and no one thinks too much. It shouldn’t be this easy to get rid of a government.” Malaysian voters line up for the May 9 2018 general election. Picture: MOHD RASFAN/AFP/Getty Images