Keating in conversation: speaking up for Indigenous recognition . . . and a political legacy

ABC veteran Kerry O’Brien’s conversation with Paul Keating was all about shoring up the the legacy of one of Australia’s most beloved leaders. There was no shortage of the former prime minister’s infamous barbs, but the themes of the conversation were carefully controlled with a focus on Indigenous Australia and his dream of an Australian republic. 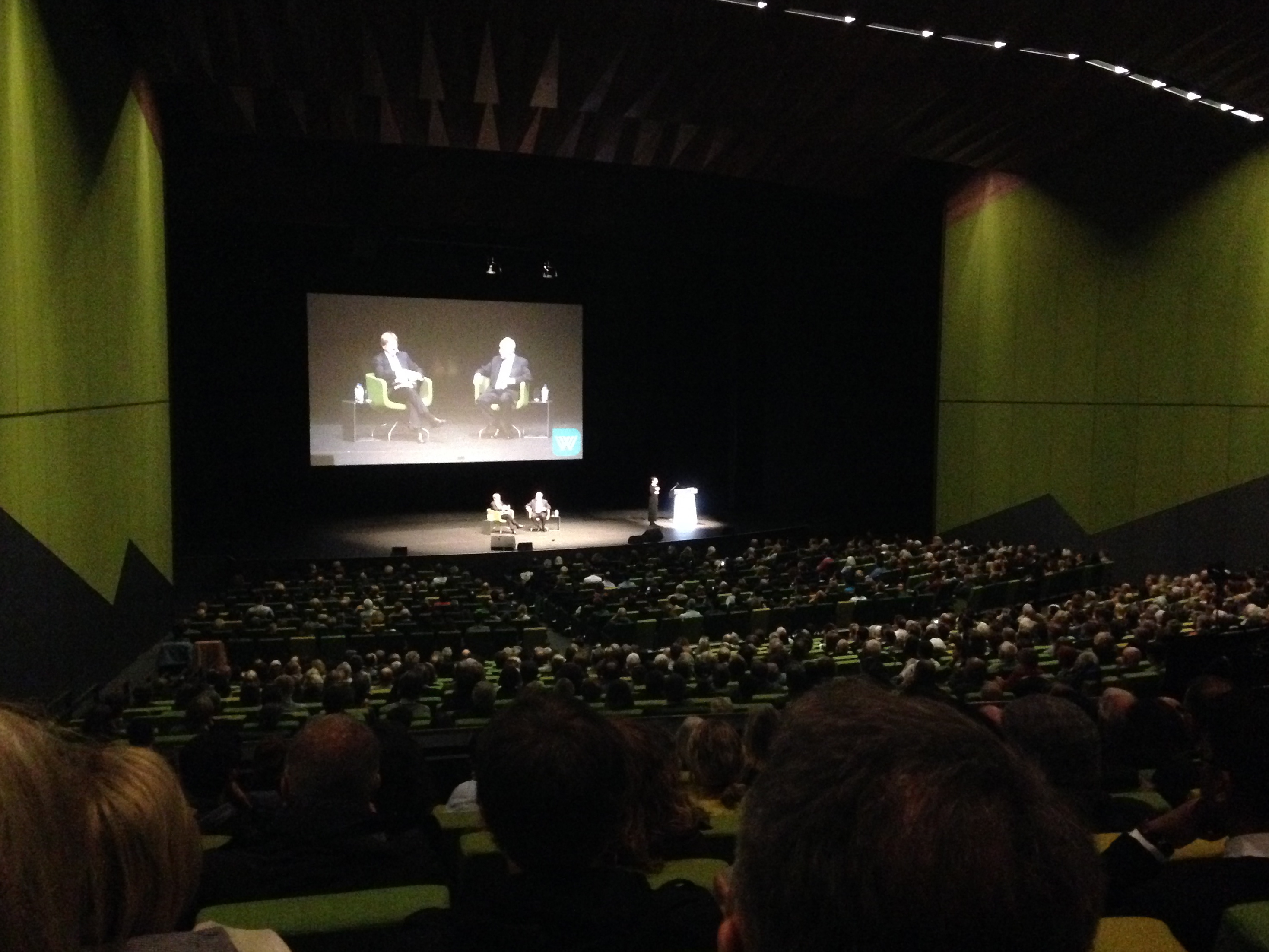 Kerry O’Brien chats with Paul Keating in Melbourne on Thursday.

On a constitutional amendment to recognise the original Australians, Mr Keating was at his most effusive, pushing his argument for a treaty.

“The constitution . . . says something about discrimination for Aboriginal people. Well, if you’d been here for 40,000 years, would you be happy with a note in our constitution written by single traders, wool brokers and bunyip lawyers in 1900?

“We should deal with the Aboriginal people as a nation and say ‘We did the dispossession, we own up to it, we want to make it good. Let’s get the story right, let’s make a treaty between us’. Then the amendment is just a trifle.

On the benefits of a treaty: “Australia will be stronger and better when we take in much larger measure the identity of Aboriginal Australia into the Australian identity.”

“But the idea now that the Aboriginal people have to negotiate with [Tony] Abbott or whoever to get a few words in there. It’s weak, weak, weak.”

“But what force would the treaty have?” asked O’Brien, citing the case of New Zealand’s Waitangi Treaty, signed with the Maori who were one nation with leaders already in place to negotiate. “Would it be primarily symbolic?”

It was the second in a series of public conversations between the two figures, following their appearance this week at Sydney’s Opera House. Again, Mr Keating played to a packed crowd, this time at Melbourne’s Convention and Exhibition Centre. There was no heckling, frequent interruptions for applause and the sort of reverence you’d expect from 2500 or so people who paid up to $35 a ticket.

Mr Keating singled out the conservative bloc in the Federal Government as being a barrier to this “absolutely essential” change taking place. This 20-40-member group were also cited as presenting new Prime Minister Malcolm Turnbull with his greatest test as leader.

The discussion retained a focus on Mr Keating’s efforts to create a “more inclusive Australia”, something that he clearly wants to claim as a key part of his legacy. References to the Keating Government’s introduction of mandatory detention of asylum seekers, inaction on climate change and the infamous “arse-end of the world” comment never strayed into the carefully curated conversation.

Instead, Mr Keating gave the audience what they came for — a ‘greatest hits’ package of his achievements and erudite displays of wit and repartee with his inquirer, O’Brien.

On being Prime Minister now: “These days you’ve only got to handle a press conference and say hello at the door.”

“I think that Malcolm Turnbull’s defeat at the hands of Abbott five or so years ago has made Malcolm reassess himself, rethink the role of public life and the leader and I think it’s fair to say that Malcolm Turnbull will be a better leader today because of that,” he suggested.

In 1993, Mr Keating had appointed Mr Turnbull chair of the Republic Advisory Committee to formulate the legal and constitutional political architecture for Australia’s shift to a republic. When O’Brien questioned whether Mr Keating was surprised by the current PM’s popularity, he responded with his legendary withering judgement.

“Oh, Kerry, the bar is so low. If you can string five coherent sentences together, not make a mistake every day or week and have some cultural sensitivities, you’re going to be approved of. In my day, in those four years, I was doing things like native title, setting up national superannuation, the APEC leaders meeting, one great big trick after another. These days you’ve only got to handle a press conference and say hello at the door.”