The Chinese government claims 200 million people work in flexible employment situations and these new work practices are liberating a generation. However, our reporter Zhixin Zhang discovered that, as China’s economy slows, ‘flexible work’ – that is often low-paid, insecure and provides few legal protections – is causing more anxiety than opportunity. 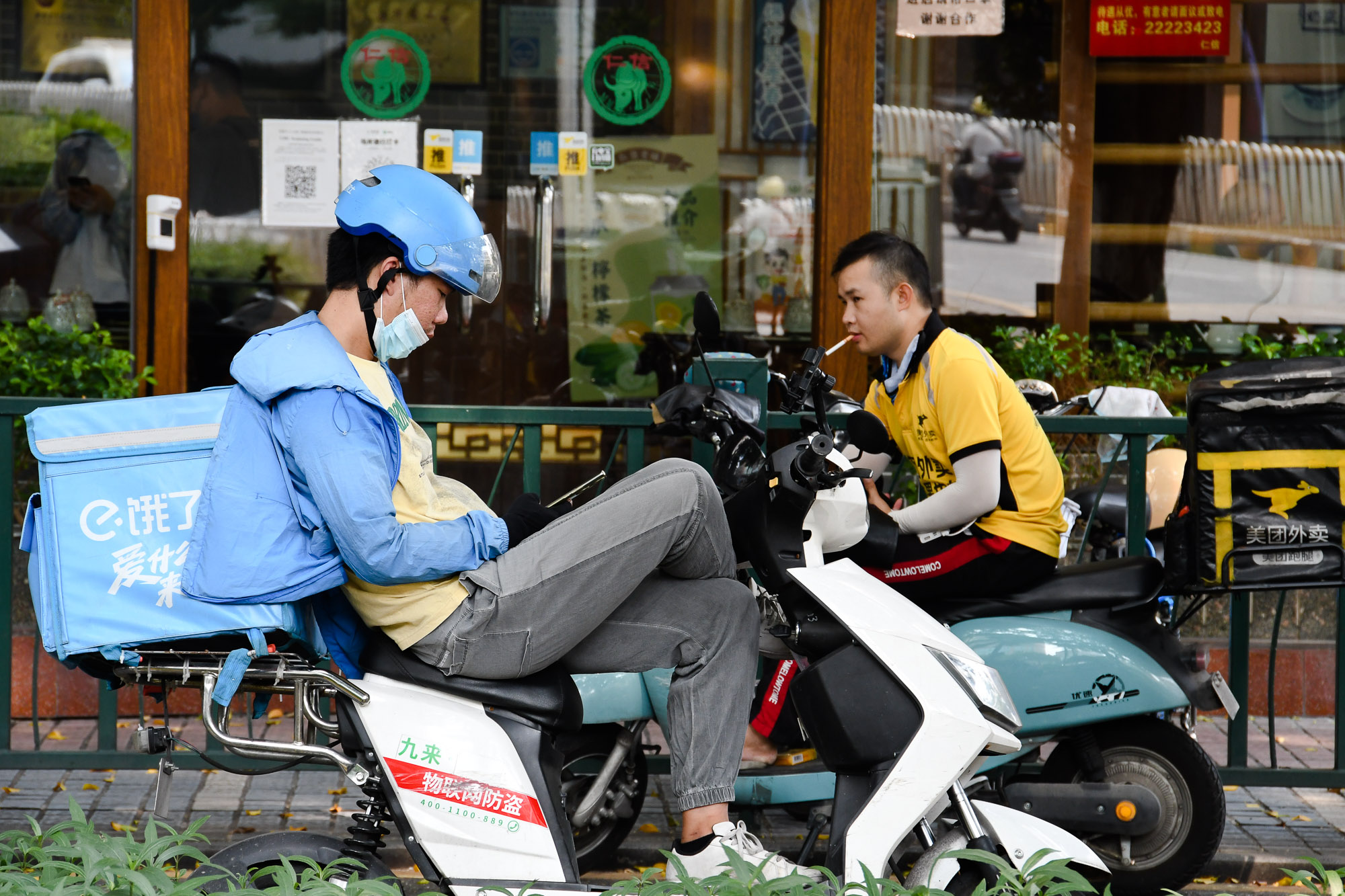 According to the People's Republic of China's National Bureau of Statistics, the number of food delivery men in China reached 15 million in 2022. Photo: Zhixin Zhang

Words and photos by Zhixin Zhang

When Haiwei Liu was laid off from one of China’s largest internet companies in January 2022, part of him was relieved to escape a declining industry. Nine months later he still hasn’t found a job and is stuck in flexible work.

“I thought I would find a full-time job in three months at most but now I still haven’t gotten out of flexible employment,” says the 24-year-old, who has had more than ten job interviews without any suitable job offers.

Liu had worked as a media operation manager for an internet company in Guangzhou, China, and was let go when the company laid off 40 per cent of its staff after the government’s crackdown on the tech industry that plunged the sector into crisis.

For Liu and many young Chinese who are working flexibly, they are desperate to find a full-time job with more stability, but China’s economic downturn and the government crackdown on the internet industry have upended Liu’s career ambitions.

“If I really can’t find a full-time job, I plan to open a café in my parent’s garage, after all, ‘delivery man’ isn’t a career with a future,” he said.

Flexible employment has become a reluctant employment option for Chinese youth in the past two years. According to the National Bureau of Statistics of China, by December 2021, flexible employment in China exceeded 200 million people, up by 20 per cent from 2020. However, with a record 10.76 million university students graduating and entering the labour market in 2022 and demand for labour falling as China’s economy slows, many young Chinese, like Liu, are being forced to choose flexible employment. 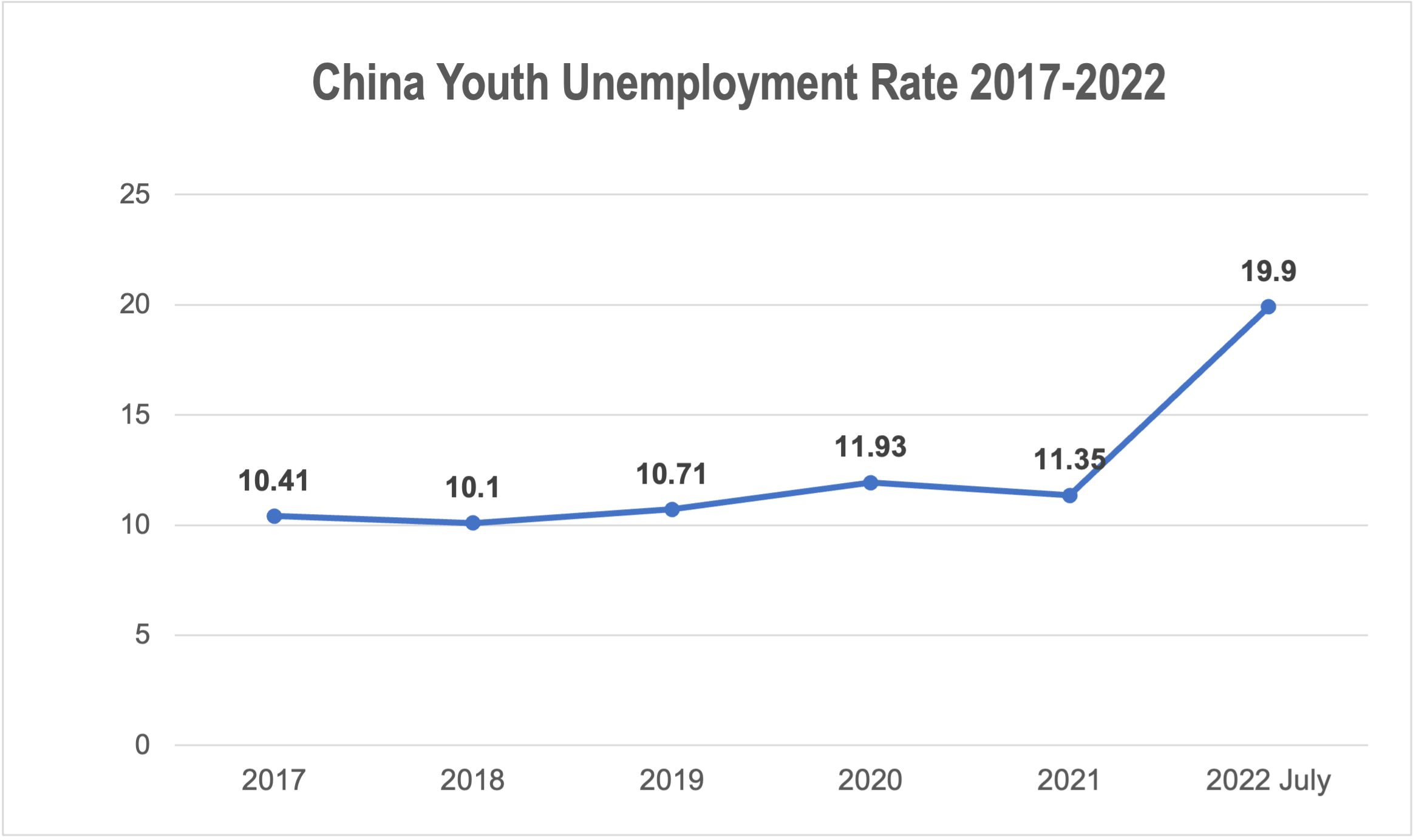 The economic changes in China have hit the young particularly hard, with China’s youth unemployment hitting a record high of 19.9 per cent in July 2022, significantly higher than the US rate of 7.8 percent in the same period. An article published in October by China’s leading financial website, EastMoney, predicted the number of university graduates choosing flexible employment would reach a new high in 2022 as a result of the pandemic and the current government crackdown on China’s real estate, internet and education sectors.

Some media outlets are characterising these changes as a positive. As the number of flexibly employed people peaked in February 2022, the Chinese official media outlet, Guangming Daily, published an article entitled – “Young people choose flexible employment, without worrying too much”.  The article says that, unlike older generations, Chinese youth seek jobs that “match their interests and professional skills” and prefer to work with greater flexibility. 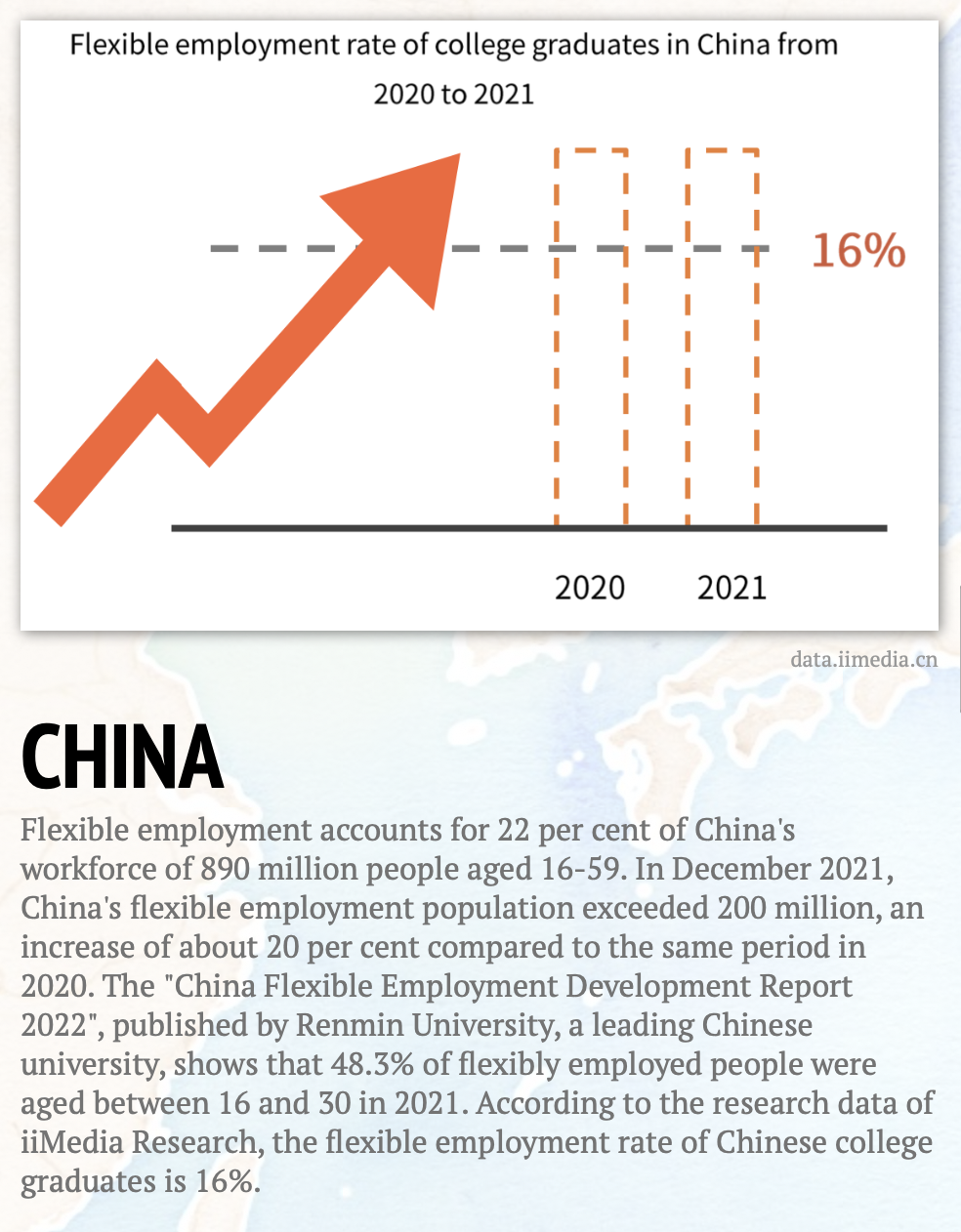 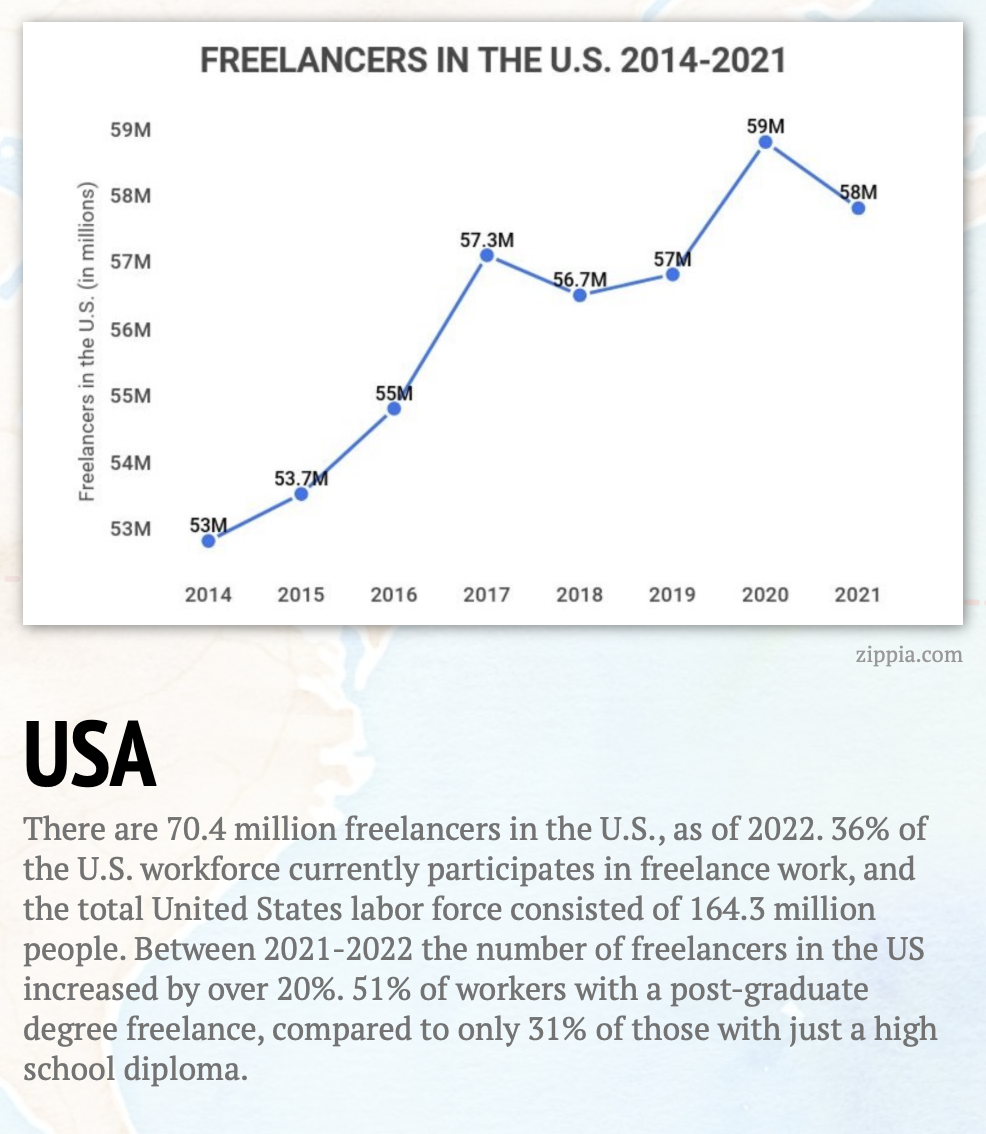 Yangjian Luo, 25, is a Didi driver from Guangdong, China. After graduating from university, Luo worked as a horticulturist in a company that provided services to the government. After gaining two years work experience, Luo quit his job to become a freelance horticulturist in 2021.

“It was the beginning of my nightmare. The Chinese real estate crisis started shortly after I quit. With the real estate industry’s collapse, the demand for horticultural design dropped significantly, I simply couldn’t get any orders,” said Luo.

After four months without any income, Luo chose to work part-time as a Didi driver to earn an income. “This is not the kind of flexible employment I wanted,” he said. 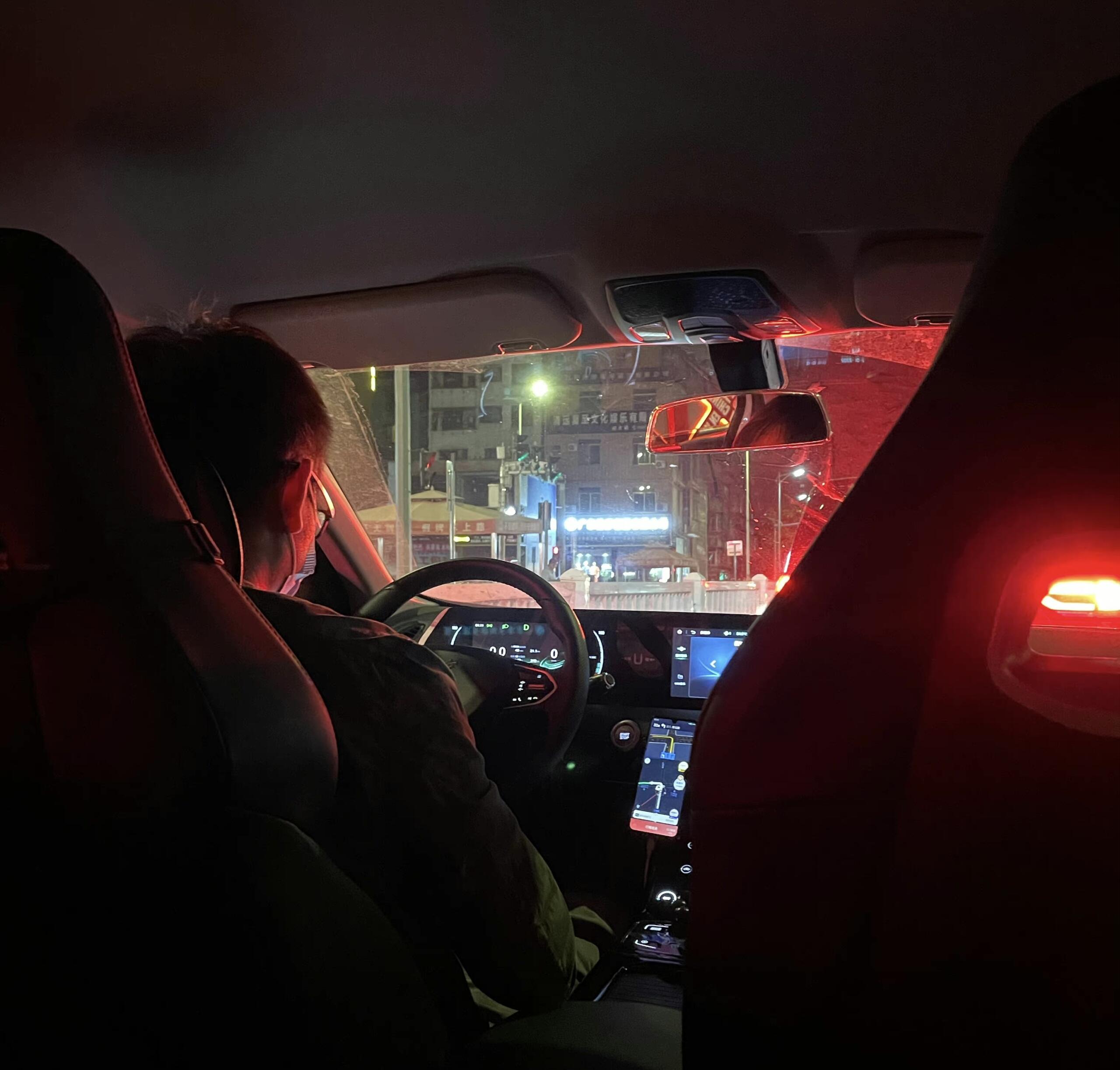 Yangjian Luo was forced to become a Didi driver after his freelance horticultural business closed during China’s economic downturn. He’s now been driving for four months with no prospect of any other work in the near future. Photo: Zhixin Zhang

Luo disagrees young people prefer to work flexibly and don’t want to work for larger enterprises or the government. He said, due to China’s economic slump, income from flexible employment is increasingly unstable and private companies are laying off many employees.

“In China nowadays, the civil servant is the best career option for young Chinese youths, not flexibly employed. Civil servants are the only profession in China that you don’t need to worry about losing your job,” he said. 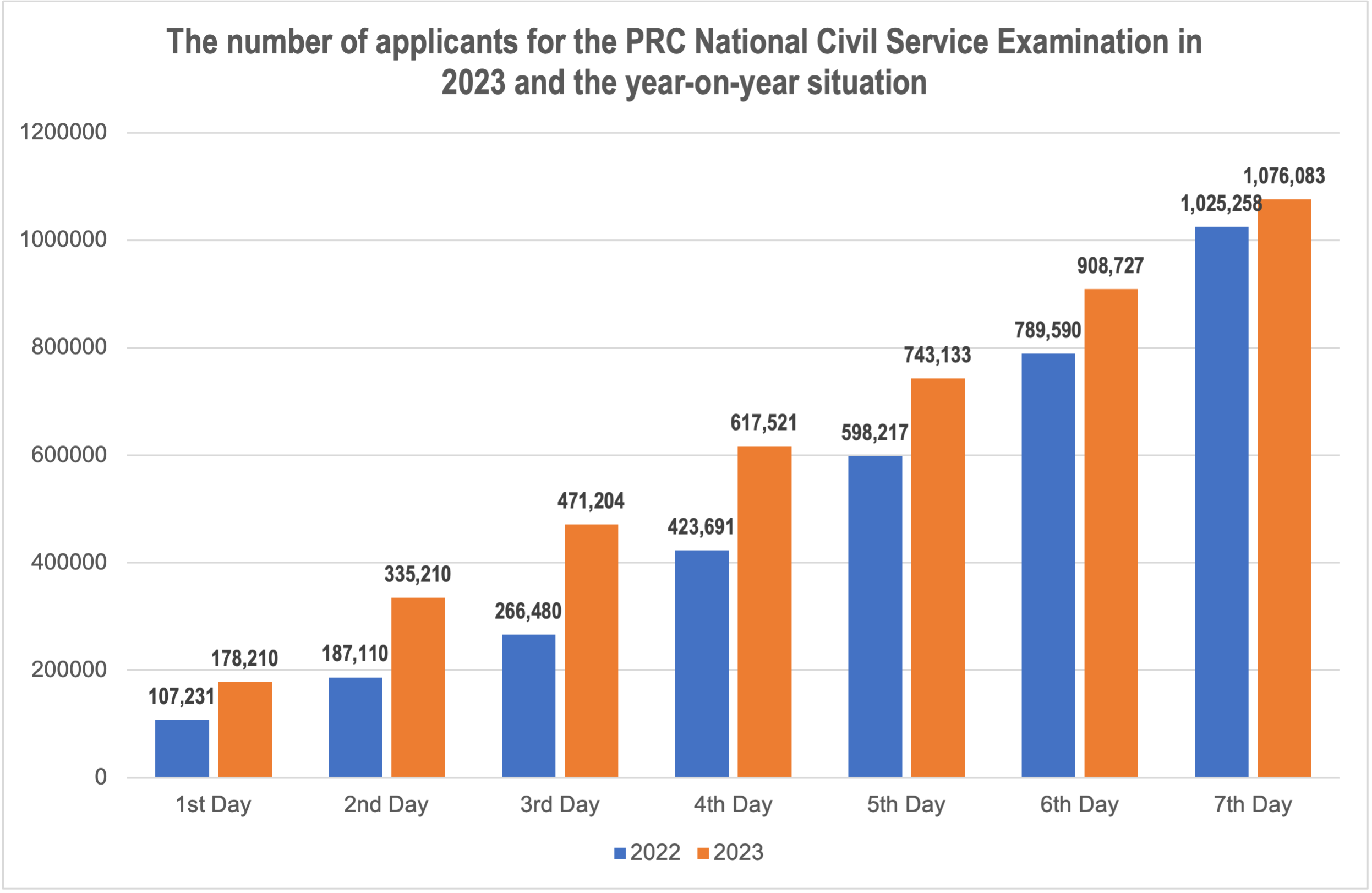 The number of applicants for the PRC National Civil Service Examination is rising each year. Source: bm.scs.gov.cn

According to statistics from Offcn Education, a leading China-listed national civil service examination training institution, the total number of applicants for the CNCSE exceeded one million on the seventh day of the application period as of 31 October, the highest ever for the same period.

Youzhen Liu, an expert from the Hato Education Research Institute, said in an interview with the Guangzhou Evening News; “The number of graduates this year is at a record high again, about one million more than last year. In addition, layoffs in Internet companies have led to massive unemployment, and the unemployed will also choose to take the civil service exam.”

“I don’t think anyone would choose a low-paying, non-legally protected job over a job like civil service because they want more flexibility,” Luo says.

According to research by iiMedia, 43.8 percent of China’s flexibly employed are earning less than 5,000 Chinese Yuan (A$1,000) a month in 2022. This is significantly lower than the average monthly salary income of 6,400 Chinese Yuan (A$1,280) for urban employed people. 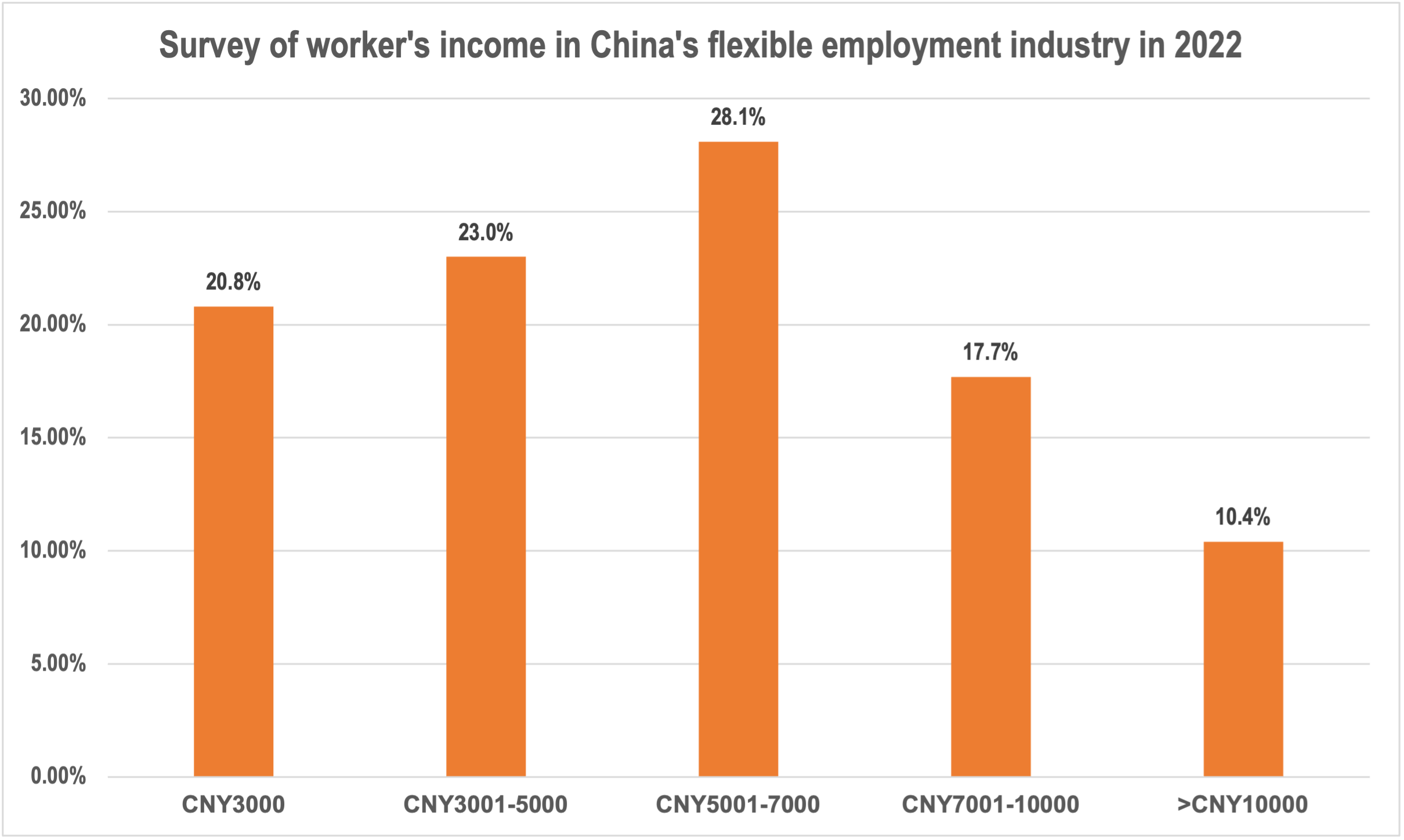 Mr Li, who asks that his full name not be used because he has not been given permission to be interviewed, is a consultant for the Human Resources Bureau of a city in Guangdong province.

“Flexibly employed people are not unemployed,” he said.

The Chinese government does not count flexibly employed people as part of the unemployment rate, but at the same time, allows them to receive unemployment allowance if they meet certain requirements. The regulations on flexible employment are ambiguous.

“Stephanie is one of a growing number of young Chinese turning to blogging to earn living. The university graduate said she found it difficult to get decent, full-time, paid employment.”

[Listen to Stephanie’s story at the link below]

Zhenwei Zhang, 28, a labour law lawyer in China’s Guangdong province, said his law firm has seen a rise in flexible employment-related labour dispute cases in the past two years.

“There are still a lot of legal grey areas about flexible employment,” said Mr Zhang.

“Most flexibly employed people have a civil contractual relationship with the companies, not a labour contract, and such a relationship is not protected by (Chinese) labour law.”

Mr Zhang explains that flexibly employed people are not eligible to pay their own ‘five insurance and one fund’ (i.e. pension, medical, unemployment, work injury, maternity insurance and housing fund) because labour law stipulates this can only be paid by employers for their employees.

“Most flexible employment legal disputes we deal with are related to work-related injuries, because most flexibly employed people do not have work injury insurance and do not have an employment agreement with the companies, so it is difficult for them to obtain compensation,” said Mr Zhang.

Mr Zhang is critical of China’s mainstream media portraying flexible work as an employment option with many advantages.

“Those young people who listen to this [sic] propaganda eventually find that their labour rights and income are not protected,” he said.

Liu said a key reason why he does not want to continue with flexible employment is that it is an unprotected job.

In September, one of Liu’s colleagues broke his leg in a motorbike accident while delivering takeaway. As Liu’s colleague did not pay the ‘five insurance and one fund’, as well as not signing an employment agreement with the company, he could not apply for any compensation.

“I’m very worried that this kind of thing will happen to me one day before I get a full-time job,” said Liu. 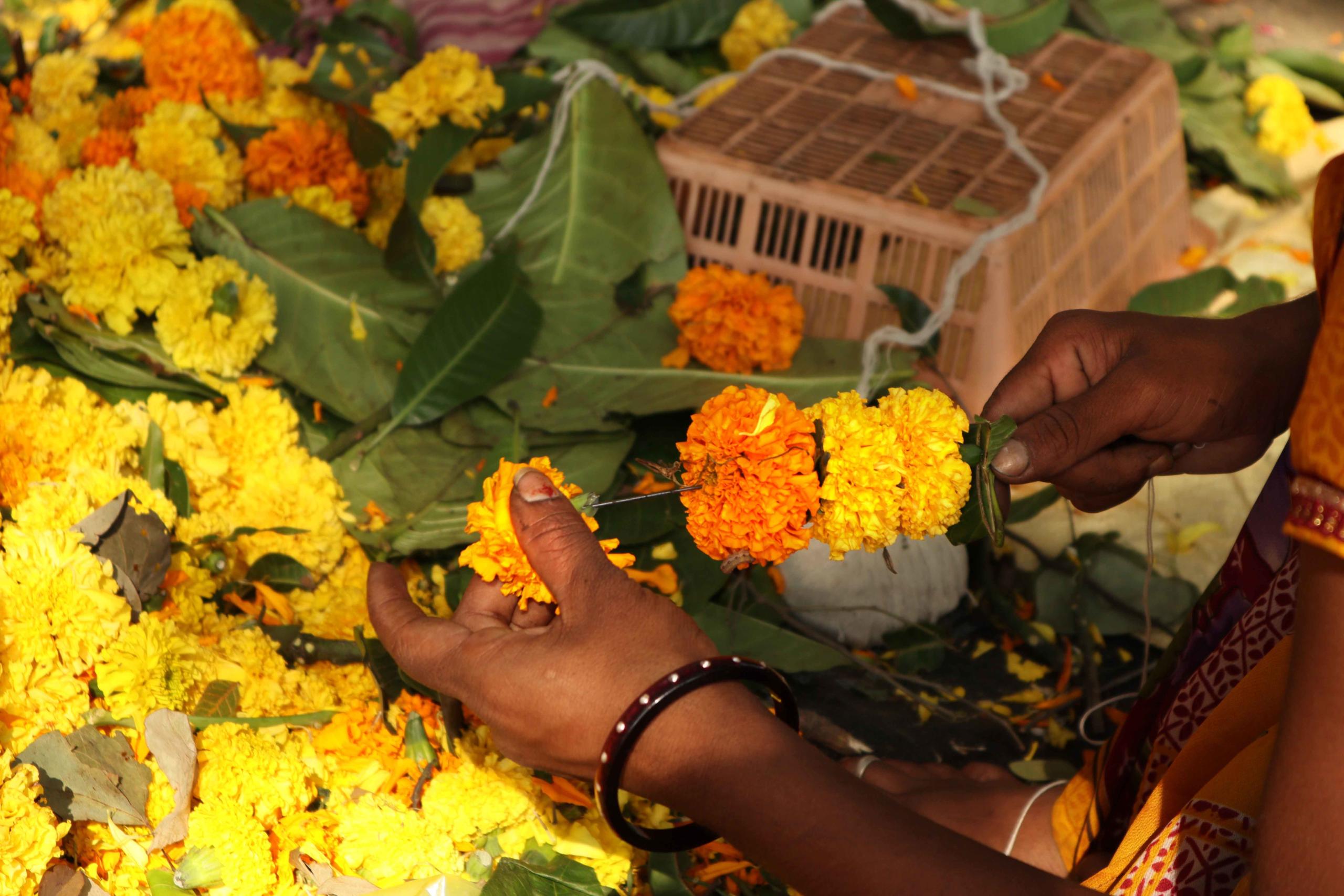 Words and photos by Prealene Khera 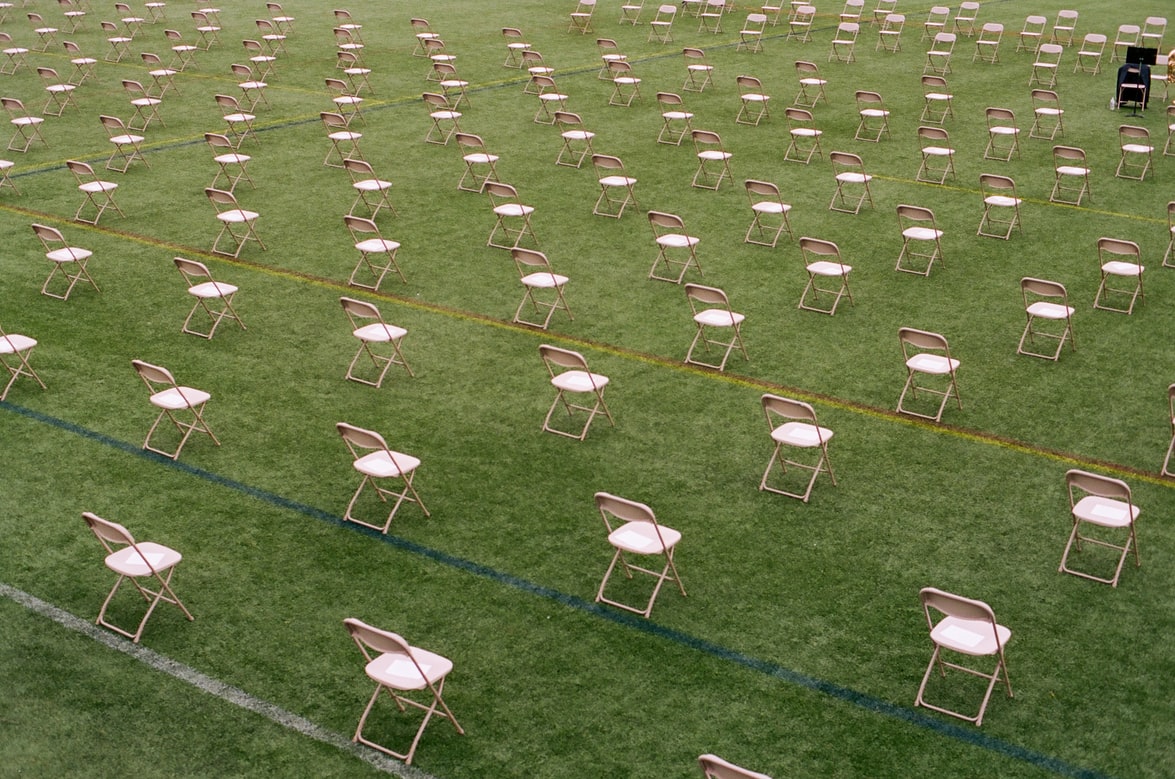 Reflecting on the challenges of remote learning