Imagining Bunjil in the foothills of Gariwerd (aka The Grampians)

Driving west from Melbourne towards The Grampians, travellers make their way through towns that reveal the gold rush era, and grazing land and cereal crops that speak to the advent of European settlement.

Words and video by Kate Aubrey

But this patchwork was once home to a rich community of Indigenous people, for whom The Grampians was recognised simply as Gariwerd.

In Aboriginal mythology the Kulin and Gunditjmara people’s creator, Bunjil the eagle, took shelter in a cave located in Gariwerd that contains important historical rock art and today forms part of the Black Range Scenic Reserve. 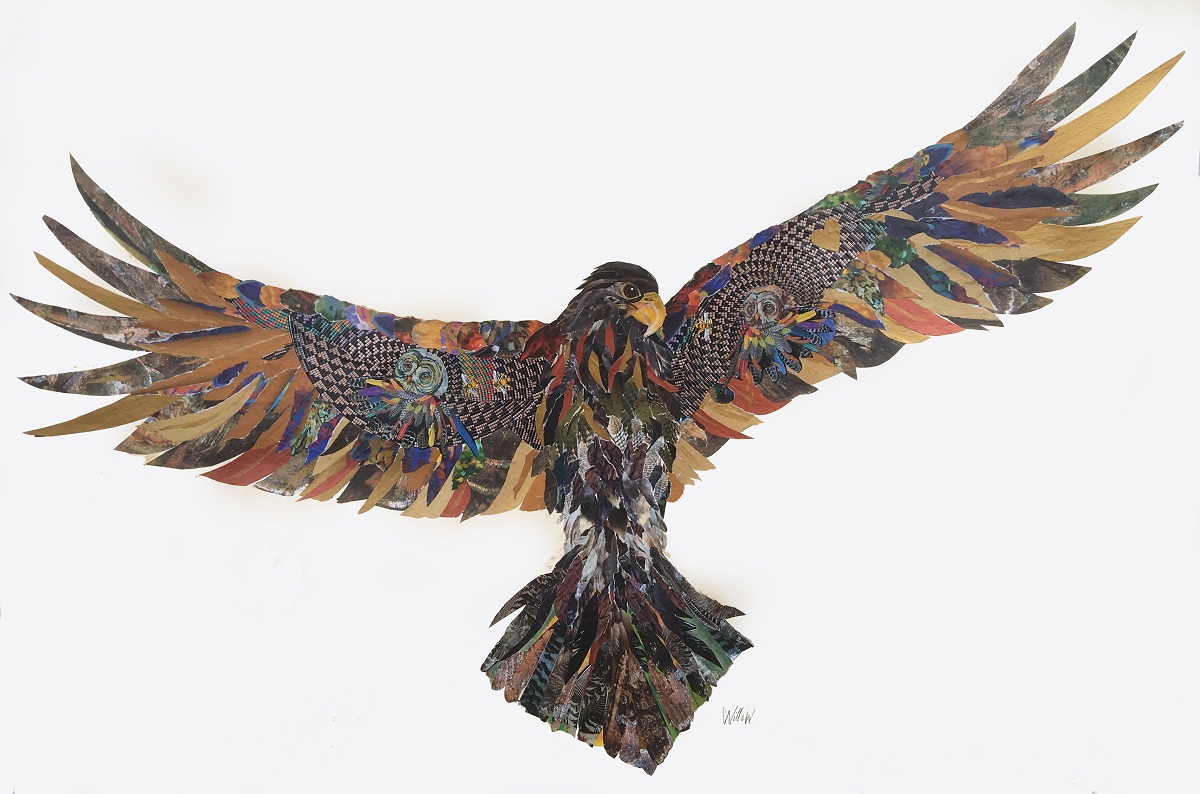 Now, Djabwurrung Indigenous elder Ted Lovett is hoping to honour the story of Bunjil by building a large scale monument of the eagle on private land among the foothills of the mountain range to “keep the tradition [of Bunjil] going.” The land is owned by a friend, local grain farmer Elyjah McLeod.

Mr McLeod said the plan was for a 16-hectare geoglyph of the Indigenous Creator – an image marked out of natural materials and visible from the sky — as a focal point for cultural learning, healing and education.

“You’ve got to keep creating stories that are inspiring, at a time when it’s a bit more challenging,” he added.

A stone sculpture of Bunjil was erected 10 years ago by the Wathaurong Aboriginal Co-operative in the You Yangs Regional Park, 60 km south-west of Melbourne, as a monument that can be viewed from a nearby lookout.

But there is no sense of rivalry. David Tournier, the Co-operative’s cultural heritage officer, welcomed new representations of Indigenous stories. “As long as they are done with respect and the community is involved,” he added.

The sharing of stories of the dreamtime is important to Mr Lovett, who frequently leads ‘Welcome to Country’ and smoke ceremonies at events across Victoria.

Now in his late 70s, he said creating new stories and marking important sites were keys to embedding Aboriginal culture in future generations.

“[White Australians] have books and stuff, but we have sites and places and things,” he said.

Like many Aboriginal Australians who went “through the system”, Mr Lovett spent eight years in youth training and boys’ homes.

“I was made a state ward, and that is what happened to a lot of our people, the Stolen Generation,” he recounted. “We became institutionalised. But there was always that feeling of coming back out to country.”

Many White Australians learn that Indigenous people have a strong connection to family, culture and the land, although grasping this fully can be challenging.

“We were all indigenous people at some point. An elder from Byron Bay told me: ‘You all came from a rich heritage, you all had celebrations and songs and dances and rituals.’ It is deeply within us all and perhaps this is what a part of this project is about, remembering.” — farmer Elyjah McLeod

For Mr Lovett and Mr McLeod, creating a space of Indigenous significance is a way to bring all community closer to country.

“We were all indigenous people at some point,” McLeod said. “An elder from Byron Bay told me: ‘You all came from a rich heritage, you all had celebrations and songs and dances and rituals.’ It is deeply within us all and perhaps this is what a part of this project is about, remembering.”

The land set aside for the geoglyph was once part of a soldier settlement after World War II, with just 120 hectares – a fraction of its former allotment – remaining.

The parcel is mostly cleared farmland, of which half supports a thriving canola crop, which forms part of Mr McLeod’s livelihood. However, he plans sectioning off a small area for the project.

The idea for the Bunjil monument evolved when the two men were planting trees on the property and Mr Lovett suggested planting them in the shape of his Creator.

Mr McLeod instantly liked the idea and asked an old family friend, artist Willow Ingrim, 70, to come up with a painting of Bunjil as a template for the geoglyph. She seized upon the chance to work on the spiritual totem. “Working with the alchemy of the eagle is truly a magical experience,” she said.

Mr McLeod said it would be impossible to replicate the intricacy of Ingrim’s design in the landscaped image, but it would be a strong pointer to what they hoped to achieve by using flowering native trees.

He hoped the project would encourage a conversation among Australians more widely about honouring and respecting the deep connection Aboriginal people have to the land, while paving the way for more genuine connections with Indigenous people and their culture.

“There’s been a deep silence and a burying of our past,” he said. “Some of us want to make things better.”

The two men are planning to launch the project in 2017 by seeking support from the community and local nurseries.