New estimates on the staggering economic hit of climate inaction

The economic damages of the COVID-19 emergency provide a bitter taste of what we face every year if Australia sticks to its present high emissions path, new modelling indicates. Benjamin Silvester reports. 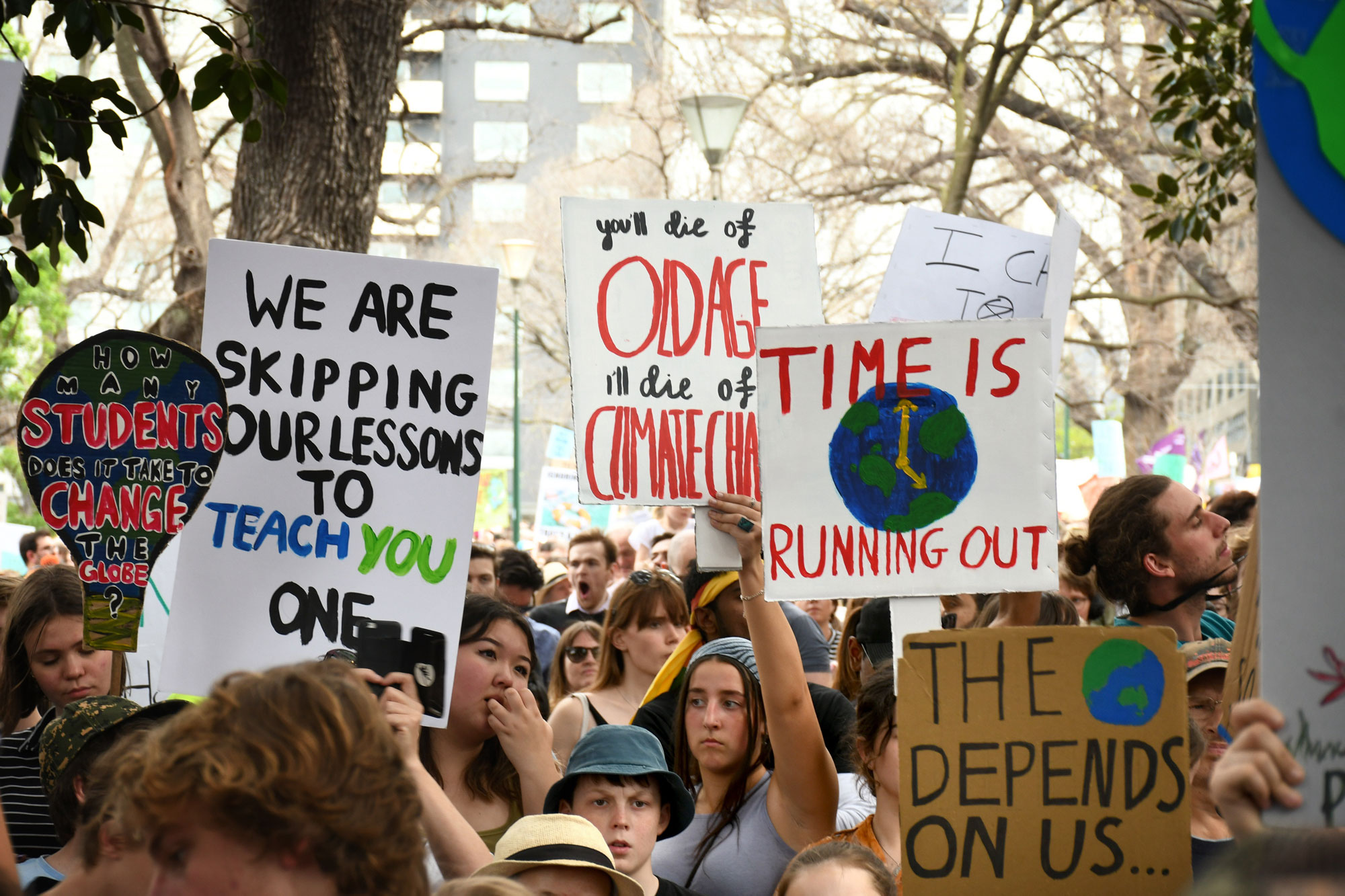 Over the next 30 years, increasing economic damages from climate change will cost the Australian economy at least $1.89 trillion – or roughly 4% of projected GDP each year – if current emissions policies are maintained, according to new research from the University of Melbourne.

By 2038, annual economic damages will be comparable to the current estimated annual cost of COVID-19 in Australia.

While there have been many attempts at estimating the economic cost of climate change, the researchers said this is the most detailed and globally comprehensive to date. The modelling covers 139 countries in four potential warming scenarios from now to 2100.

The projections draw on a modelling framework published by Kompas and his team in the journal Earth’s Future in 2018, and which they have continued to develop by updating data around bushfire damages, losses in biodiversity etc. Archie, 3 years old says “I have to save the world?” Photographed on the steps of Old Treasury Building during the Global Climate Strike Rally in 2019. Photo: Chenxi Gui

“There is no model in the world that is nearly this computationally large,” said lead researcher Professor Tom Kompas of the University of Melbourne’s School of Biosciences. “It’s as much as ten times larger than standard basic models.”

John Quiggin, a University of Queensland economist who sits on the board of the Australian government’s Climate Change Authority, said that the $1.89 trillion figure was “reasonable” and definitely not “out of the ballpark”.

The detail Kompas and fellow researchers built into their projections allowed them to drill down and discover how each individual country will be affected by rising temperatures at particular points in the coming century, whereas previous models could only provide average damages across large regions or for the globe as a whole.

It found the global economic impact of climate change varied enormously, with countries nearer to the equator suffering most.

By 2100 the GDP of West African countries like Togo and Cote d’Ivoire will be falling by 25% year on year. Southeast Asia will be hit almost as hard, with countries like the Philippines and Indonesia recording annual falls of around 20%.

On a global level the effect, while less acute, is still severe, with global average GDP falling by 7.2% (more than $23 trillion USD) each year by 2100. The cumulative global economic damages from now to 2100 were found to be more than $600 trillion USD.

In Australia, greenhouse gas emissions dipped marginally (0.3%) in the year to September, having grown steadily over the past seven years, but they are projected to start growing again in the coming decade. Global emissions are following a similar course.

If this trajectory is maintained, the research found that the economic cost of climate change for Australia alone will total at least $1.89 trillion by 2050 and exceed $100 billion in annual damages by 2038.

In separate research, Kompas and his colleagues have modelled the impact of the COVID-19 pandemic to the Australian economy under an eight-week national shutdown, projecting a cost of $100-$120 billion, depending on how long it takes to return to “normal” economic activity.

These figures are in line with the latest treasury estimate of an average $104.6 billion over the 2019-20 and 2020-21 financial years, with treasurer Josh Frydenberg describing an “economic crisis like nothing we have seen in the last 100 years.”

The resurgence of the virus in Melbourne, which has plunged the city into stage 4 restrictions, may cost the national economy a further $7-9 billion, according to treasury.

Kompas described the impact of the pandemic as “devastating”, but he said it also puts the huge economic threat of climate change into context.

“By 2038, on average projections, climate change may well be dealing a COVID-sized blow to the Australian economy every year… [it] will imply more job losses, unemployment and deeper cuts in GDP. And those damages will continue to increase disproportionately year after year.”

Much of the economic damage will be from rising sea levels wreaking havoc on property, infrastructure and agriculture along the coast. Kompas calculates damages of more than $992 billion over the next three decades, or over $30 billion a year, on average, from sea level rise and storm surge alone.

The modelling also predicts productivity losses of $261 billion as rising temperatures make it harder for certain crops to grow and for outdoor labourers to work, while losses in biodiversity total $277 billion with thousands of species at risk of extinction.

“Many of these damages ramp up over time,” said Kompas. But he said Australia is already getting a taste of what’s around the corner, the past “Black Summer” bushfires being an example.

The researchers tallied up the damage to property, infrastructure and agriculture caused by the recent bushfires, assessing the cost at $48 billion. And with research suggesting Australia will have two more “megafires” before the end of the decade, Kompas calculates that by 2050 bushfires will have cost the economy around $360 billion .

Kompas said the $1.89 trillion cost to the economy in the next 30 years is almost certainly an underestimate. His research does not yet account for damage to Australia’s major environmental assets, pollution from burning fossil fuels, tourism losses and natural disasters other than bushfires.

“It’s still really a narrow set of damages… and even when you think about these severe damages, we’re still greatly underestimating overall potential impacts.”

In 2016 Australia was one of the 195 countries that signed onto the Paris Agreement, which aims to limit global warming to between 1.5 and 2 °C above pre-industrial levels. In its 2018 interim report, the Intercontinental Panel on Climate Change said this would be extremely unlikely if global emissions don’t reach “net zero” by 2050.

The federal government has refused to commit to this target, saying their approach “is not to have a target without a plan”. But Kompas said the cost of meeting the target is a small fraction of the damages if it’s not met.

In a separate study, now under peer review, he calculated that achieving net zero emissions by 2050 in Australia would cost $106.81 billion over the next 30 years. This accounts for the loss in exports moving away from carbon, the cost of changing land use and the transition costs of moving to renewable energy.

“So when you compare the damages from climate change to the cost of a net-zero renewable target, the cost of the target is a hell of a lot less. Instead of almost $2 trillion it’s about $100 billion,” he said.

“It’s a no brainer to move to a clean energy target.”

This story is co-published with The New Daily.