Investors are hoping to make big bucks from newly legalised medical cannabis companies but are their hopes little more than a pipe dream, and what’s it like to live next to a cannabis farm anyway? Rosalee Kiely investigates 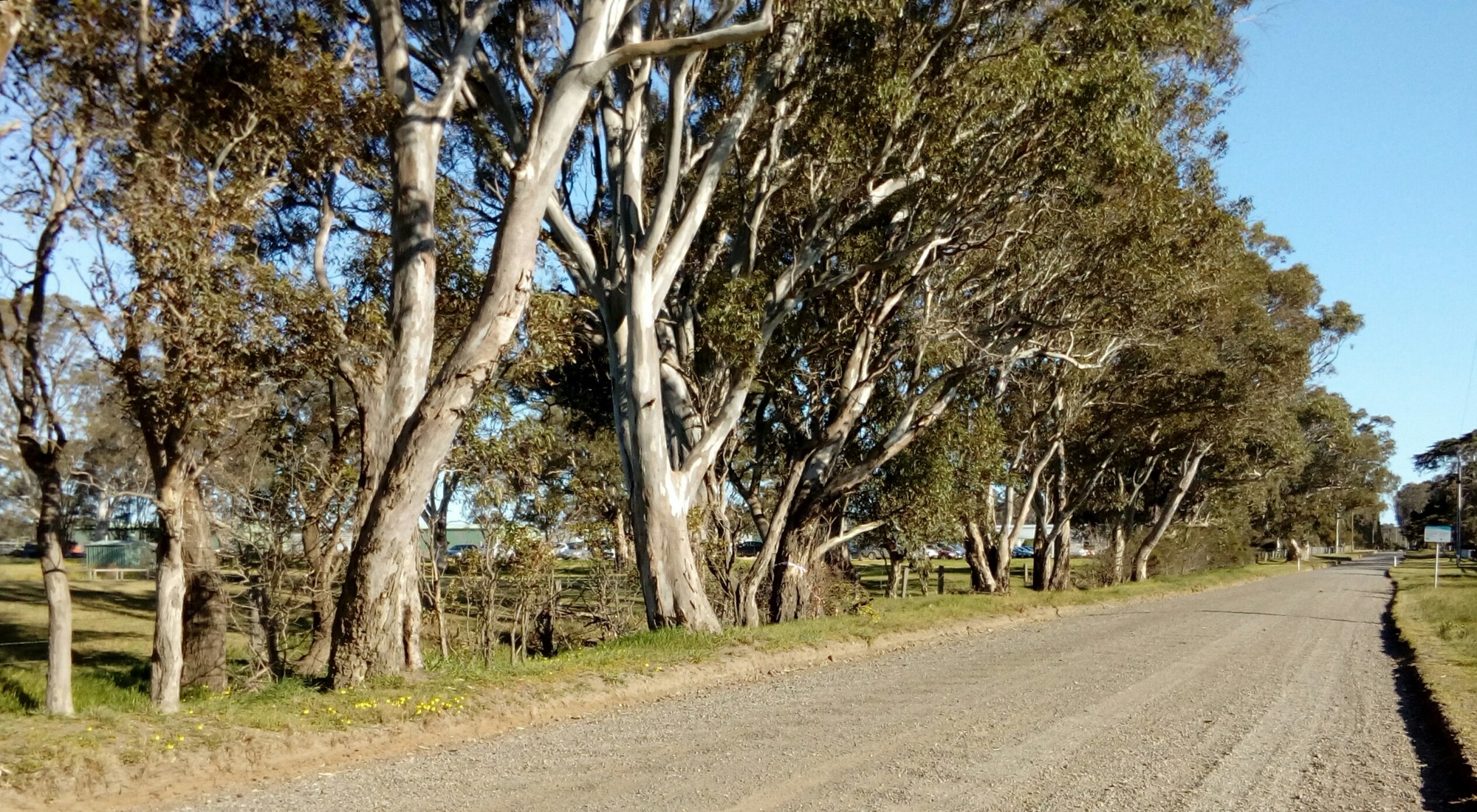 Off a eucalyptus-lined dirt road in Skye, Victoria, a new company is hoping to turn potting mix into paydirt  and green into gold.

Althea Group Holdings (ASX:AGH) is the latest of more than two dozen small cap “pot stocks” to list on the Australian Securities Exchange (ASX) since the cultivation of medical cannabis was legalised in Australia in 2016.

Althea raised $20m in September when it floated on the ASX which it plans to use to build and run a 4000 square metre cannabis farm in Skye, just outside Frankston.

As medical cannabis becomes legalised around the world, business opportunities that were previously confined to the black market are opening up in traditional investment markets like Wall Street and the ASX.

In Australia, analysts from Australian Stock Report are calling companies making medical marijuana “the hottest stocks in the present moment”, pointing to “wild share price movements”, and more than 130% increase in share price of some companies, but The Australian is also warning that investing in some of these new companies is “close to pure gambling”. The rocket before the rock? Market capitalisation of ASX-listed cannabis companies to 2017. Source: EverBlue Research. Open image in a new tab to know more.

Mr Fegan heard stories, he said, that made him think “this stuff can really change lives”. But he spotted that when there was a legal market, “there was absolutely no supply” so he looked overseas where medical cannabis had been legalised for several years and formed a relationship with one of the largest Canadian medical cannabis companies, Aphria.

The Canadian company took 25% stake in Althea and has agreed to supply all five of Althea’s cannabis products, as well as supplying Althea with 200 cuttings to kick off growing in Skye.

Althea Holdings debuted on the ASX fairly spectacularly. From an issue price of 20 cents, the share price almost tripled on the first day of trading to close at 56 cents, although it has dived down along with the All Ordinaries in recent times and is currently around 40 cents.

But while Mr Fegan has an eye for a gap in the market he doesn’t have the CV of a standard CEO. According to his LinkedIn profile, from 2008 to 2011 Mr Fegan held management roles at Strathfield Group before it went into administration in 2009, but was never a top executive.

Australian Stock Report calls management a “critical factor” for success, and cautions investors that management teams will have “no experience” in developing business plans that cater to the unique regulatory and demand characteristics of the emerging industry.

The report warns this may “bring management mistakes”, it says, as managers anticipate supply and demand that may or may not eventuate, leading to disruptions and unanticipated cost. Mr Fegan encountered the rigours of the ASX when it took the unusual move of requesting resubmission of the Original Prospectus on the grounds that further information was required.

Mr Fegan calls Althea Holdings’ listing on the ASX “no mean feat”, and there is no suggestion to date that the company has made any supply and demand mis-steps.

The company made its first sale in May 2018. Receipts from customers in the September 2018 first quarter totalled $28,000, whilst business costs were $1.5 million. The Australian reported in September that the only cannabis company to turn a profit in its recent annual results was Elixanol — for $120,000.

In these early days for start-ups in the cannabis industry, Australian Stock Report says it is critical to investors that cannabis related companies establish positive cash flow and turn shareholder investments into sustainable profits.

But getting anywhere near to positive cash flow will require a monumental increase in prescription of medical cannabis to the estimated 166,000 potential patients in Australia. To wit, Althea is spending 18% of funds raised under the Offer for marketing and patient acquisition, and their business model focuses heavily on making it easier for, and educating doctors to prescribe medical cannabis. Getting higher: number of medical cannabis patients registered in Canada between 2014 and 2018 at end of the June quarter. Source: Government of Canada. Open image in a new tab to know more.

Australia has a “unique opportunity” to carve out a new economy, Mr Fegan said. For Althea, it means a business plan that “doesn’t include profitability in the very, very short term”.

Prescription of medical cannabis is tightly regulated in Australia, and available only through a “Special Access Scheme (SAS) Category B” application approved by the Therapeutic Goods Administration (TGA), or from one of just 42 “authorised prescriber” doctors.

But Mr Fegan points to Canada as a similar market to indicate the market potential in Australia. Of a population of 35 million, numbers in Canada took a slow burn until usage surged from 8000 registered patients in 2014, to 330,000 at the end of June this year.

Medical cannabis has been legal in Canada since 2001, and recreational usage was legalised on 17 October 2018. There are now over 100 medical cannabis companies in Canada.

“They [patients] are definitely out there, they just need someone to turn to”, said Mr Fegan, who in October announced the company’s one hundredth patient.

“In terms of where the numbers go, it’s really up to the doctors.”

Mr Fegan sees medical cannabis as “absolutely” a front-line treatment of first choice, pointing to the 4% of anxiety suffers in Australia as a potential source of market growth.

“It’s quite likely that, at the end of the day, medicinal cannabis will have a significant but very small role to play in a suite of options to offer”, Dr Bartone said. However, potential patients for medical cannabis might be put off by the prohibitive cost of legal supply.

Victoria Health states that the cost of legal medical cannabis can vary from between $100 to $1000 per week. Michael Balderstone, President of the Australian HEMP Party and Nimbin Hemp Embassy, told The Citizen that the average price for cannabis on the black market is $10 a gram for dry flowers, and around $300 a gram for extracted oil. Average consumption in Canada per patient is around 2.1 grams of dried flower per day.

The likes of Althea are also expected to face competition from other medical cannabis companies. Australian Stock Report warns that new players entering the industry are expected to “accelerate”. Althea is one of 17 companies listed as licensed importers on the Office of Drug Control website as of October 2018, but this number is likely to grow.

Althea expects competition, Mr Fegan said. And “if anything”, he encourages it because it will drive the price of medical cannabis down.

The Garden State is betting on medical cannabis too, with the Department of Agriculture announcing plans earlier in 2018 for Victoria to supply half of Australia’s market, or 83,000 patients, by 2028. And the department expects Victoria to become a “major exporter” of medical cannabis alongside the Netherlands, United Kingdom, United States and Canada. Countries around the world are increasingly seeing the medicinal—and also the monetary value—of legalising cannabis.

Research from EverBlu, a Sydney-based financial advisory says that Europe is likely to emerge as the world’s largest medical cannabis market, worth an estimated €50 billion per year once laws and infrastructure are in place. The worldwide legal cannabis market is expected to be worth $US63.5 billion by 2024.

The export market does present a “significant opportunity”, the Althea prospectus says, but production for the Australian market is the “short term focus” for now.

Back in Skye, some neighbours to the proposed facility declined to speak to The Citizen, but all were unperturbed by the prospect of medical cannabis growing on their doorsteps.

“When you’re my age and you’ve got this much pain, I can see myself in a couple of years, if it was [legally prescribed] I would [use medical cannabis]”, said horse agister and Skye resident Ray Mathews. “When you get disease in your bones, it’s not that much fun to wake up in the morning.”

Time will tell how the medical cannabis industry fares in Australia, if the opportunities will outweigh the risks, if the boom will bust, and if, one day, investors will reap the rewards of their investment. 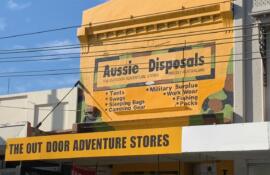 Brother, can you spare a Bitcoin? How about change for some Ether? Operations at an Amazon.com Fulfillment Centre. Photo/ Bloomberg, via Getty