The silver lining of lockdowns, combined with the security of JobKeeper, was the opportunity it provided for some people to pause, take stock, re-set. Chloe Macmillan tracks one such story for our ‘Life After Jobkeeper’ series. 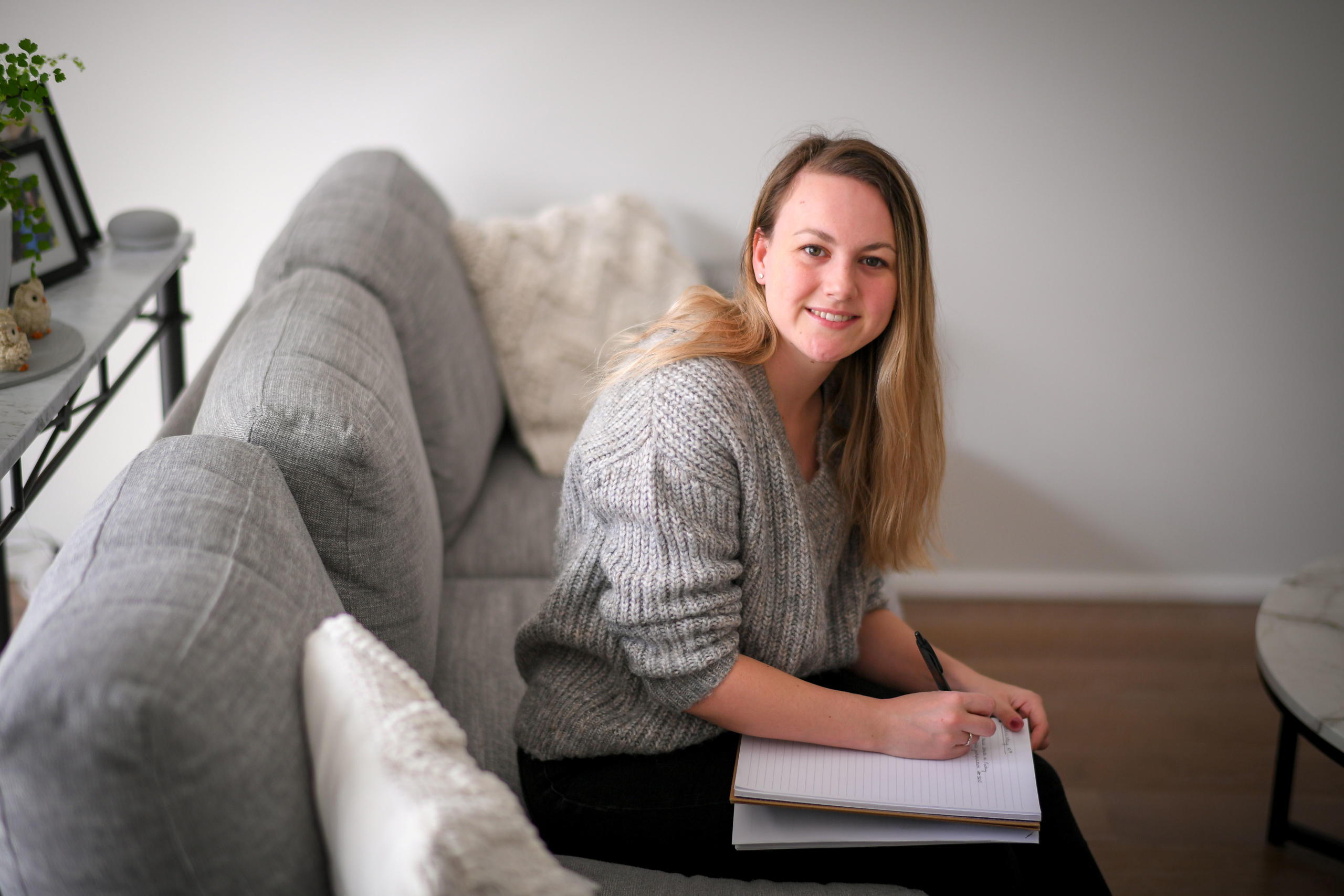 “I kind of started to feel guilty if I wasn’t working,” recalls Jessica Binion of her time on JobKeeper. “You shouldn’t have to feel guilty for wanting a day off during a pandemic." Photo: Eddie Jim/The Age (with permission).

Bright, bubbly and emphatically blonde, Jessica Binion is everything you might imagine when you hear the term “cheerleader”.

“Being thrown in the air is like nothing else I have ever experienced,” she says. But it’s not all about the adrenaline. What kept her turning up for training and performances for 11 years of competitions was the bond she felt with her teammates.

Cheerleading went from being a recreation to a way of life for Ms Binion, 26, who moved into coaching the sport six years ago. When Melbourne was thrown into its first COVID19 lockdown last year, she was working full time at a cheerleading gym.

Coaching and administration staff continued to work throughout the year of pandemic restrictions, beaming online classes to athletes from their homes. The abrupt switch from live to remote training was challenging, rethinking techniques and approaches that would work in the virtual world.

“It was a complete whirlwind, and there was also the challenge of teaching a sport that can’t really be done on your own, let alone on Zoom in your living room.”

Ms Binion started receiving JobKeeper from the gym at the beginning of April 2020, and the payments continued through to the end of the program in March.

Reflecting on the subsidies scheme and what it meant to her, she describes some mixed feelings.

“I was very, very grateful that I did have an income, but it was hard to not resent it in the end.

“I would be working really hard and doing 25 hours a week and pushing myself to do that, and then there were other employees who were doing an hour a week and getting the exact same pay,” she says. Instead of returning to her previous work life, Jessica Binion started working part-time as a classroom support and returned to university to study education.“That’s kind of a positive that came out of COVID.”  Photo: Eddie Jim/The Age (with permission)

When JobKeeper was hurriedly launched as the emergency escalated, all employees eligible for the scheme were entitled to receive the full payment of $1500 per fortnight. This was changed in September, adjusting the amount of money an employer could receive to the hours an employee had worked.

Compounding the other stresses of Melbourne’s long months of restrictions, Ms Binion says that while the payments provided financial security they also took a toll emotionally.

“Obviously it was only 25 hours a week, but even that by August, mid stage 4 lockdown, was exhausting.”

On the upside, assisted by the fact that she spent Victoria’s lockdowns at her parents’ place in the Yarra Ranges, “I was able to take control of my finances and save a lot more than I had in the past because I wasn’t out spending”.

Australian households saved over $200 billion during the pandemic, likely due to increased economic support and fewer spending opportunities throughout the year.

When JobKeeper came to an end and Ms Binion considered her options, that nest egg gave her some choices. In December, she and her partner found a new place together.

And instead of returning to her previous work life, she’s started working part-time as a classroom support assistant in a junior school and returned to university to study education.

A report from ING group published in March found that one in three Australians have chosen to focus on their career goals and education after the pandemic, with lockdowns providing the perfect opportunity to reflect and think through life decisions.

“That’s kind of a positive that came out of COVID,” she says.

“I had a bit of a forced pause after a decade of going non-stop, and had the chance to be like ‘oh no, it’s time to relax a little bit and take the time to concentrate on things like uni and slow down a little bit’.”

This story is part of a special reporting project, Life After Jobkeeper, co-published with The Age.