For creatives on the cusp, 2020 is one long, heartbreaking performance

Pursuing creative success and stardom has never been for the faint hearted. The cruel blow the pandemic has dealt to aspiring artists now casts a shadow over many dreams. Sean Goodwin continues our series Generation Coronavirus. 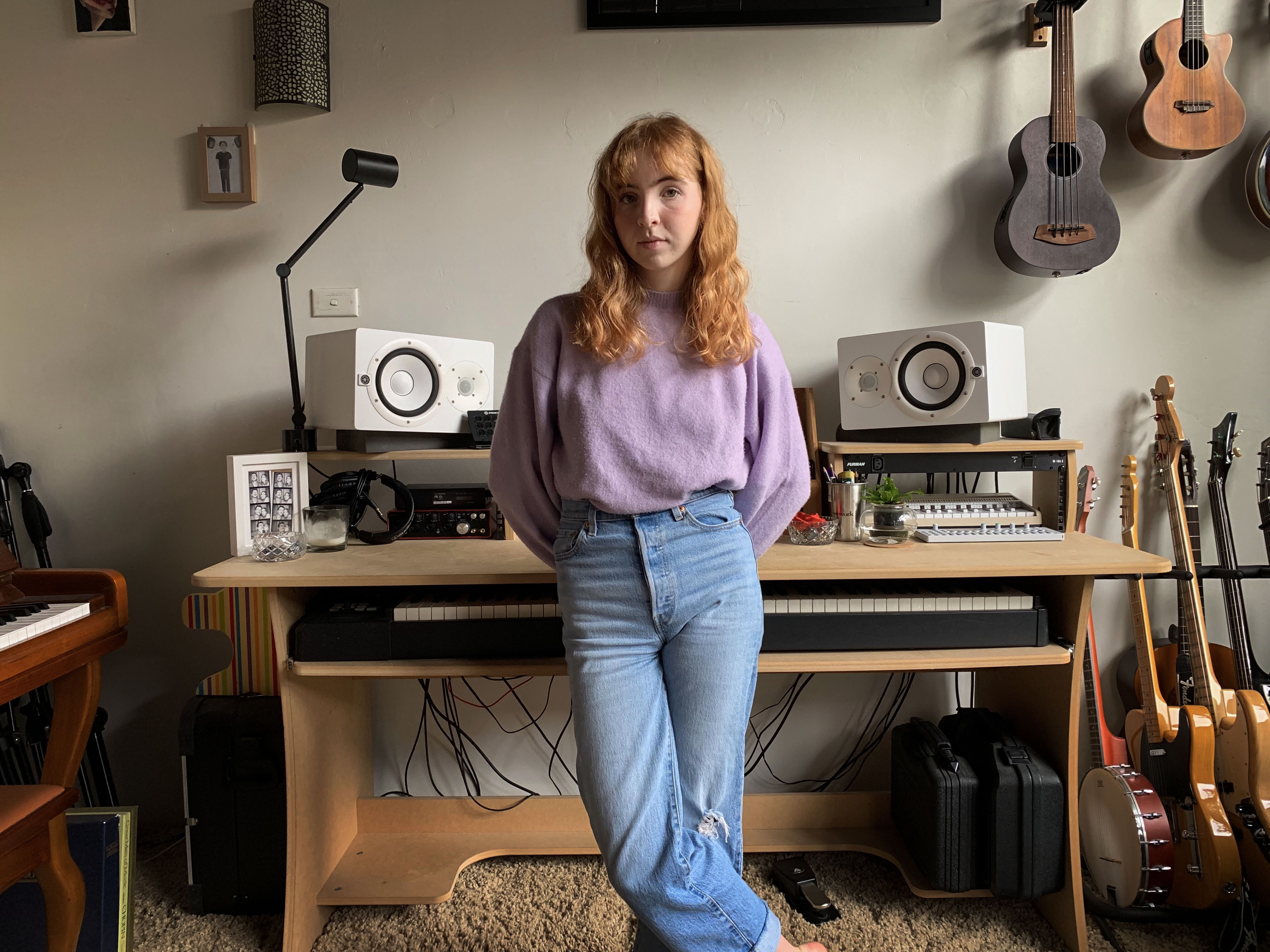 "In times like these, we all turn to art to entertain us, take care of us, heal us but we aren't given any means of support to sustain it" - Musician Ivy-Jane Browne. (Image - Supplied)

Now 21, she has had a first glimpse of success. Last year, she released her debut EP, won best Australian music video at the Clipped Music Video Festival, and performed with the Tasmanian Symphony Orchestra.

This year, she was booked to support pop artist LANKS and was awaiting a grant from the Sydney Conservatorium of Music, where she studies, towards a US tour.

But when large gatherings and international travel were banned, Browne’s work stopped overnight.

“The tour would have made a big difference in my career, but I’ll make it happen in a different way,” she says. In 2019, musician Ivy-Jane Browne got her first taste of success, with her first EP recorded and an award for her music video. She was supposed to be touring in the US this year.

Creative industry workers are some of the hardest hit by the coronavirus lockdown and will be some of the last to benefit from a gradual re-opening.

In NSW, venues such as theatres and concert halls have no maximum number of people allowed, but they must maintain social distancing. In Melbourne and regional Victoria, with lockdown restrictions only just beginning to ease after weeks of curfews and travel limits, all these venues are shut.

Browne lost her casual job in the ticketing service team at the Sydney Opera House. Government venue staff like Browne don’t qualify for the employment subsidy program, jobkeeper. Other creatives can miss out if they haven’t been with the same employer for more than 12 months, a rarity in the freelance-based industry, although sole-traders may be eligible.

The pain in the arts community has been acute, especially for musicians who rely on live performances. The live music sector employs 65,000 people and generates more than $15b a year, according to a recent report. They are overwhelmingly self employed or freelancers.

There are tentative signs of hope, including plans in NSW for 1000 coronavirus-safe gigs in November.

Browne lived off her savings for three months – she is considered dependant on her parents, even though she receives no financial support from them.   “I was very frugal, but I’m not sure how long that would have lasted. I went through a third of my savings.” Recently, she got a part-time job in retail. A performer since she was a child, Ivy-Jane has followed her dream despite the “stigma” around creative careers, “which is used to make people the same and pick safer bets. It feels contradictory”.

She lives with her partner, Ollie, in a studio loft at the back of his parents’ home in Lilyfield. “Ollie is on jobkeeper, so he’ll always offer to get the groceries, but I’m very uncomfortable with that and I’ve still been contributing equally. I’m trying to maintain a sense of independence, but it’s hard.”

Browne understands that an artist’s life can be insecure, but she is dismayed about how it is undervalued.

“There’s a dialogue we’re fed that creativity isn’t a worthwhile or fruitful career, which is untrue.”

“There’s a stigma which is used to make people the same and pick safer bets. It feels contradictory.

“In times like these, we all turn to art to entertain us, take care of us, heal us but we aren’t given any means of support to sustain it.”

It’s a “blessing” to have the equipment to continue studies and creative projects at home, but collaborating by correspondence isn’t easy.

“If we were in the same room, we would be offering ideas and critiques in real time, so things just take a lot longer when we’re sending files back and forth.”

Browne’s day-to-day is further complicated by severe asthma. She has 60 to 70% lung capacity, putting her in one of the high-risk categories for falling seriously ill with COVID-19, according to the World Health Organisation.

Another challenge has been living with anxiety, often linked with her asthma.

“I’ve had days where I’ve felt incredibly upset and incredibly anxious and just the worst, but you just have to let yourself feel the emotion and know that it will be better tomorrow.”

“I find cooking very therapeutic; you’re doing something that’s good for your body. It’s a really underrated form of self-care.”