Establishing specialist clinics, especially in the regions, would likely liberate thousands of Australians from chronic pain, and save Australia millions of dollars, reports Krati Garg. 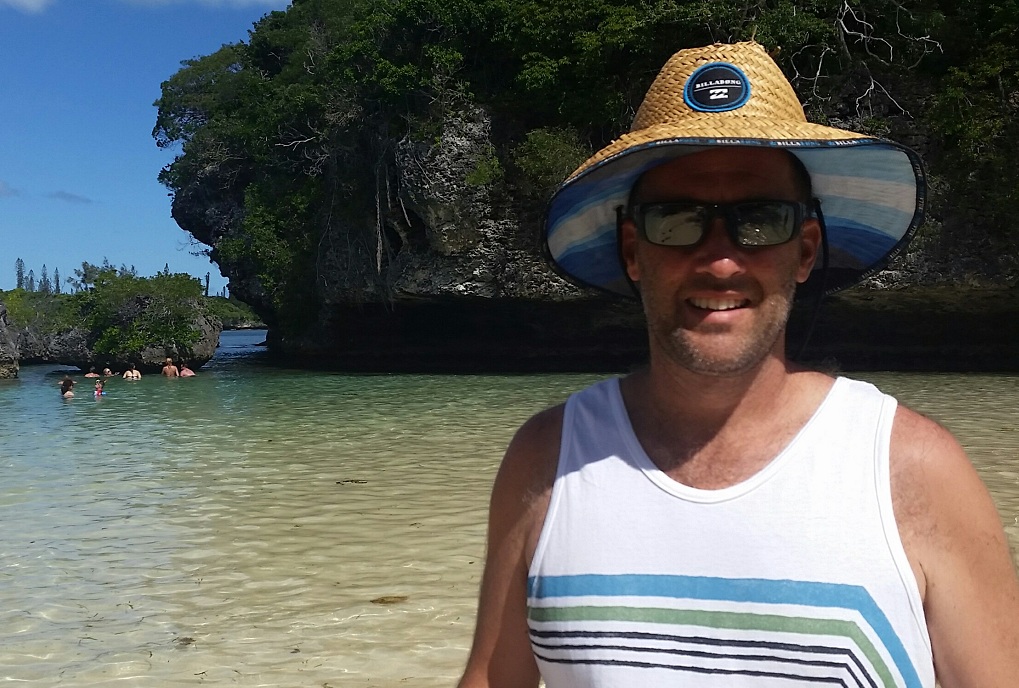 A holistic approach to his chronic pain helped free Peter Panagiotopoulos from a cycle of drugs and surgery. PIC: Supplied

For more than two years, Peter Panagiotopoulos found himself trapped in a cycle of prescription drugs, surgeries, more drugs and more surgery, as he battled the debilitating effects of a back injury.

He had suffered the injury in 2008 while working at a metal recycling business in Sydney and regularly scored his pain 10 out of 10, despite being on a cocktail of analgesics.

But after two years of feeling “completely knocked out”, the breakthrough came when the 43-year-old finally accessed the pain management program at Sydney’s Royal North Shore Hospital.

Today, nine years after the injury, Mr Panagiotopoulos puts his pain at a manageable seven out of 10. He is drug-free and back at work, successfully managing his chronic pain through techniques he learnt at the clinic.

“I had to take charge of my pain and work out by trial and error what would make it better,” he says.

Chronic pain is fast becoming a chronic problem for Australia.

“If you are out there [in a remote community] as a GP by yourself, [and] you don’t have a pain clinic down the road, and you don’t have easy access to a psychologist or a physiotherapist who are confident in assisting in pain management, then you are more likely to prescribe opioids for [chronic] pain.” — Prof Michael Nicholas, chronic pain expert

According to the advocacy group Pain Australia, chronic pain affects one in five people, including one in three over 65.

Given the nation’s ageing demography, the number of Australians living with chronic pain is expected to rise to 5 million by 2050. Already, it is costing the economy an estimated $34.3 billion a year — equal to $10,847 for each sufferer.

But pain experts say that a holistic approach towards managing chronic pain — through patient-driven programs at dedicated pain clinics — is far preferable to conventional pharmacotherapy, and stands to deliver big savings over the longer term.

Indeed, recent studies have found that while opioid prescriptions Australiawide have been climbing, the number being issued in pain clinics are on a small but significant decline.

Professor Michael Nicholas, the director of pain education and management programs at Royal North Shore, says that the key to managing chronic pain is in understanding the problem and the limits of medicine and surgery.

“Chasing the elusive cure can lead into traps for both the doctor and the patient,” he warns.

The effect of that reality is exposed in new analysis of Pharmaceutical Benefit Scheme data, which shows that people living in low socio-economic areas and remote parts of Australia are being prescribed opioid pain-relieving medication at rates up to 10 times that for other communities.

“If you are out there [in a remote community] as a GP by yourself, [and] you don’t have a pain clinic down the road, and you don’t have easy access to a psychologist or a physiotherapist who are confident in assisting in pain management, then you are more likely to prescribe opioids for [chronic] pain,” says Professor Nicholas.

In what is essentially the states’ responsibility, NSW is a standout in managing pain, operating a world-leading program since 2012 and recently committing additional funds for regional services. Queensland, too, has a statewide program, while South Australia has declared a similar ambition.

Most states, however, still have few government-funded pain clinics located in the regions, where waiting lists typically stretch beyond two years. Private pain clinics, meanwhile, can leave patients out of pocket by several thousands of dollars.

Victoria, for its part, recently unveiled plans for chronic pain management facilities across 16 health services – 10 in Melbourne and six in the regions.

But Dr Malcolm Hogg, the head of pain services at the Royal Melbourne Hospital, suggests the state is underperforming. 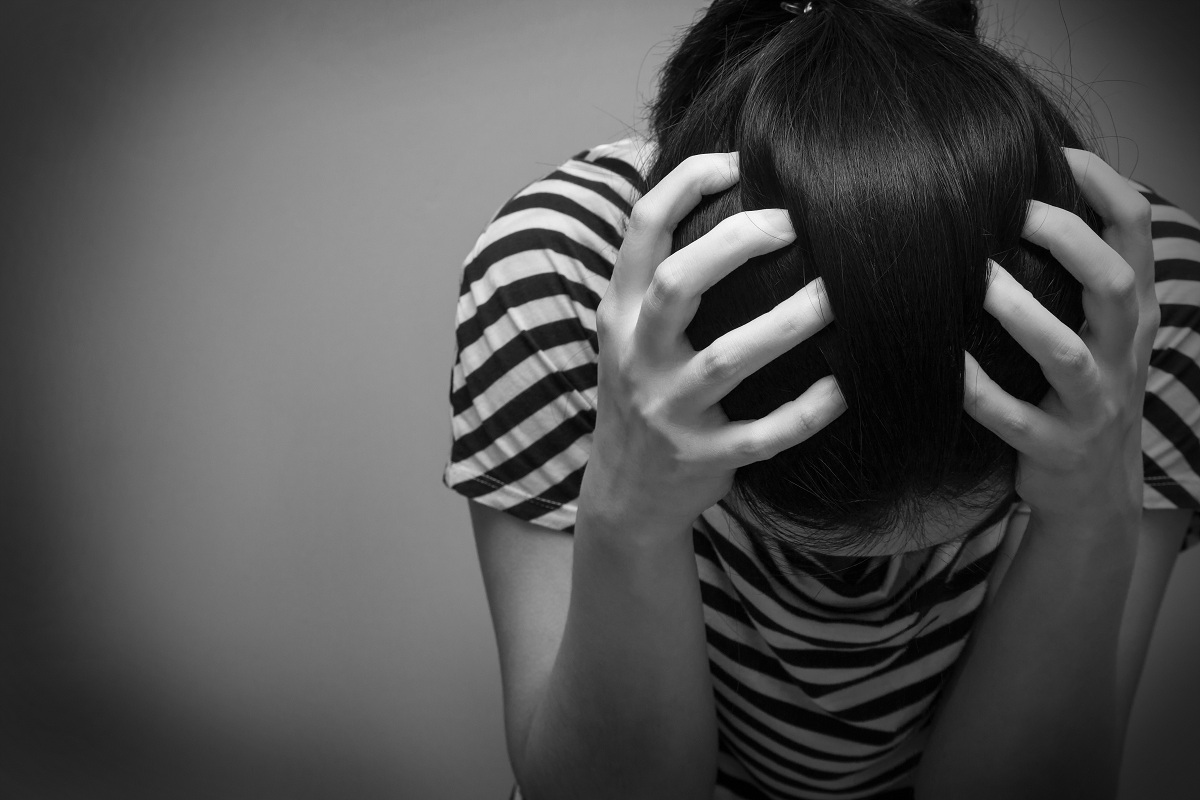 “Our waitlists are long and access in rural areas is poor,” he declares. “Opioid prescribing is excessive, specifically in outer urban and rural areas.”

A similar frustration is echoed by Dr Anne Burke, who is a state director of the Australian Pain Society. She says that of the two pain clinics in South Australia, the tertiary pain clinic at Royal Adelaide Hospital is grappling with a growing waiting list of up to three years for new patients.

This far from ideal medical landscape follows the adoption in 2010 of a National Pain Strategy, which recommended greater federal government involvement in managing Australians’ pain. But progress has been piecemeal, with efforts underfunded, according to Pain Australia’s chief executive, Lesley Brydon.

On top of the lack of facilities is a lack of health professionals more generally: according to the Faculty of Pain Medicine of the Australian and New Zealand College of Anaesthetists, there are just 275 pain medicine specialists practising in Australia.

The subsequent long waiting periods to access pain programs can often compound the situation for patients in pain: the longer they are forced to wait for expert help, the more likely the dose of their prescription analgesics will reach a level where they are no longer effective.

Pain experts say that chronic pain often leads to changes at the level of the central nervous system – brain and spinal cord – making it a difficult beast to tame.

Another factor complicating its treatment is the separation of the psychological and physical characteristics around pain, according to Dr Chris Hayes, the director of the integrated pain service at Newcastle’s John Hunter Hospital.

“Research supports the view that it is the psychosocial aspects, rather than the structural-biological aspects, that play the more dominant role in determining whether or not pain goes on to [become chronic],” he says.

Metalworker Mr Panagiotopoulos had been so agonised by his pain that he ended up at his GP’s clinic in tears. “She went through a hell of a ride with me,” he says, reflecting on the months of trying to manage his condition through a variety of pain-killing drugs.

It was being put on a dedicated pain program in 2010, however, that proved life-changing. Mr Panagiotopoulos now works as a security guard, having altered his lifestyle dramatically, giving up sport while incorporating activities such as walking, stretching and meditation into his routine. He also underwent cognitive behaviour therapy and counselling.

The former, along with other non-pharmacological techniques, are becoming the mainstay of chronic pain management and are expected to be a focus of an international conference in Adelaide next week. Speakers are expected to look at the interaction between pain and psychological factors such as depression and anxiety.

But pain practitioners express caution. While they agree that a holistic pain management approach must necessarily involve a range of specialists, including a psychologist, they say that telling chronic pain patients simply that “the pain is in your brain” can be counterproductive.

Elizabeth Carrigan, the founder of the Australian Pain Management Association, says she was skeptical of the psychotherapy that was being offered to her after she suffered chronic pain due to an injury. She had undergone repeated surgeries and rehabilitation before finally ending up at a pain clinic.

She says it took her a while to accept that “pain was in my brain”, but benefited ultimately from a holistic approach that involved retraining her brain to shift focus so as to make her pain less all-consuming.

“Pain is a powerful blocker of other thoughts in your brain,” she says. The key was putting pain to the background so that it wasn’t overwhelming everything else.

A further critical ingredient contributing to the success of specialist pain clinics is patient participation, something observed by University of Melbourne post-graduate researcher Dr Amrita Gokhale, who is studying the benefits of group education sessions for patients with chronic temporomandibular (jaw joint) pain.

She says that although patients with chronic pain benefit more from a non-pharmacological approach, any such therapies will only be effective if the patient is open to them.

“Patients with chronic pain are often known to ruminate, catastrophise and magnify their pain condition, which can lead to a feeling of helplessness,” Dr Gokhale says.

She adds that chronic pain patients, who do not have family support and who are under financial burden, often seek an instant cure through pharmacotherapy “to fix their pain and get on with their life”. But, often, drugs don’t work in such situations.

Self-management pain programs such as ADAPT and STEPS (self-training educative pain sessions) have proven effective in weaning patients from opioid analgesics, saving them from the clutches of drug dependence. 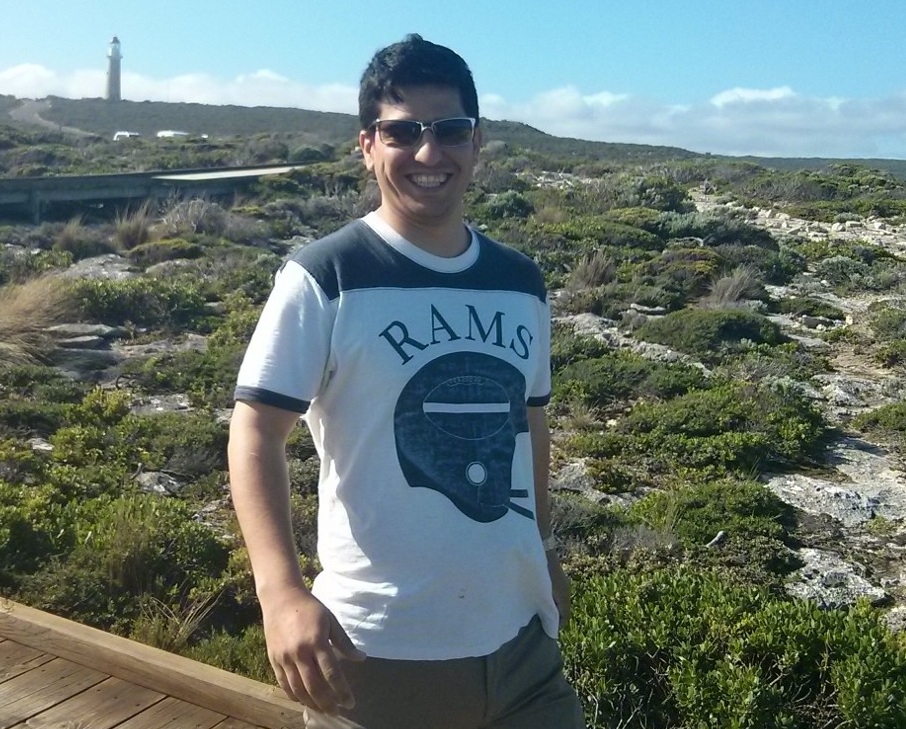 But former business analyst Khaled Wahedi says going cold turkey by coming off his opioids as part of a new approach to pain management did not work for him.

He had waited three years to be assessed at Royal North Shore’s clinic and ended up in emergency when he attempted to quit his analgesics, which he had started taking to stem the pain of a non-operable tumor on his spine.

Nevertheless, he says, he desperately wants to stop taking the drugs.

“My tumor is still there,” he concedes. “I am not a regular chronic pain patient whose injury has healed and can come off drugs by a self-management approach. It takes me two hours to get up from bed every day.”

Mr Wahedi, who is now studying medicine, remains optimistic that the pain clinic will devise a tailored program that will allow him to wean himself from the opioids that have taken a huge toll on his life.

But weaning the community from its wider addiction to pain-killing medication will take a more concerted effort, particularly in the bush.

Pain Australia’s Ms Brydon says that along with multi-disciplinary clinics, educating GPs about preferred treatment is needed, especially given the recent decision of the Therapeutic Goods Administration to ban from next February the over-the-counter sale of products containing codeine.

“The federal government needs to come on board,” she insists. “There is an urgent need for a nationally-driven pain strategy.”

► An edited version of this story was also published by SBS News.