Anzac Day and the remembering that binds communities

While all roads seemingly lead to the Shrine of Remembrance on this day, the spirit of the Anzacs links Australian generations far and wide, reports Aleksandra Bliszczyk.

It has itself become folklore and a focus for remembering the pain and loss of war. Each year, tens of thousands of Victorians flock to Melbourne’s Shrine of Remembrance for the Anzac Day dawn service. An estimated 30,000 people did so again this year, despite the rain.

But at 6am each April 25, countless other services are held across the country, unified in purpose but each celebrating the ‘Diggers’ in unique style.

In Melbourne’s west,  more than 1000 people came together this year in Heinze Reserve, just across the road from the Keilor East RSL. 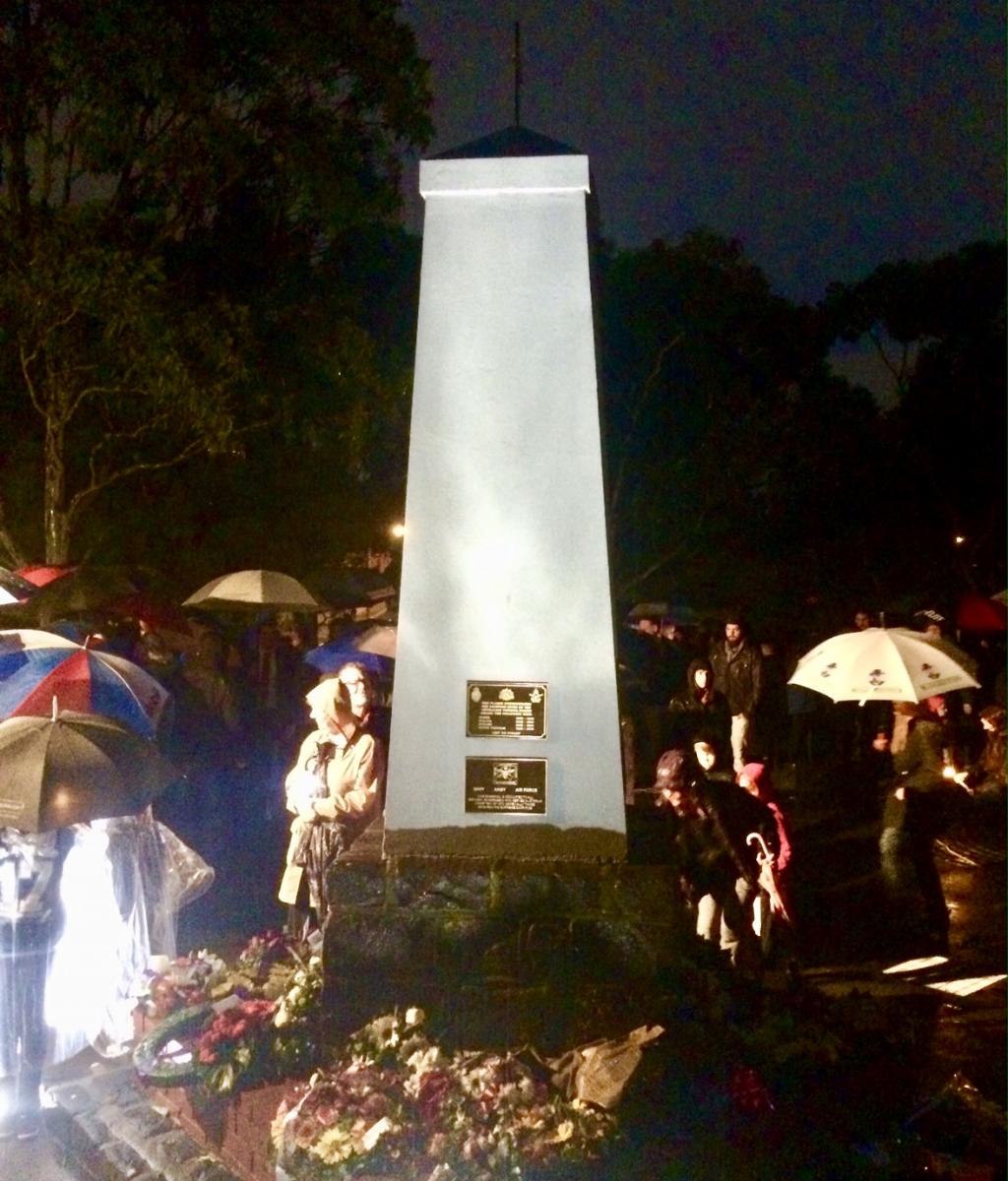 “These people are locals, a lot of them just walk to the service,” said Judy Maddigan, a former speaker of Victoria’s Legislative Assembly and a member of the Keilor East RSL. “I think here, because it’s these people’s local community, they feel as if the service belongs to them. It’s personal.”

While the common thread was remembrance, and gratefulness for the sacrifices that assured the freedom and prosperity of successive generations, the Diggers’ legacy was also evident in this show of community spirit.

Umbrellas in hand, solemn attendees stood in a ring around the podium and cenotaph, murmuring under the sound of the rain.

There were no cameras or lights. In fact, little fanfare. RSL committee members gave the readings, each elderly speaker stumbling a little over words. At times, the sound equipment cut out due to the rain. The speakers persisted, raising their voices.

Following the service, locals filed into the RSL for a free hot breakfast, while others socialised around the food and drinks marquees that were set up outside. There was a hum of chatter as people embraced friends and renewed acquaintances.

“It’s localised recognition. There are so many people in the community who work hard year round, and today is a chance to celebrate them as well as the veterans.” — Rebecca Gauci Maurici, Rotary Club member

“Our community, especially the RSL community, is really tight-knit,” said Annette, an RSL staff member serving drinks outside. “It’s a big tradition for the people of Keilor to come to this dawn service.

“All those who make it down [to the club] especially for the dawn service get to catch up –  some faces we only see once a year.”

Reflecting on Anzac Day’s connection with community, Strathmore Rotary Club member Rebecca Gauci Maurici, said: “It’s localised recognition. There are so many people in the community who work hard year round, and today is a chance to celebrate them as well as the veterans.”

The club’s incoming president, Emma Davis, added that attending the dawn service was an easy way to support the community and demonstrate mateship.

An RSL social member, Glenn Deoki, said, with a nod to the faltering sound equipment: “Sometimes, I only see these people once a year. You pay your respects, you see people from the area who you haven’t run into for a while and, when you can hear it, it’s an intimate service.”

The Returned Services League was formed by troops returning from World War I to preserve the mateship they had forged in battle and to pay tribute to those who did not return, while supporting the wounded and their families.

Since then, the RSL has assumed responsibility for service, disability and war widows pensions, the Commonwealth repatriation system and health and vocational guidance services.

“Sometimes, I only see these people once a year. You pay your respects, you see people from the area who you haven’t run into for a while and . . . [I]t’s an intimate service.” — Glenn Deoki, RSL social member

The President of the Keilor East RSL, William Laker, described the branch as a family-oriented RSL. “Mateship is very important; you’ve got to look after your mate.”

The Keilor East sub-branch was granted its official charter in 1954 and was now “an institution and social hub in the community,” added MP Mr Carroll. “And Bill [Laker] is a part of the furniture.”

The RSL has around 1800 members, the majority of which are social members rather than service members. In 2015, the ANZAC Day centenary, more than 6000 people attended Keilor’s dawn service.

Mr Laker said he was optimistic that with youth participation rising in Keilor East, the tradition of the dawn service and commemoration of the Anzacs would continue to grow and evolve.

“Children are getting more involved in the dawn service every year,” he said proudly. “World War II veterans are fading away, so the traditions are left to National Servicemen, Vietnam veterans, and now Afghanistan veterans and the next generation.” 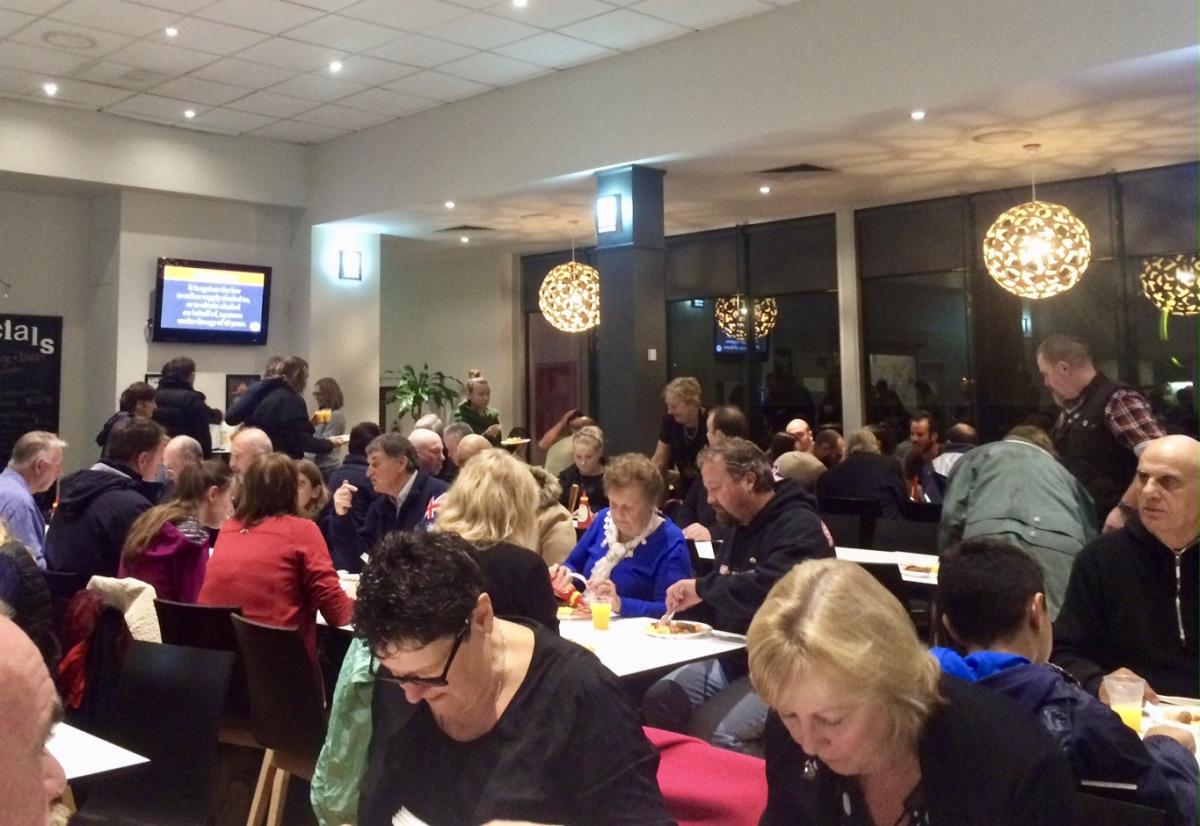