There are concerns that people disabled by ‘invisible’ injuries, like chronic pain, are falling through the gaps of the new National Disability Insurance Scheme.  Danielle O’Neal reports. 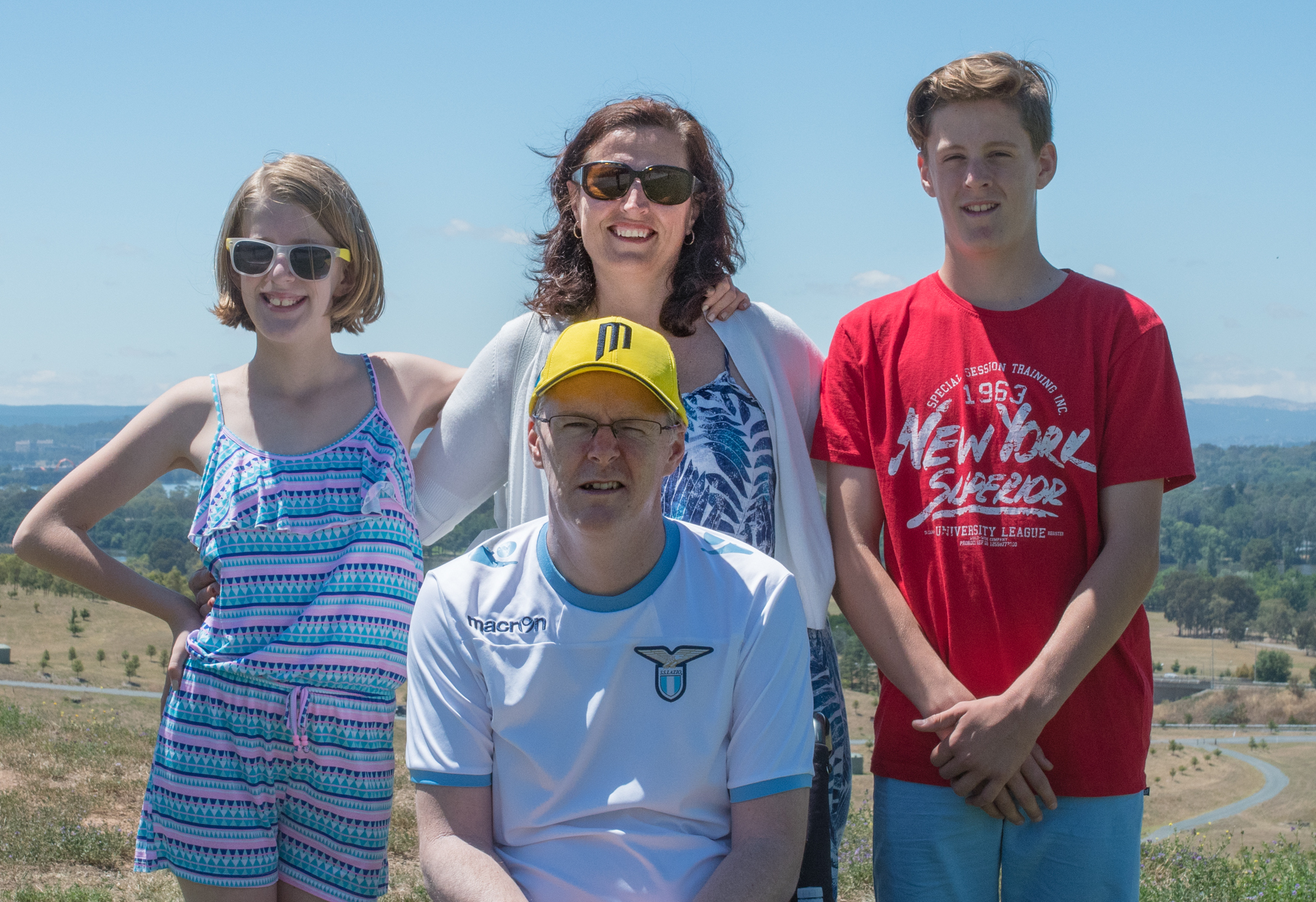 Alistair Nitz with his family in Canberra. A devastating cycling accident three years ago also put him on a collision course with the NDIS. “I was becoming increasingly desperate."

Before his accident, Alistair Nitz was an active family man who took his children to sport and loved cycling – both competitively and commuting to work each day.

But a collision during a midweek race landed him in a hospital bed with three fractured vertebrae. After months of rehabilitation, Nitz was still unable to walk more than a few metres without a mobility aid and could not sit for more than 15 minutes at a time. 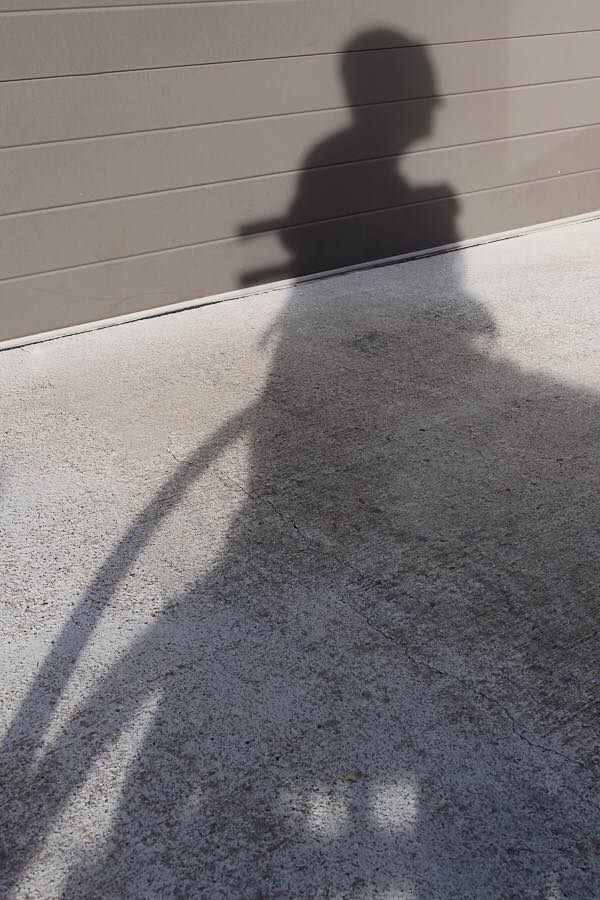 “Anyone facing a significant a reduction in their overall functional capacity should not have to go through 18 months of torture to access the NDIS”: Alistair Nitz

The NDIS supports Australians who have a permanent disability that substantially reduces their functional capacity. The scheme completed its rollout across Victoria last month and is supposed to be in full national operation by 2020, costing the Commonwealth $22 billion each year.

However, there are concerns that people with ‘invisible’ disabilities such as chronic pain, mental health conditions and fibromyalgia are falling outside the scope of the NDIS system. “We’ve got people who have been categorised as disabled by the Disability Support Pension and receive Centrelink supports, but these same people aren’t considered disabled enough to receive support under the NDIS,” says Caitlin Yazidjoglou, an advocate for the ACT Disability, Aged and Carer Advocacy Service (ADACAS).

It took two years and two appeals for Nitz to access the NDIS. Unable to return to work after his accident, he exhausted all personal and sick leave entitlements. The cost of daily life, medication, medical equipment, transport, appointments with pain specialists and psychologists put immense pressure on what was now a single-income family.

Nitz was encouraged to apply for the NDIS by his doctors. His pain and rehabilitation specialists each wrote evaluations for his application, both indicating his reduced functional capacity was likely to be permanent. He was also advised by a neurosurgeon that surgical intervention was not an option.

But the National Disability Insurance Agency (NDIA), the agency that implements the scheme,  initially rejected Nitz’s application, as well as his subsequent request for a review. “The NDIA rejected my application because they did not believe my condition was permanent,” says Nitz.

“Their reasons for rejecting my application contradicted the medical evidence provided in it.”

After having his NDIS application rejected, Nitz applied for and was accepted to receive a partial disability pension through his employee superannuation scheme, with an independent medical specialist agreeing his condition was permanent.

Nitz requested a review of his NDIS rejection by the Administrative Appeals Tribunal (AAT). While preparing for the hearing, 18 months after his initial submission to the NDIS, the NDIA relented and accepted his application.

In the time taken to approve Nitz’s application, his family were put under financial and emotional pressures.

“I was becoming increasingly desperate,” he says. “I take around 25 pills and capsules every single day. It doesn’t take long to rack up an expensive medication bill every single week when you’re taking this high dose of prescription medication.”

Although the Commonwealth’s Pharmaceutical Benefits Scheme (PBS) Safety Net offers Australians prescription medication at a reduced price or for free, the scheme does not commence until the patient has spent $1,500 for that calendar year.

Nitz also had to buy a wheelchair and other aids for pain management, which caused him enormous distress. “I broke down with my occupational therapist several times because I did not know where we were going to find the money to purchase the equipment. I was told to approach local charities to see if they would provide a grant to help fund the equipment.”

Dr Carmel Laragy, a senior research fellow with RMIT’s Social and Global Studies Centre, says it is difficult for the NDIA to distinguish the boundary between disability and health. Chronic pain is complex. A chronic pain condition can be permanent for some people, but can subside over time for others. It can be debilitating, but may be manageable.

“It is difficult to know where to draw the line and who will miss out,” says Dr Laragy. “If a person gets an illness that leaves them bedridden, what aspects of their support are medical and what are physical impairments related to disability?”

The ambiguity in the medical community regarding whether chronic pain is a permanent or debilitating condition is reflected by NDIS policy. The NDIS will only provide access to people under the age of 65 with permanent conditions that significantly reduce their functional capacity.

The scheme is not supposed to cover people with health as opposed to disability issues. But the blurred distinctions between these categories has resulted in a bureaucratic headache for assessors, applicants and advocacy groups. “There has been a lot of passing the buck about who will take responsibility for when a person doesn’t neatly fit within NDIS boxes,” says ACT advocate Yazidjoglou.

The NDIS, described as Australia’s biggest social policy project since Medicare, was announced by the Gillard government in 2012 in response to findings by the Productivity Commission that disability support systems were underfunded and gave people with a disability little choice and no certainty of access to appropriate supports. It was established in 2013, and began to roll out in 2016. As of January, it is operating throughout the east coast of Australia. It is funded by the commonwealth, and allied health services the responsibility of State and Territory governments.

It’s hard to get a sense of how many people like Nitz might be out there battling the system. The NDIS has received over 26,000 complaints from participants or applicants, according to the latest COAG quarterly report. Some 1,294 people have appealed to the AAT, with one third relating to access. But that figure only reflect those who have chosen to take their case to external review.

“We don’t know the number of people that give up because it’s too complicated, or because they don’t have the support they need to go through a lengthy and difficult process, or don’t know that they have the right of appeal or how to exercise that,” says Yazidjoglou, who deals exclusively with NDIS cases, including Nitz’s.

“There are a lot of people who just drop through the gaps.”

For those people who do access the NDIS system, most are well satisfied with the supports it provides, says Dr Laragy. More than 200,000 Australians have plans funded by the scheme, one in three of whom are receiving supports for the first time.

“A lot of people are getting support they wouldn’t have got otherwise,” she says.

“Previously, disability services were block funded. For example, we had services for children on the autism spectrum and services for people visually impaired. People with disabilities sometimes got locked into one service when they wanted more flexibility and community participation activities. It was very disempowering.

“The basis of the NDIS is individual funding, where a person has an assessment of their needs, they work up a plan and that plan gets funded,” she says.

“Now, a young person with an intellectual disability may want to be in a group program three days of the week, and want a support worker to assist them to access community activities at other times during the week. The NDIS provides this flexibility.”

But for people caught up at the margins of the system for extended periods fighting for access, like Alistair Nitz, this provides little comfort.  “My wife almost had a nervous breakdown and was almost at the point of exhaustion because of pressures that were placed on her,” he says.

“Anyone facing a significant a reduction in their overall functional capacity should not have to go through 18 months of torture to access the NDIS.”

The Citizen made numerous approaches to the NDIA for responses to Alistair Nitz’s concerns specifically, and to questions around recognition of chronic pain more generally. It does not comment on individual cases, and provided no explanation on the broader concerns beyond citing general material from the agency’s website and annual reports.

The NDIA is required by legislation to respond to inquiries for access within 21 days; that participants in the scheme “must have a permanent disability that significantly affects their ability to take part in everyday activities”, and that access is based on the degree of a person’s functional impairment, and how it impacts their life, including employment, education and community engagement. 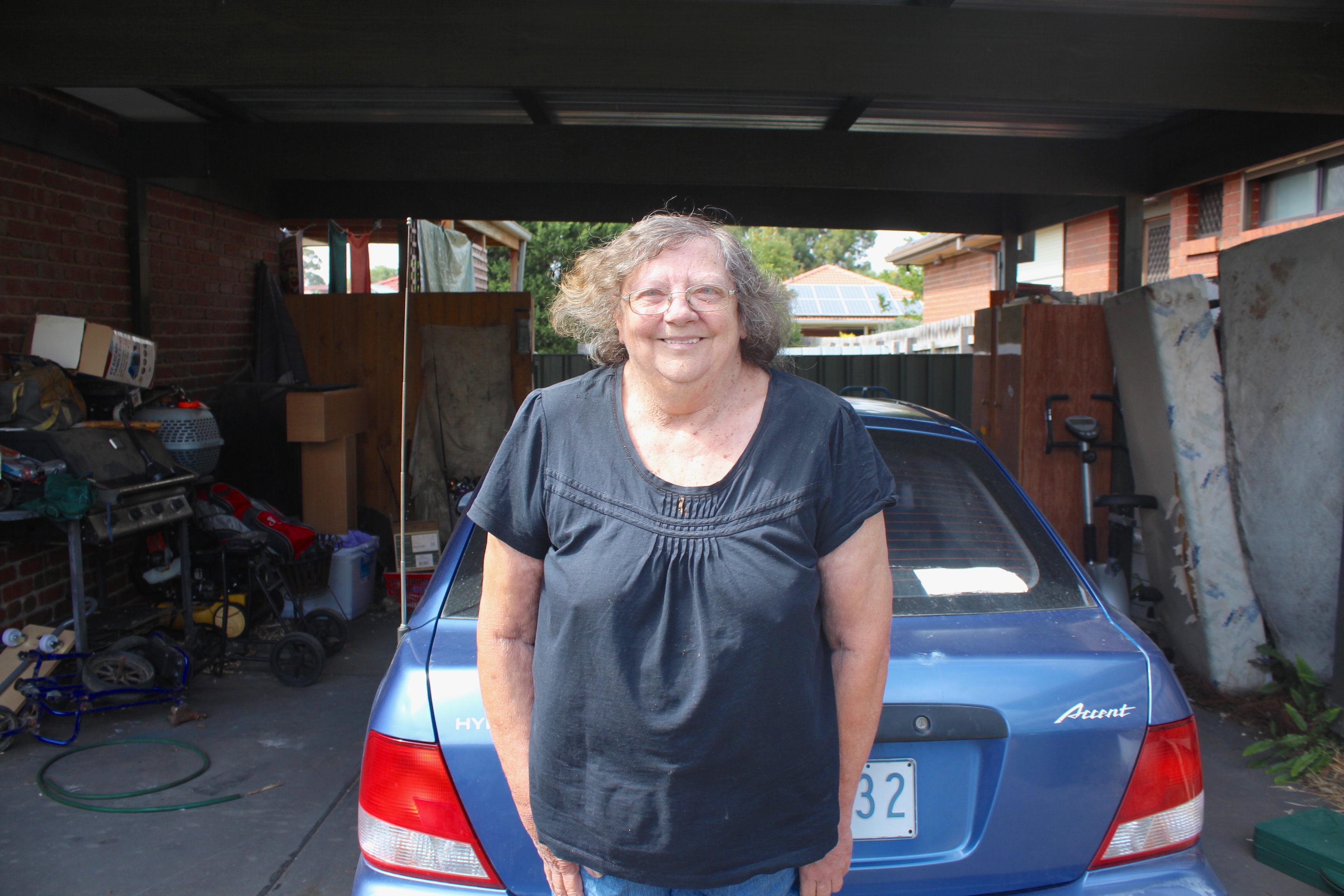 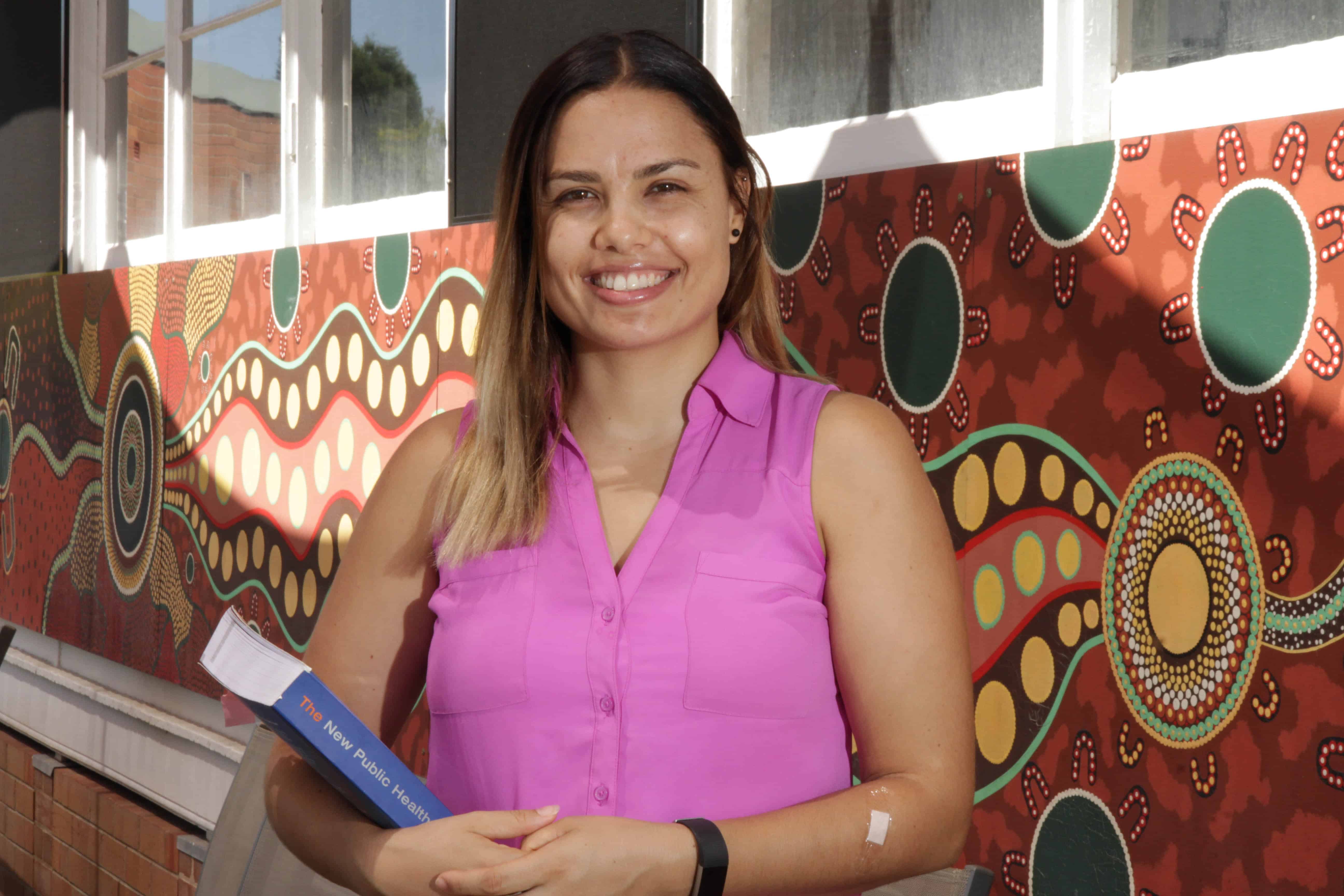 The battle to function when the brain gets its signals crossed