A bungled police raid on a gay bookshop one year ago left an innocent man with severe injuries and sent shockwaves through Victoria’s LGBTQ community. Now there are fears of further fallout in the wake of a controversial report. Jess Malcolm reports. 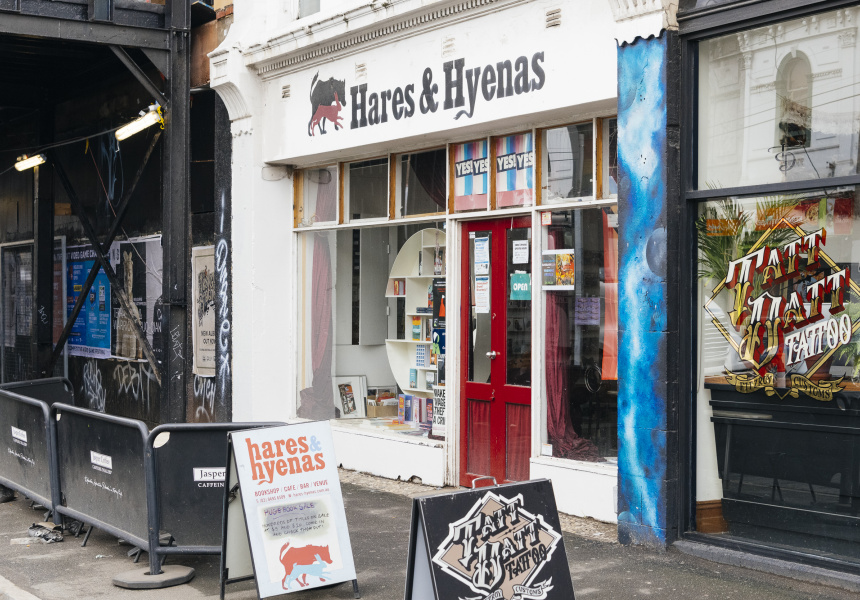 The landmark Hares and Hyenas bookshop and performance space in Fitzroy. Police admitted shortly after the raid on the bookshop on 11 May last year that they had mistakenly identified Nik Dimopoulos as a suspect in a carjacking case.

Legal advocates fear that a recent controversial finding by Victoria’s anti-corruption watchdog, which cleared police of excessive force when they severely injured an innocent man during a raid at a specialist queer and alternative bookshop, will damage already fraught relations with the LGBTIQ community.

“To have a formal government institution interact in such an aggressive, negative way is disheartening and the LGBTIQ community is already a community that feels marginalised and vulnerable in many instances,” says University of Melbourne criminologist Dr Karen Gelb.

“It’s two steps forward one step back with government relations with vulnerable communities.”

The finding, handed down by the Independent Broad-based Anti-corruption Commission (IBAC) last month, relates to a bungled police raid on an apartment adjoining the long-established Fitzroy Hares and Hyenas bookshop and performance space around 2am on Saturday, 11 May last year. 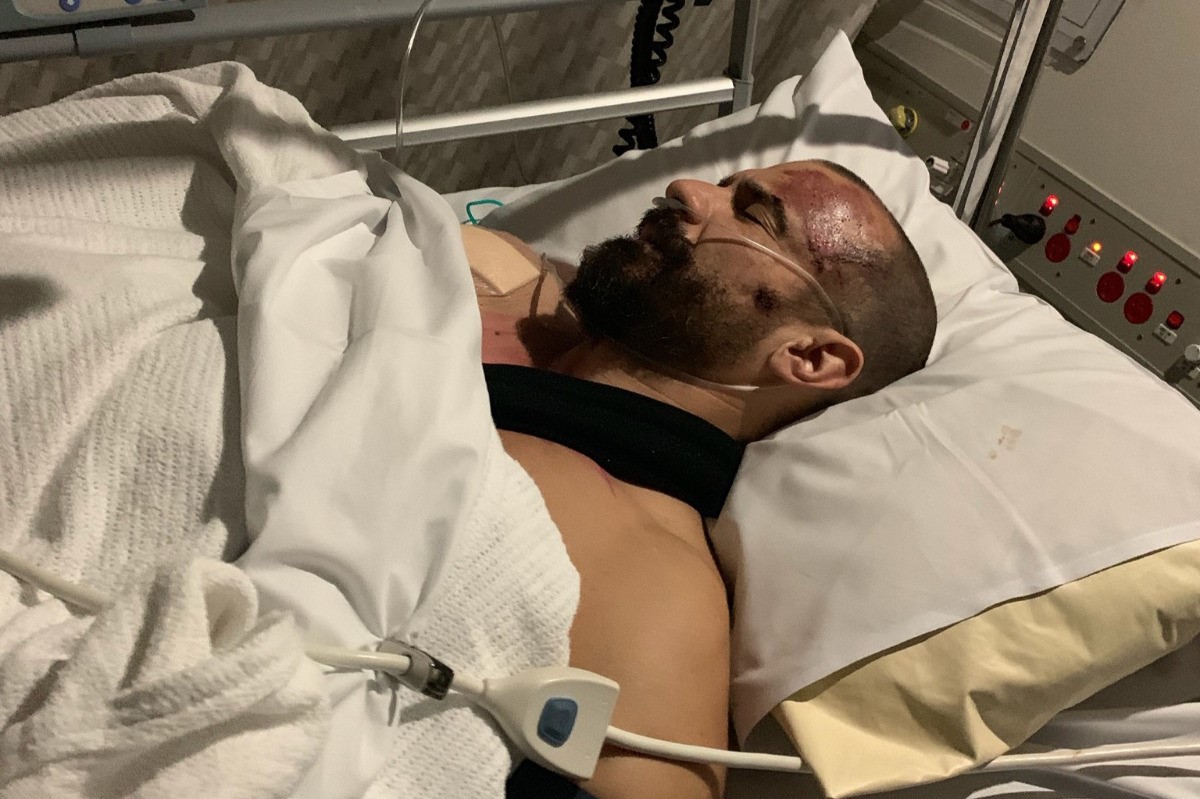 Nik Dimopoulos after the police raid. This image and the one below, right, were used in a GoFundMe campaign to support his legal costs.

The investigation concluded that members of Victoria Police had acted lawfully and did not use disproportionate force during the raid which left events promoter Nik Dimopoulos with a severely shattered shoulder. Dimopoulos had been sleeping in the apartment when he was awoken by torches, fleeing onto the street. A witness told the ABC that police had not identified themselves, and Mr Dimopoulos feared he was the target of an anti-gay attack.

Victoria Police confirmed shortly after the raid that Mr Dimopoulos had been mistakenly identified as the suspect in a home invasion and carjacking case. 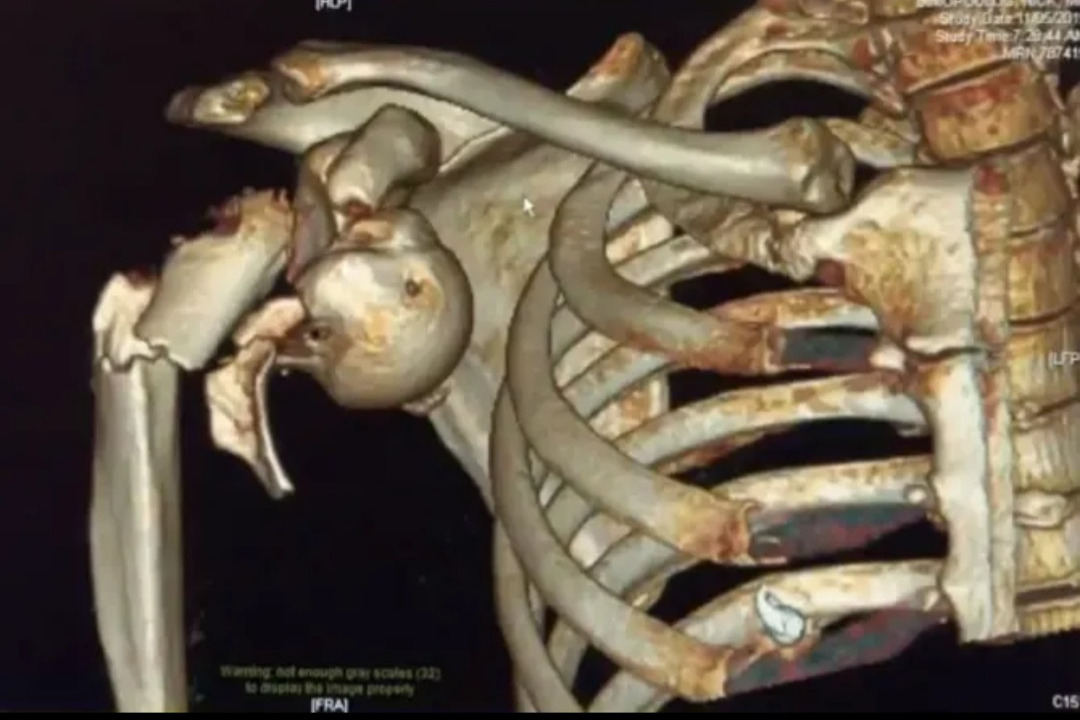 The commission, in its long-anticipated report, found officers had “reasonable grounds” to enter and search the building, given the information they had at the time.

In a statement, Commissioner Robert Redlich said: “IBAC found the force used by police in restraining Mr Dimopoulos was not disproportionate to the officers’ objective of arresting Mr Dimopoulos, as the police involved reasonably believed such force was necessary to arrest a person who was struggling with police.

“However, IBAC did find that Mr Dimopoulos’s human rights were impacted as the officers involved in the incident did not, as the Charter of Human Rights and Responsibilities obliges them, advise him of the reason for his arrest, make him aware of his rights, or officially release him from custody.”

The report also found “no evidence that the raid was linked to the race or sexuality of the parties involved” after investigating whether the fact that the raid targeted a gay and lesbian bookshop played a role.

“The police force is the first point of contact for most people,” she says. “People need to be confident that when they report an incident to police they’ll be treated fairly, and properly.

“Most people of colour in the US, they don’t call the police anymore. They completely don’t trust them.

“The extreme violence you see in the US against minorities is a logical extension of where that sort of culture can end up.”

A pioneering advocate of the Australian LGBTIQ movement and member of the Victorian LGBTIQ taskforce, Jamie Gardiner, says he was outraged by the IBAC report, arguing that it fails to acknowledge the history of persecution experienced by the gay community.

“For many years gay men in particular were outlaws, and for even longer subject to ongoing discrimination and homophobic attacks by the police,” he says.

Mr Gardiner, who is also vice president of Liberty Victoria, says the finding is symbolically harmful for members of the LGBTIQ community, labelling it a “total media fail” for both IBAC and Victoria Police.

“This is yet another damaging look for the police when we have been trying (with some success) to get police across the line to repair relations with the LGBTIQ community which have been gravely damaged by mistake after mistake.”

“Whether police act reasonably in a situation is highly fact intensive,” says Bell. “Commissioner Redlich has inquired into those facts and I believe he’s done it independently.”

Bell points to the wording of the report, which he says shows that Commissioner Redlich regards independent police oversight as extremely important in building community confidence in police.

“I can see from the words he’s used, the lengths he’s gone to, that he regards police oversight as being extremely important because it is part of building community confidence in the police.”

Bell raises a concern in regards to the finding that Dimopoulous’s human rights were “impacted”, but endorses Redich’s handling and says he believes Victoria Police will take appropriate action.

“I can’t support an approach to this inquiry which suggests that we in the community are any less protected because of the outcome.”

In the aftermath of the report, during a press conference live-streamed on Facebook, Victoria Police Assistant Commissioner Russell Barrett said: “It’s clear there’s no winners in this situation”.

He said that Victoria Police had been premature in passing judgement on the actions of the officers involved at the time in describing their response “inappropriate”.

“Policing is a dynamic and challenging role, and our members are often and regularly called upon to make quick, timely decisions in response to keeping the community safe.”

Chief Commissioner Graham Ashton issued a statement saying that he was “proud to say that Victoria Police has come a long way in building a strong relationship with the LGBTIQ community”.

This had been driven by “a desire to see all members of this community have a positive experience of our organisation, whether that’s when they approach us for help, see us in the street, or work within our ranks”.

A 2019 report by the Victorian Equal Opportunity and Human Rights Commission indicated that there were ongoing tensions between police and the LGBTIQ community, observing reports from LGBTIQ officers of discrimination experienced at work, often perpetrated by long-serving senior members of Victoria Police.

Legal advocates say they receive frequent reports from members of minority and marginalised groups accusing police of using excessive force, and express deep concerns about the message sent by the findings.

“Broadly in Victoria we see racialised policing and we see marginalised groups subject to more policing,” says Gregor Husper, principal lawyer with the Police Accountability Project. “Allowing police to use their discretion is really just another opportunity for police to perpetuate their prejudices against marginalised members of the community.”

The project, a collaboration with Flemington and Kensington Community Legal Centre, aims to assist marginalised people to pursue police complaints. Husper says the IBAC findings will reinvigorate the project’s campaign for the establishment of an independent police complaints investigation body.

“If we had a properly funded, independent police complaints body to investigate serious misconduct by police, then you would expect a shift in police culture where the public has a greater sense that their police will be held accountable.”

Liberty Victoria says it will also continue lobbying the government to ensure police are held accountable for their actions. “This outcome is another example that the organisation will raise with the government in our conversations and communications to try and keep this issue in the public consciousness.”

King, a speciality police misconduct lawyer at Robinson Gill, said that Dimopoulous was “shocked, devastated and in disbelief” at the findings, and will be seeking to have the decision reviewed by a Supreme Court judge. 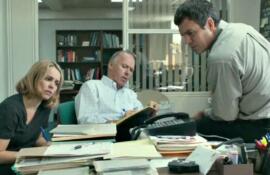