Abortion hits the headlines, and the political becomes painfully personal

From Alabama to Sydney, political battles over reproductive rights are again at flashpoint. Far from the front line clashes of the pro-life and pro-choice activists, women navigate their way through the fallout. Lucy Williams reports. 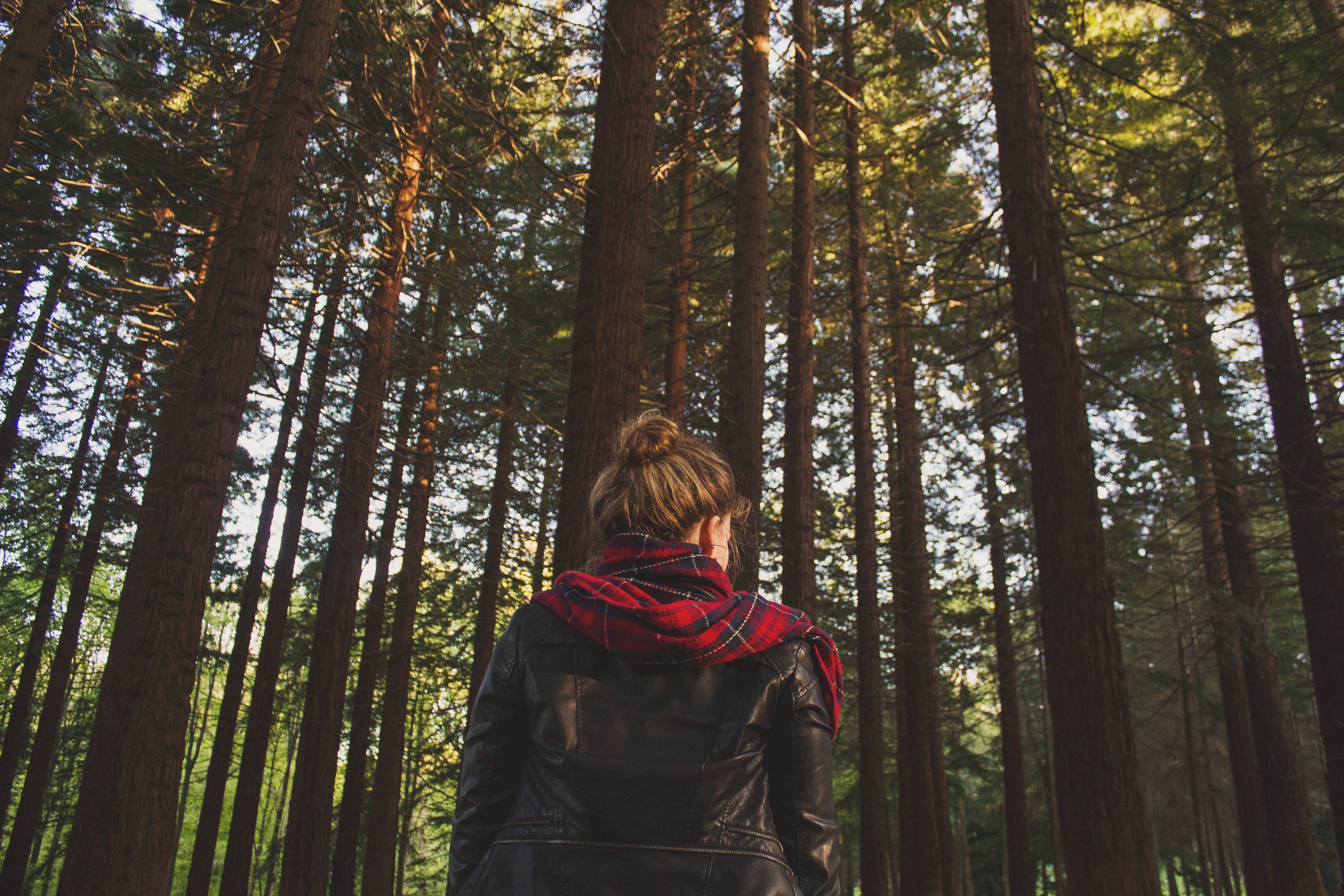 “I would never get one – I’ve heard people say this a million times, myself included, even though I was always pro-choice. Until that second line came up and there was absolutely no doubt in my mind.”

So recalls Jaimie-Lee, a 27-year-old Queensland nurse, of her decision to have an abortion.

The day after those red lines materialised on her home pregnancy test two years ago, Jaimie-Lee booked in for a surgical termination. This was despite, at that time, abortions still being largely illegal in Queensland. The caveat was where a woman’s mental or physical health, or life, were in danger. “I was 25 and had just started seeing a guy. I was on the pill at the time and took it consistently,” Jaimie-Lee says.

“For the 16 days I knew I was pregnant, I experienced the first panic attacks I’ve ever had in my life and severe anxiety. I had never had anxiety before, and it was at the thought of going through with the pregnancy.

“I just knew I couldn’t do it but if that option had been taken away from me or I couldn’t afford to travel to another state, I can’t even imagine what it would do to your mental health.”

Abortion was decriminalised in Queensland last year, and right now a bill to do the same in New South Wales has stirred the eternally red-hot political and ethical issue once again to flashpoint. At the same time abortion rights, and the seismic divisions they stir, are once again a defining force in US politics, with nine states passing bills to limit access to terminations in the first six months of this year.

As someone with intimate insight into the issues abortion raises for both women making the choice and their medical carers, Jaimie-Lee says she’s been shocked watching the US situation in particular play out, and now a similarly vehement flashpoint playing out closer to home in NSW, where thousands of anti-abortion activists have taken to the streets and a vote on the legislation has now been delayed until next month.

While the Australian landscape is much more strongly pro-choice than the US, there are indications that Australia’s relatively small pro-life movement has capitalised on the political momentum in America, experts say. The fallout of that reverberates widely, most powerfully and painfully in the large communities of women who have had abortions, or are contemplating them.

Molly Howes, a communications officer with Queensland’s Children By Choice, a counselling service that assists those going through unplanned pregnancies, has seen this close up. She began volunteering with the organisation as debates flared in that state around the ultimately successful push to decriminalise abortion.

Stigma was stoked by the media discussion of the issues, she said, and this was reflected in a spike in calls to the Children By Choice hotline. “It brings it back for women.

“The stigma is definitely something that women talk about and from lots of different angles. What they think it means, or means about themselves, what they think their family or their friends or their partner (might think).”

Howes says that the abortions themselves aren’t particularly divisive – a 2015 NSW poll found 87% of respondents supported a woman’s right to abortion, and national figures from 2003 put the figure at over 80 per cent. But “the stigma is divisive, ideas about the type of person who would access a termination are divisive”.

And yet the numbers show that women of all walks choose to have abortions. Although there are indications that abortion rates in Australia may have reduced since 2003, when national data indicated that as many as one third of Australian women would terminate a pregnancy in their lifetime, a 2017 study estimated that around one in six Australian women have had an abortion by their mid-30s.

Yet the landscape of reproductive rights across Australia remains confusing and riddled with access issues. Abortion rights and access change according to what state you are in across the country, says Howes. “Particularly in NSW where it is illegal, but there are also difficulties in WA and SA, and Queensland.” “The fact that it sits in the criminal code in a lot of jurisdictions means that providers and doctors can’t do their job properly so we have medical guidelines that Australia should be following but some of these really old laws prevent doctors from following and caring for clients properly,” she adds.

In Queensland, as of October 2018, abortion is now legal up to 22 weeks gestation in the state.

The draft legislation that would finally decriminalise abortion in NSW, allowing terminations up to 22 weeks and later with the consent of two doctors, was expected to be voted on in the upper house this week, but has now been delayed until next month. NSW is the last state to decriminalise abortion, though it remains in the criminal code in South Australia and Western Australia in some form.

Under existing law, women can access terminations in NSW if doctors believe the pregnancy is a risk to a woman’s physical or mental health, and social and economic factors can also be taken into consideration under a common law precedent.

Samantha was 20 and living in Western Sydney when she had her abortion eight years ago. At the time, other than being unhappy in her job, “everything else in my life was great,” she told The Citizen. “The condom we used broke, and the morning after pill didn’t work. My boyfriend was 23 and we were nowhere near ready for a baby.”

Samantha had a medical termination through Marie Stopes Australia. “While I knew I was not ready for a child, it was still a difficult decision. I think the hardest thing for me to come to terms with was feeling like a failure for getting into this situation.”

Since she went through her termination, Samantha has gone on to work for Marie Stopes International. “So I have been exposed to it all and it is such a vital service, not just terminations, but contraception and sexual health testing also.”

“The most common patient we had was the middle aged woman who has completed her family and often didn’t think they could fall pregnant anymore.”

Samantha is now happily married to the boyfriend she was with at 20, and the couple have two daughters. Looking at the legal and political scene playing out in the US, she says, “I worry so, so much about (her daughters’) future, and I can only hope they grow up and live in a country that does not dictate what they can and cannot do with their bodies”.

Georgia, a 25 year old Melbournian, also balks at the headlines coming out of Alabama and numerous other American states – headlines being echoed in Australia as the NSW bill stalls. “I cannot understand how the rights of foetal cells, and I’m purposely not using the word human, as I do not believe than an embryo is yet a human, were put so far above the rights of living, breathing women.”

Georgia had a termination just over two months ago. While she was happy with her partner of a year, she felt she was “just getting by” doing disability support work and café work. “There was nothing stable about my employment and I had spent 2 years planning to set up my own business, and one week before I found out I was pregnant, I had my start up loan approved.”

She was sure of her decision, but nonetheless felt guilty. “I think it was difficult for me to not consider myself as selfish for putting my wants ahead of going forward with an unplanned pregnancy. Because I know that if I had to, I could’ve been a good and responsible mother to that child, I was more than capable. But I just didn’t want to, not yet.”

She spoke to her general practitioner, who was “supportive, logical, and completely free of judgement”. They decided on a medical abortion. The stigma and taboos around the process meant that she had little insight into the process, and few people to talk to about it.

“I hadn’t been exposed to anything like that, had no idea what it involved and had only seen that process through the TV series ‘Please Like Me’,” Georgia explains.

“The way it works was I had to take the first tablet, and that tablet stops the production of the hormone required to continue the pregnancy. Whilst this tablet doesn’t usually cause any physiological effects, this was most definitely the hardest to take, because once you have that there is no going back.”

She took the tablets at home in bed, supported by her mother and her partner. “I cried a lot, more than I expected. Because for the week leading up, all I had wanted was for it to be over. So whilst there was definitely feelings of relief, the initial feeling was just sadness.

“Whilst I didn’t want to continue with the pregnancy, and I was sure, it was still a loss,” Georgia adds. “That wasn’t something I had anticipated. It’s not regret, it’s just loss.”

Georgia’s experience rings true for Jaimie-Lee and many others she has counselled in the years since her own abortion. “As a nurse I feel like I was pretty educated on the actual clinical side of things,” she recalls. But when she went looking for forums “so I could get some kind of advice as to what I was up for emotionally after and I found next to nothing.

“All I could think was I wish I knew someone who had an abortion so I could talk to them and just ask questions.” After her procedure, Jaimie-Lee found out three of her colleagues had also undergone terminations. “All for different reasons, but it’s just not talked about until someone brings up the conversation.

“And who knows how many people I actually know that have had one!”

Her advice to women confronted by an unplanned pregnancy and considering their options is that their decision – whatever it is – is “100 percent OK”. 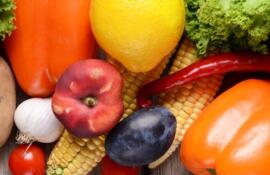