Women motorcyclists are taking to the road in a show of solidarity. Kate Stanton rides along with two of Melbourne’s all-female motorcycle groups. 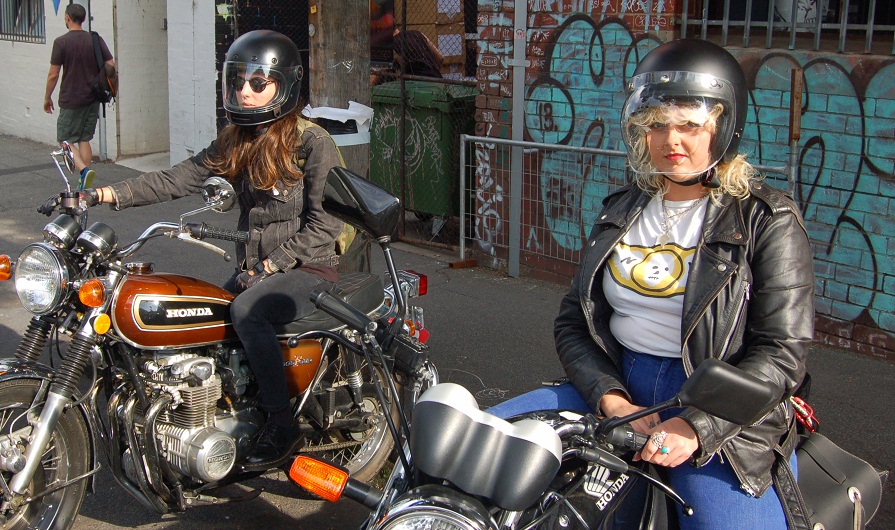 Gillian Southworth remembers papering her bedroom walls with pictures of motorcycles. She was 16 and saving up for a Kawasaki Z250. She didn’t know anyone else, especially any other women, who rode bikes in her hometown of Poole, England.

“I don’t know where it came from,” she says. “I come from a family of girls.”

She describes the road as quiet, despite the thundering throttle of her bike and the sporadic rumble of passing cars.

“It’s kind of a time to think. I find a sort of quiet in myself,” she says. “It blows the cobwebs out.”

She continued to ride by herself until last year, when she spotted Melbourne Moto Ladies, an all-women’s motorcycle group, on Facebook. There were other groups, too, such as All Female Riders Melbourne and Girls Ride Out.

“It just blew me away,” she says. “I didn’t realise there was a new culture going on of women riders. I always thought I was kind of alone.”

She wasn’t. At least not on social media, where thousands of Australian women have started connecting over a shared love of motorcycles. They trade tips — on apparel, bike maintenance and road safety — and organise all-female riding days, as part of an effort to support one another in the male-dominated world of motorcycling.

“There’s obviously the old mentality of ‘the bitch is supposed to be on the back.’ It’s always good to have a support network for each other to break those ideologies.”  — Simoen van der Meent

​And this Saturday, May 7, women motorcycle enthusiasts around the world will take part in the 10th annual International Female Ride Day.

The event, first launched in 2006 by Canada-based magazine Motoress, encourages women to organise all-female rides in their communities in a show of solidarity and support. It is hoped that such rides increase the visibility of women who take part in the sport and draw others to it.

​Simoen van der Meent, 29, of All Female Riders Melbourne, says there is something special about riding with a like-minded group of women.

“It’s really scary to start learning how to ride a bike. It can be a really intimidating environment to get into,” she says. “I think that’s why women’s groups are so good. It’s an opportunity to support one another and learn about bikes together.”

“There’s obviously the old mentality of ‘the bitch is supposed to be on the back’,” she adds. “It’s always good to have a support network for each other to break those ideologies.

And there are plenty more women who want to be on the front of the bike.

Tony Ellis, of the Australian Motorcycle Council, says he thinks the number of women motorcyclists is growing. 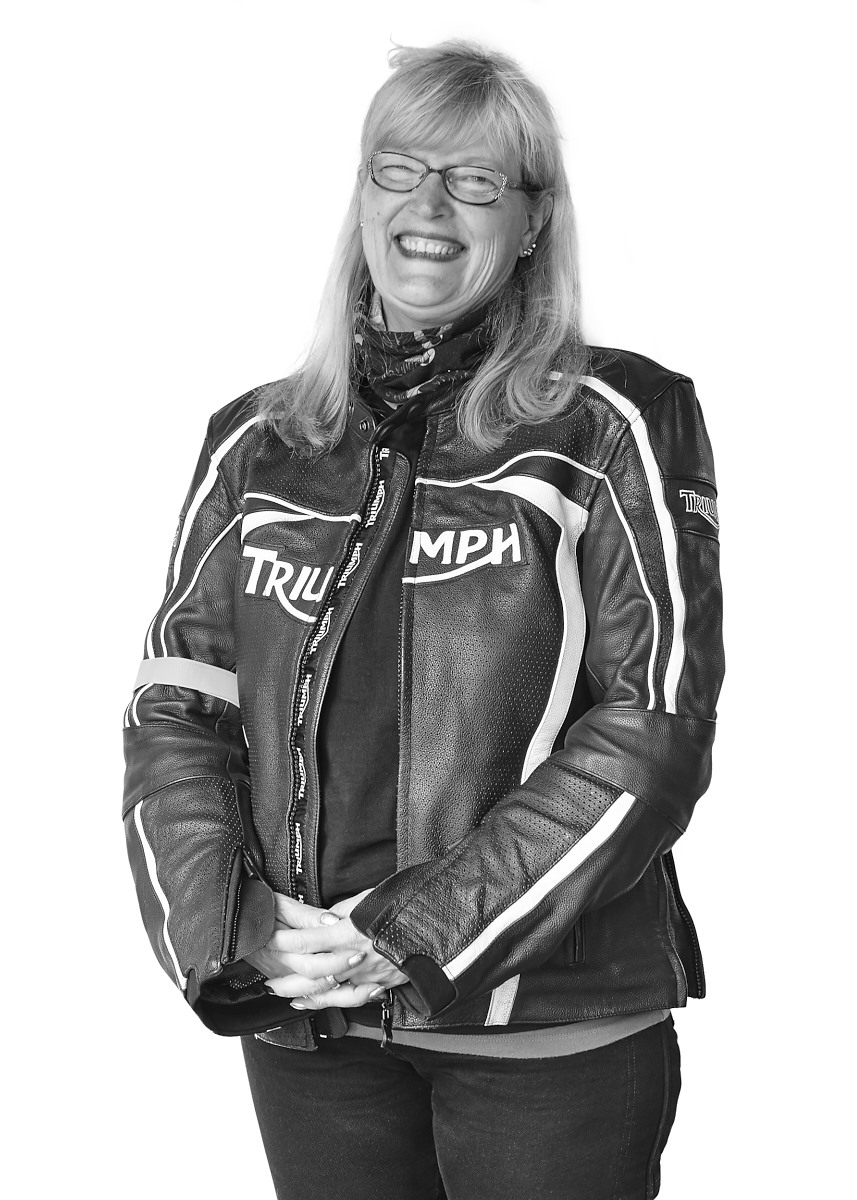 “Subjectively, you see a lot more women on the road. You also see a woman riding bigger bikes,” he says. “The perception is that there has been a large increase but it’s just hard to pin down.”

Though it is hard to find specific numbers in Australia, the change is very pronounced in the US.

The US Motorcycle Industry Council found last year that the number of women motorcycle owners had doubled in the last decade.

Like in the US, women’s riding groups have popped up to meet the demand. In Australia, All-Female Riders Melbourne snowballed from a single riding event on Facebook into a 220-member cohort of women motorcyclists. 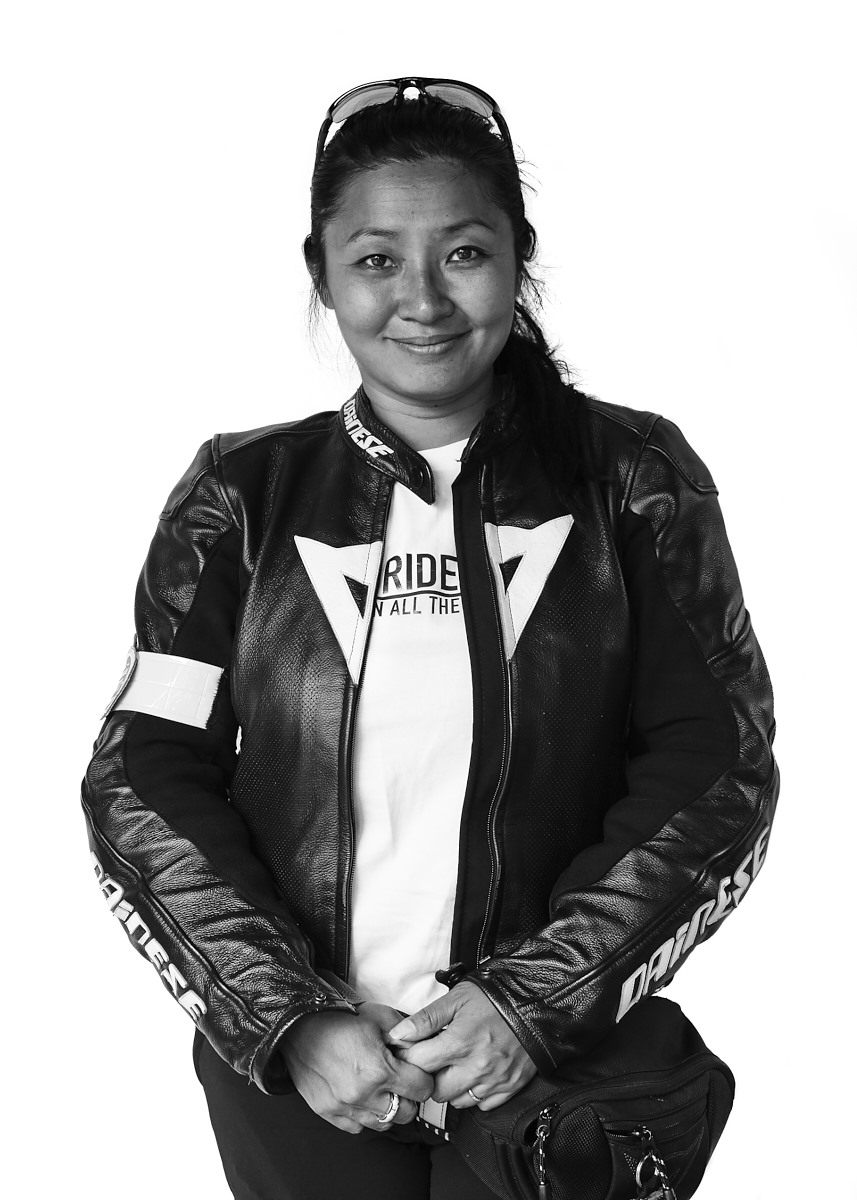 “I just thought it would be really cool to meet other women who have their licence and go on a ride together. We wanted to get really involved in the culture and didn’t know how to do that.”

Ms Tusia and the 30 other women on the first ride left Kustom Kommune, a motorcycle workshop in Collingwood, and rode to a Warrandyte park, a long ribbon of women on Royal Enfields, Triumphs and Hondas.

People just do a double take,” she says. “They see a bunch of bikers and then all the flowing hair.

“It feels awesome when you ride in a group of women. Being a bit of a feminist, I guess, it is really cool.” 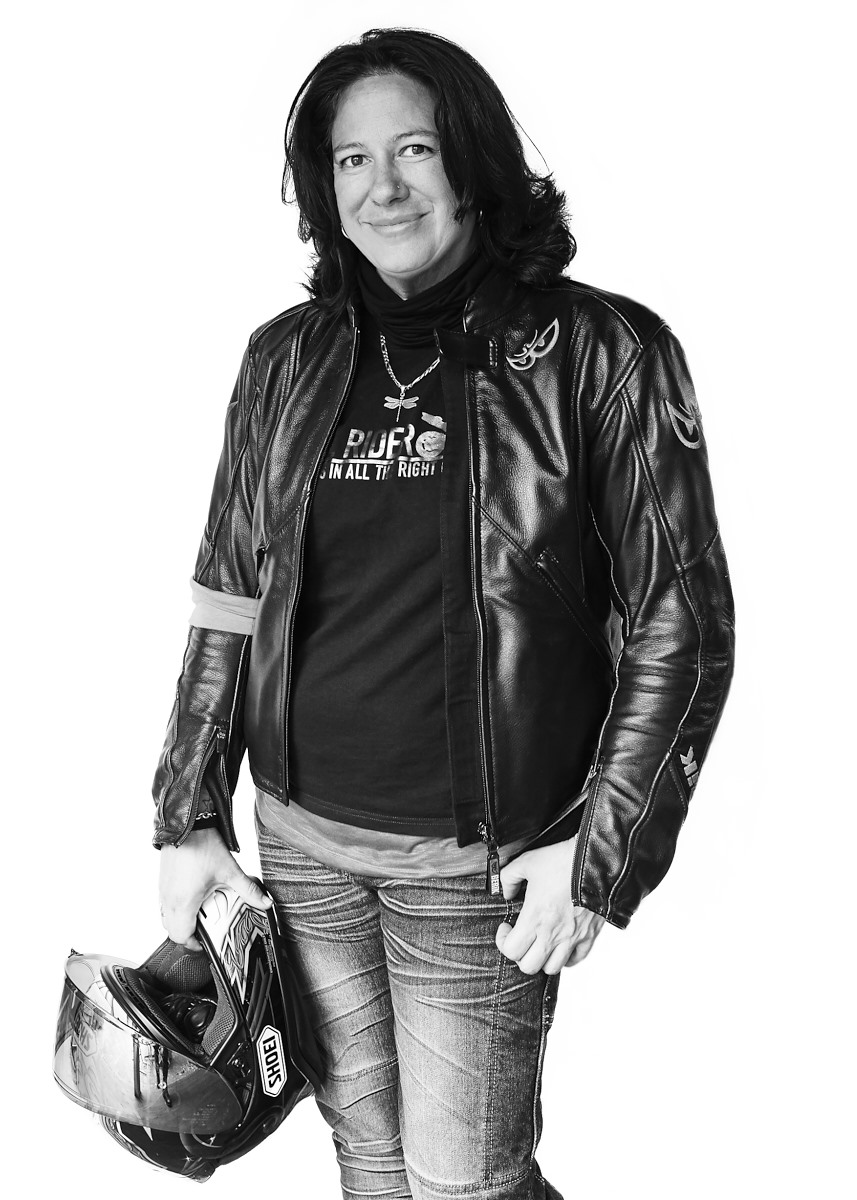 She says social media has made it possible for women motorcyclists — formerly isolated by distance — to meet each other.

“When I first started [riding], there were no women’s groups. There was no Facebook,” she says. “So finding a women’s group was just near impossible. Especially if you’re not in that world of motorcycling.”

Ms Arkcoll says she is happy to ride with men, including her husband, but she likes the comfortable camaraderie of an all-women’s group.

“When men ride, they tend to push each other. There’s always that element of competitiveness,” she says. “Whereas, with us ladies, we’re a lot more cruisy.”

Women can also exchange ideas about issues that specifically affect them — how to find stylish motorcycling apparel that isn’t covered in pink; how to find the perfect bike for smaller statures; what to do when you have dropped your bike and can’t pick it up.

Ms Arkcoll says she has noticed more women becoming involved in riding since she started 15 years ago. She attributes this change to the freedom associated with motorcycles — powering down the open road and leaving your worries at home — an escapist fantasy historically reserved for men.

“People just have this assumption that women, particularly older women and mothers, just like to be at home,” she says. “Some women just want that excitement in their life. Being in control of a motorbike gives you a sense of freedom. It’s empowering.”

She adds: “Once you’re out there, you really have to be focused on what you’re doing. That gives you a chance to stop thinking about everything else happening in your life. Everything else seems to come second once you’re on the motorbike.” 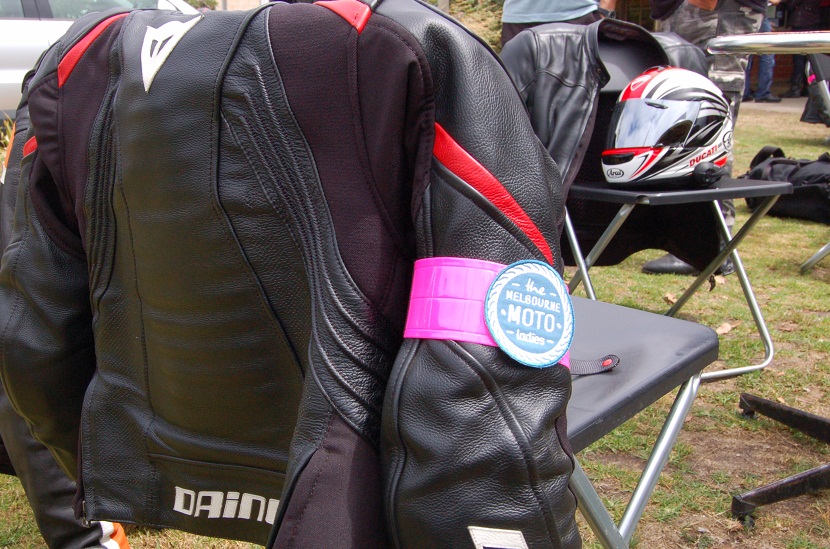