Acting Melbourne University vice-chancellor Margaret Sheil has warned that the Federal Government’s higher education reforms could have “a major impact” on the university, putting at risk its unique degree model that encourages students to undertake post-graduate study.

“[T]he Government’s proposal may challenge the Melbourne curriculum model that was adopted with Commonwealth endorsement almost 10 years ago,” Prof Sheil wrote in an email to staff this week. 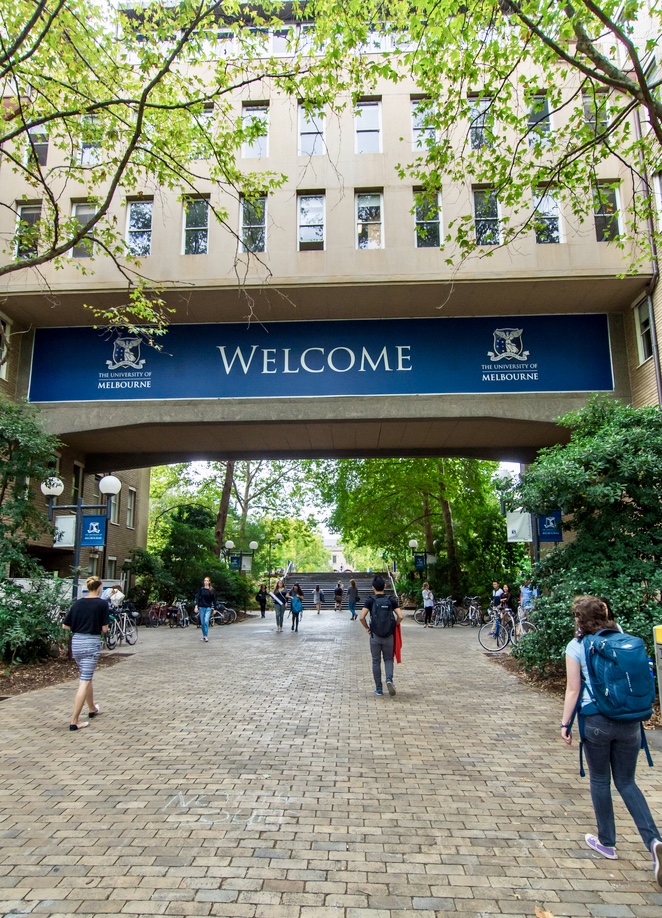 Last year, there were almost 20,000 equivalent fulltime students enrolled in postgraduate by coursework degrees at the university, a dramatic increase on the 6700 when the model was introduced in 2008.

Most postgraduate by coursework students pay the full cost of their tuition (or are loaned the money by the government through FEE-HELP), but some are subsidised through commonwealth-supported places (CSPs).

Thanks to the Melbourne Model, there are now more than 6000 postgraduate CSPs at the university — the most of any institution, and around 16 per cent of the national pool.

Because of this, the university stands to be majorly affected by any changes to funding arrangements, with the government’s current higher education proposals including plans to overhaul how CSPs are allocated.

“Students will be provided with a ‘scholarship’ to the value of a CSP that they may use at an institution of their choice,” the government’s proposal says, “rather than the current ‘university-focused’ model.”

The approach would allow the government to “focus places where they are needed.”

“We have been advised by the Government it is not their intention to undermine the Melbourne Model. We will hold them to this intent, as we work through the details of these proposals.

“It will be critical to ensure the benefits of the Melbourne Model continue to be realised in a way that doesn’t disadvantage current or future students.”

“It is impossible . . .  to welcome a package that increases costs and uncertainty for students while cutting funding to universities, and which, moreover, threatens the teaching model which was adopted with Commonwealth support almost 10 years ago.” — Prof Margaret Shiel, Melbourne University

The University of Western Australia adopted a similar degree model to Melbourne five years ago.

The government alludes to an imbalance in allocations of Commonwealth-supported places in its policy announcement, stating that “the piecemeal allocation of CSPs for postgraduate study, at different times and according to different criteria, has resulted in an incoherent distribution of places.”

In addition to these changes, the government wants to remove 3000 postgraduate CSPs from the total pool next year.

Other proposals include a 2.5 per cent “efficiency dividend” – ostensibly, a budget cut – applied to the Commonwealth Grants Scheme (CGS).

Melbourne University received around $283 million through the CGS in 2015, just over 14 per cent of its total operating income. 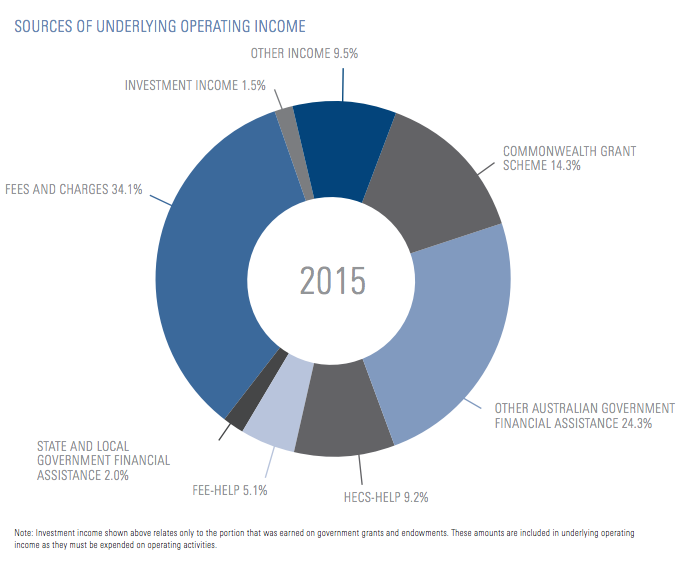 The CGS is the system by which the federal government funds the cost of tuition at Australian universities. It is distinct from HECS HELP. The government funds some of the costs of studying a university degree for students in CSPs directly to the university, with no expectation of repayment, and then covers the rest of the cost through loans to  students.

In addition to these year-on-year budget cuts, the government is proposing that 7.5 per cent of a university’s funding through the CGS be tied to performance targets.

Grattan Institute higher education expert Andrew Norton has noted that part of the criteria used to judge university performance will be geared around “student retention rates and graduate employment levels, over which universities have, at best, partial control.”

Mr Norton told The Australian: “It would appear that a two step process into the labour market is something the government does not particularly want to support, but exactly what the transition arrangements for Melbourne and UWA would be we don’t know.”

There is more than $50 billion in unpaid HECS debt, and the government predicts that 18 per cent of HECS loans issued in 2016-17 will never be repaid.

In her email to staff, Prof Shiel said the burden of the reform package was falling primarily on students, which was “deeply disappointing”.

“It is impossible . . .  to welcome a package that increases costs and uncertainty for students while cutting funding to universities, and which, moreover, threatens the teaching model which was adopted with Commonwealth support almost 10 years ago.” Abortion hits the headlines, and the political becomes painfully personal