The need to weed the invaders of Merri Creek

Maintaining a corridor of healthy bushland through the closely-settled city is a constant battle. Volunteers are critical to the cause. To view this and other stories in our multi-media series ‘The Creeks of Melbourne’, click here.

It’s a damp Saturday morning, rainfall topping up the Merri Creek as it flows through Melbourne’s northern suburbs. An invisible chorus of frogs enjoys the conditions. Irena Cassettari is here too, undaunted by the wet and mud.
​
As leader of The Friends of Merri Park, an affiliated group of The Friends of Merri Creek, she’s busy organising volunteers of a hand-weeding program.
​
The program, which has run for two years, is aimed at protecting the ecosystem around Merri Creek by removing invasive grasses and replanting native species. It focuses on weeding, planting and rubbish cleaning.

Cassettari, previously a student of conservation land management and now studying biology and agricultural at La Trobe University, is hunting out a fearsome enviromental killer: ryegrass – one of Australia’s most damaging weeds.

These tufted grasses in the bluegrass subfamily look innocuous enough. There’s little clue to the threat they pose to native species.

But these invasive plants grow too big and fast, competing for sunlight and nutrients. The indigenous plant is overshadowed.

“Natives tend to have thinner leaves, whereas [with] invasive species, their leaves are much thicker and flatter, and they have a brighter colour,” Cassettari says.

“When you look at the base, native plants tend to grow like a big ball while the invasive plant is much smaller, just one little section.”

There are lots of species introduced into Australia that come from the first settlement when white people were walking around, and they liked to plant things brought from England to it look like home here,” Cassettari says.

These introduced plants have a knack of spreading far and wide. “When people plant in their own backyard, seeds can actually escape over their fence … the seeds could spread into the neighbouring area, particularly in some rural areas.”

Many residents along Merri Creek are still partial to introduced species rather than native plantings, and so the bushland along the waterway remains vulnerable to invasion.

Cassettari has prepared the weeding tools and hot drinks for participants who have joined her on this Saturday morning. She says they can always welcome more helpers. The number of volunteers who turn up tends to go up and down, depending in part on the weather.

It’s not unusual for the group to attract 20 or more volunteers. At other times there maybe only a handful, and so organisers are determinedly trying to get the message out of the rewards of volunteering.

“People like to get involved,” Cassettari says. “Many people stop for a while and give a hand when they do their morning jogging, but the difficult part is to inform people … to put the action (word out) in the right place so that people are aware of it.”

Young families in particular are encouraged, with a view to alerting the next generation to the importance of caring for their environment. Discarded rubbish is the other notable threat to the health of the waterway. Litter left behind by teenagers, for whom the bush provides an attractive, secluded hangout spot, is an ongoing nuisance.

“The goal is to get a community of people involved, so they can learn this at an early age, they will learn more about it and become more appreciative,” Cassettari says.

It’s not an easy lesson to learn. The weeding project is hard going. The group can’t use machines to pull out invaders – their roots are too big and sometimes cover native ones. Using a machine or chemicals kills everything, so the volunteers must pull the weeds by hand.

They also lack funds to hire professional workers to assist them. “We do have a contract to do it, the Merri Creek Management Community, have a team or workers. But there is not a lot of funding for environmental work, it’s not the primary aspect for those organisations, that’s why the voluntary program becomes really important.”

Planting programs are less laborious, and more immediately rewarding. Cassettari shows a local species the groups have planted this spring, with a fence to protect it while it is small. The next step is to wait for the wind to scatter seeds everywhere.

“By weeding out all this we can create a space where, when the [indigenous] seeds get released, hopefully they will fill up these spaces, and we will get more natives growing up. Cassettari and other volunteers spot weeds and hand pick them. 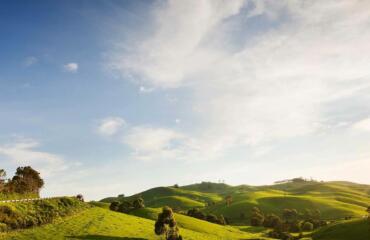