Swimming against the tide of Senate voting reforms

These are tough times for micro-parties, those political minnows looking to swim alongside the big fish of Australian politics.

The Federal Government’s Senate voting reforms have made it much more difficult for them to make a splash.

The changes ended group voting tickets, meaning that the parties have less sway in directing where voting preferences ultimately end up. And that means that micro parties, including the recently-registered Mature Australia Party, find themselves at a more acute disadvantage.

Ahead of the party’s first election foray, MAP Victorian Senate candidate Graham McCarthy speaks about the implications of the new voting system for his own party, as well as for established small parties.

While he places his faith in the voters, he is fearful the changes will result in the demise of micro parties generally. 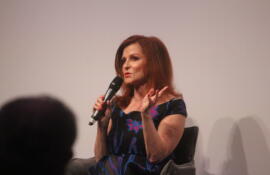