Covid-19 has prompted frenzied raids on supermarkets by shoppers stockpiling supplies. Not among them are the people who have been quietly preparing for the worst-case scenario for years. Anna Chisholm talks to three of them. 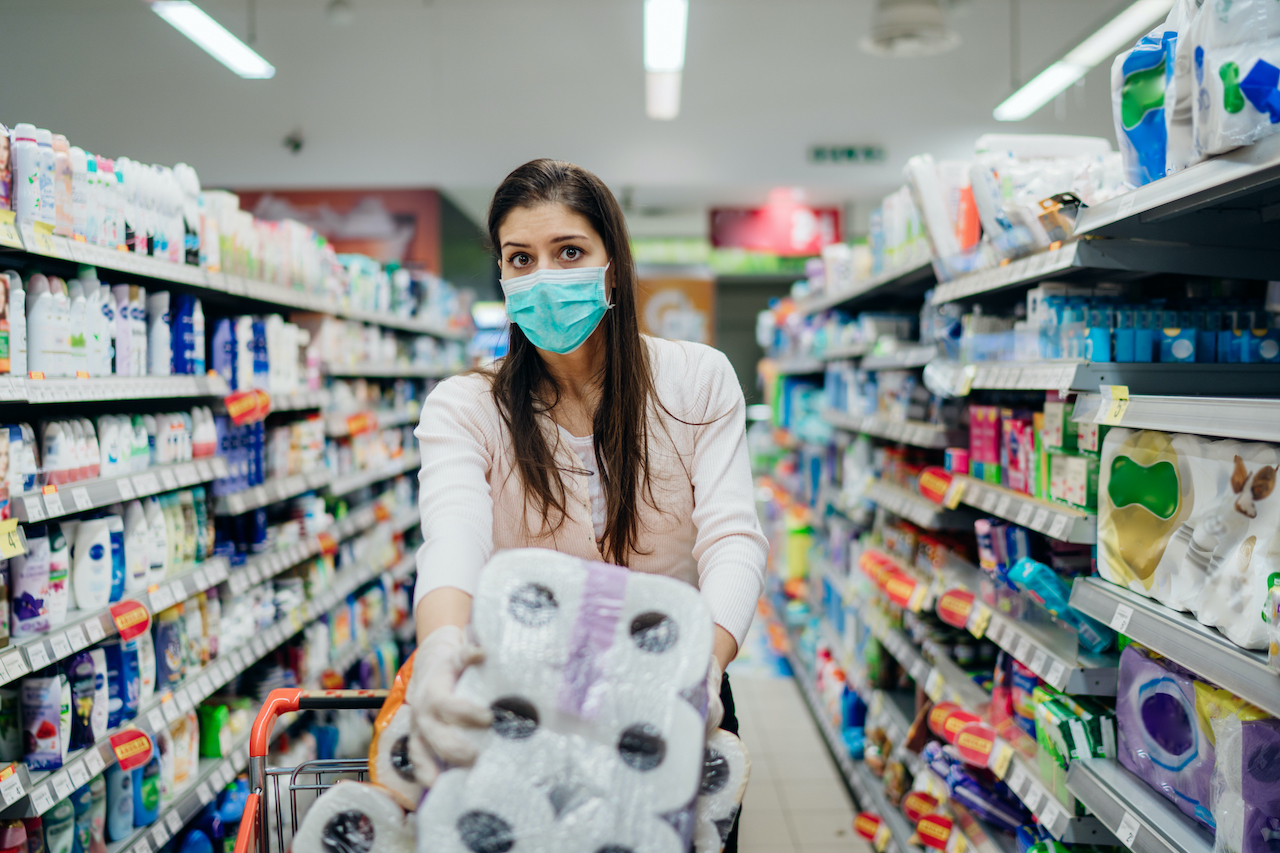 “We don’t need to panic buy because we’ve got enough to last.”

The speaker is Danny*, who in his day job works as a police officer in suburban Melbourne.

Danny is also a prepper. “Everyone would laugh at us prior, and now you look at the panic buyers.”

That was in the BC world – Before Covid-19. Today, like rolls of toilet paper flung out of supermarket storerooms into the grasp of desperate shoppers, terms like “panic buying” and “prepping” are hurled into discussions worldwide.

Prepping might seem a fringe pre-occupation, and perhaps until recently it was. But Danny says there’s been a spike of activity in online prepping forums. People are “jumping on it because of what’s happening”.

Meanwhile serious preppers have been readying themselves for impending calamity since long before the spectre of COVID-19 appeared.

Associate professor Michael Broderick, an author and academic at Perth’s Murdoch University with a long interest in doomsday scenarios, explains the motivations of prepping as a “subset of apocalyptic, millennial and survivalist thinking”. 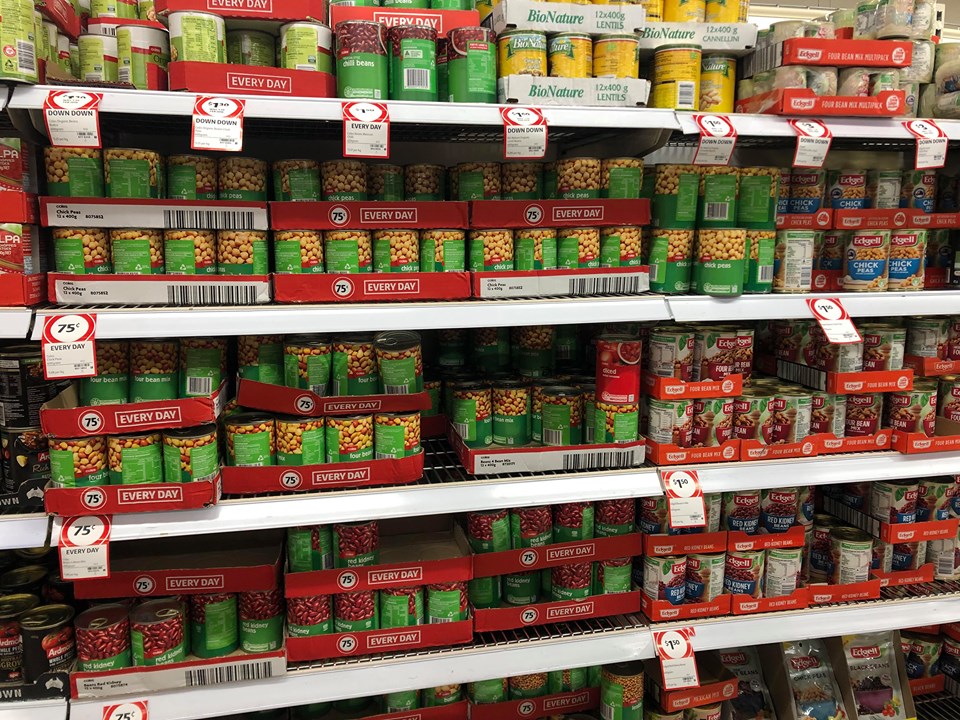 Canned vegetables and beans were among the first products to vanish from supermarket shelves when panic buying began in early-to-mid March. Photo: Anna Chisholm.

It’s not limited to any particular social group or demographic. While often characterised as an underclass activity, some of the most visible preppers in recent times have been the incredibly well-heeled – tech entrepreneurs, company executives and venture capitalists among them – snapping up property in New Zealand. The victors of 21st century capitalism have been making their own preparations for the cataclysm.

But whether your budget extends to underground bunkers or just a stash of canned beans, prepping – like sexuality – exists on a spectrum.

For some it’s a mentality, for some a lifestyle and for others a hobby. For police officer Danny it has been a passion that at times borders on all-consuming, fuelled by his nightmare imaginings of a super flu outbreak or a meteorite strike.

He fantasises about building a bunker if he wins the lottery – a place with enough food, water and space for his wife, two children and other close family “not just to survive, but to live”.

Meanwhile he keeps a bug-out bag – a bag of survival tools and necessities – that includes an axe, in his car if ever he might need them.

“Some people look at you funny,” he says of his prepping preoccupations.

Even his wife doesn’t subscribe to his approach to doomsday. When it comes to the prospect of a meteorite strike and life below ground, Danny admits she is of the “I’d rather just die, than live like that” mindset – which doesn’t bode well for life in the bunker.

But Danny is unfazed. His foray into stockpiling and tactical planning was a natural progression as his “mindset is all about prepping”.  Becoming a father has only “enhanced” his planning.

According to Danny, the prepping community’s downfall is its solitary inclination. Because, “as a community of preppers we would have a better chance of survival”. Internet forums and Facebook groups abound, but Danny is yet to befriend anyone from his online prepper networks.

Preppers tend to be “very protective of what they have”, he says. They are often cautious because they would be the “first people to be targeted” in a catastrophic event.

In light of the coronavirus pandemic now playing out, Danny is fine-tuning his planning. If he had his dream bunker now he’d have a lot more storage space. The toilet paper crisis is a “by-product of a pandemic” and confusing government messaging, Danny says.

“Three months ago we were so generous with donating money to the fires and now it’s every man for himself.”

Watching the coronavirus frenzy playing out, Danny resists the urge to say “I told you so”, but wishes people had been more “open to the possibility of a few things”. Awareness would have lessened the amount of panic buying, he argues.

Michael Broderick says prepping, historically, was usually religiously motivated, but these days preppers tend to be secular operators and highly individualistic. They will sometimes operate in small groups of family or like-minded friends.

“These beliefs span millennia,” he says. In more recent times prepping has been a response to the real or perceived threats of “nuclear holocaust, Y2K, pandemics, Mayan apocalypse, extreme weather events, religious or race wars, artificial intelligence, and the end of capitalism”.

Broderick also sees the “current fascination, if not fetishisation” of the end-times in popular culture – The Walking Dead, Game of Thrones, the Marvel franchise – as modern examples of the same old catastrophe mythologies that have consumed societies for years.

The apocalyptic tradition of prepping is a “narrative” that “has tremendous appeal to individuals and communities … who feel marginalized”, says Broderick.

Through the ages, preppers have emerged from alienated minority groups, he says. These are people who “distrust mainstream politics, governance and media as the mechanisms of their oppression, hence they can be easily drawn to conspiratorial, if not paranoid, thinking and associations”. 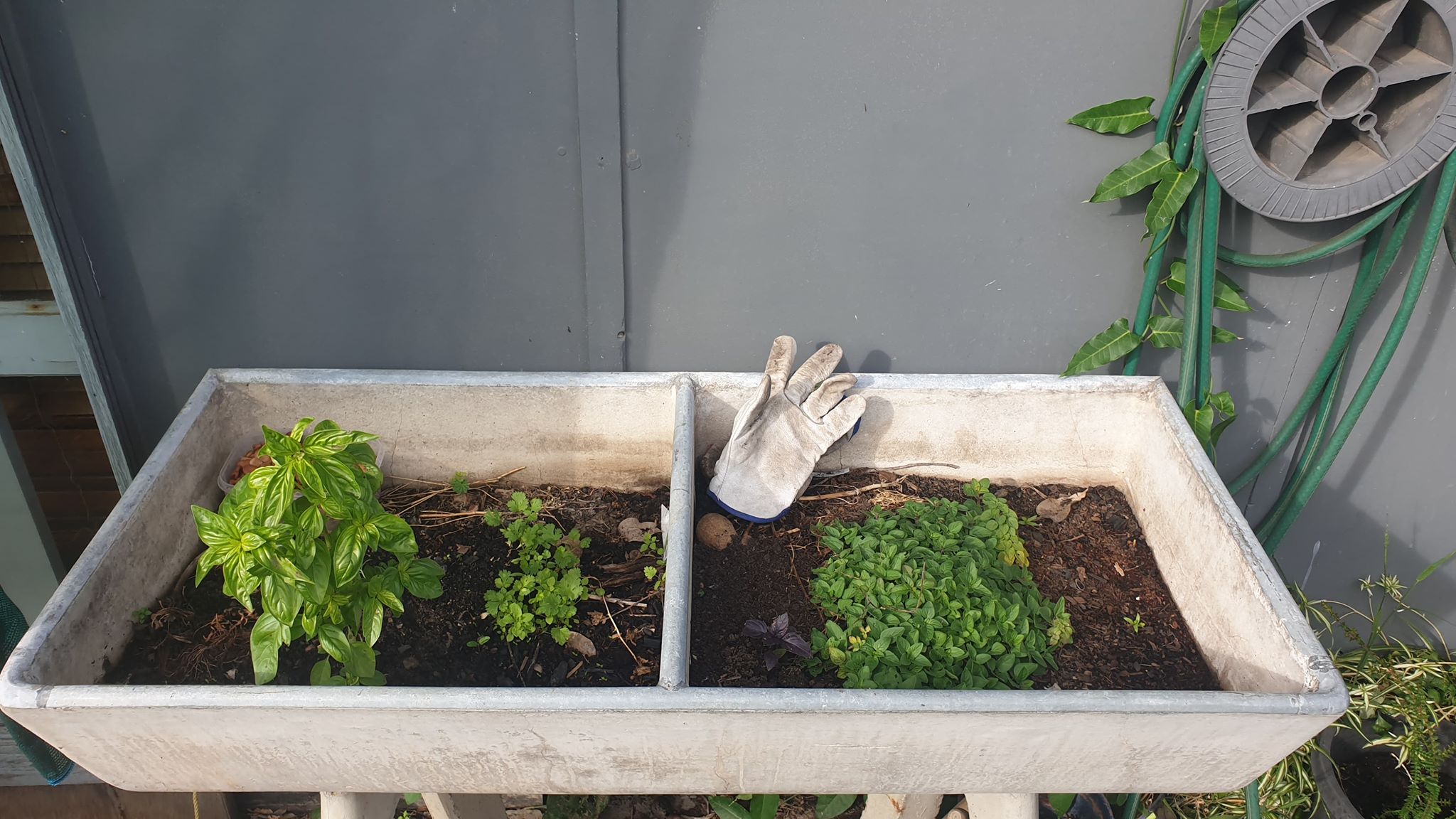 For 40-year-old reception worker Lucy Jones, the nightmare isn’t the bolt from the blue, like a meteorite crashing into the earth’s surface, but the slow boil of the climate playing out in plain sight.

She’s been doing her best to mitigate that risk with actions from the personal to the collective, from hauling home the office food scraps to joining Extinction Rebellion.

Her interest in prepping is the result of “fear and concern about the future because of the climate crisis”. It is “one of the main reasons” Jones and her partner have decided against having children. It’s a decision her brother and his partner have also made.

“Maybe people’s attitudes and governments’ attitudes might change after this,” she says.

Jones hopes that adjusting to and surviving COVID-19 will make fighting climate change and the consequential impact on the economy “a bit less of a daunting prospect”.

“It’s really impossible to say without knowing what the ultimate impact of this is going to be economically on people’s lives.”

Jones rents in Reservoir, and has found that renting is an obstacle to conventional prepping measures – like food stockpiling and digging up the yard to grow produce.

She prioritises “developing practical skills” because she wants a degree of independence from the volatility of supply lines that she she expects climate change to bring – something Covid-19 has now brought into sharp collective focus.

Jones has been “disappointed but not altogether surprised” by the “completely absurd” behaviour that played out in supermarket aisles in the first weeks of the coronavirus scare.

She has also stopped following some prepper and self-sufficiency pages on Facebook because, she says, they were just becoming too much.

The online community, Jones says, is composed of “rational science focused people who are concerned about things like climate change,” as well as a different camp who she describes as a “little bit crazy”.

Jones and her partner have put a “bit more effort into the garden lately” as – she says – have a lot of people. “Gardening is a constant life lesson.”

The recent chaos of supermarkets has left her feeling she would be more secure if they “knew [they] could just eat out of the garden”.

She says people are starting to think a bit more self-sufficiently, buying chickens, planting seeds. She’ll be surprised if there’s not an uptake in ‘‘prepping’’ once COVID-19 wanes. She wants to see a “prepping society”.

In her own street, the threat of Covid-19 has transformed strangers into neighbours. There is now a WhatsApp group and communal shopping runs. 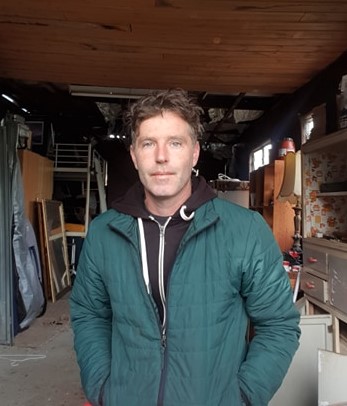 Sam Hoffman has, like Danny and Lucy Jones, also noticed a lot of action in the online prepper world lately, with lots of people jumping into the forums.

But unlike Jones, he’s not put off by the tenor of the contributions he’s reading, instead finding they are “talking about really good stuff”.

The Brunswick-based primary school teacher has been planning for a worst-case scenario for some time now, and wondered last year whether he may have accumulated the largest stockpile of baked beans in Melbourne’s inner north.

He’s developed the habit of spending an extra $10 a week on canned goods and storing them away. He estimates he has around a month and a half of non-perishable food, plus a thriving veggie garden.

Hoffmann’s involvement in prepping arose via his keen interest in permaculture.

He’s come to recognise some distinct types of preppers online. There is the “I’ve got to get guns and knives and fight people off my food” group, and those more inclined to food preservation and what he calls “the more practical stuff”.

He sees this as a reflection of the fact that prepping is “both a left-wing and right-wing response to what people see as inevitable”.

“The way we live is a problem and climate change will make it worse,” says the 42-year-old.

Hoffmann’s main fears are civil breakdown precipitated by energy shock or civil breakdown caused by climate change. Australia has just 28 days of petrol and crude oil in its emergency stockpile – less than one third of the 90 days worth it is obliged to have put away – a glaring national vulnerability in his eyes.

But right now he is most worried about not being able to see his daughter who lives with her mother in Castlemaine. “We’ve got skype,” he says, “so that should be alright”.

Hoffmann says the non-perishable panic that consumed supermarkets is revelatory of “how fragile the system is” and our rich diet of “apocalyptic fiction for the last 15 years”. Which, Hoffmann says, has “entered people’s consciousness”.

*Danny’s full name is withheld at his request. 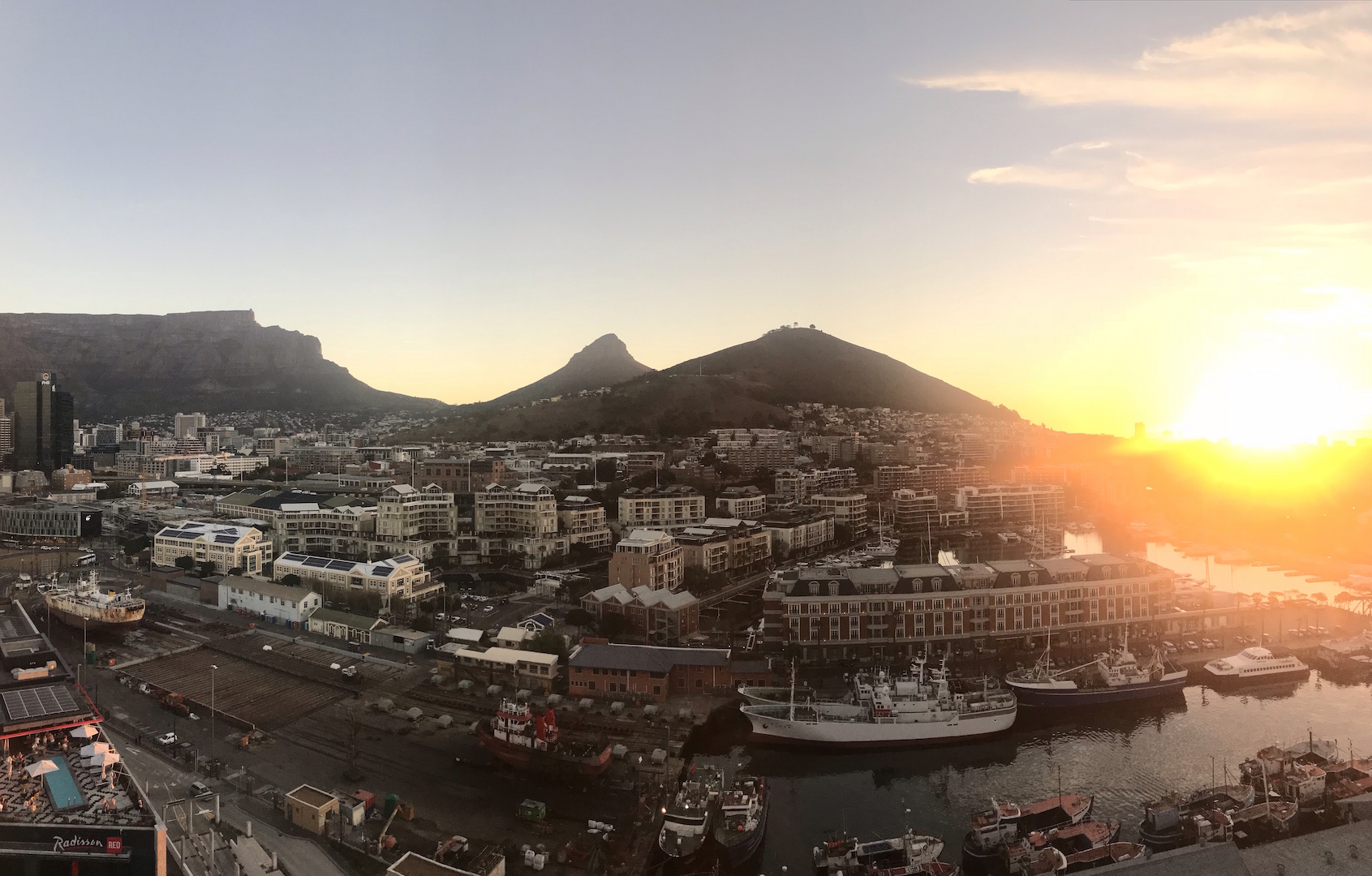