It’s a wintry Sunday afternoon. The pork cutlets are in the oven, red pepper mustard sauce simmering on the stove and the carrots, cabbage and brussels sprouts are steaming. Dinner is almost ready. 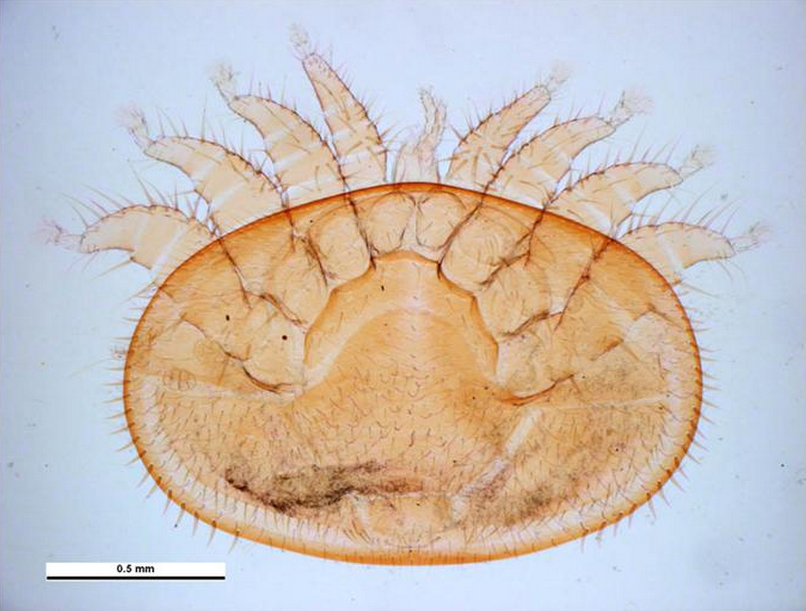 A microscope image of the Varroa mite, which has yet to reach Australia but has decimated bee colonies in Europe and the US.

You serve your meal, then sit and take a minute to contemplate how this food got from paddock to plate.

You work your way along the supply-chain: there’s the farmer, the processing and packaging guys, the transport people and the supermarket. You appreciate that a lot of work has gone into making this meal happen.

But have you remembered the humble honey bee which pollinated all of the food on your plate – pork cutlets aside – for free.

How do you put a value on that?

Melbourne Museum’s senior curator of entomology, Ken Walker, estimates that Australia gets approximately $5 billion worth of free pollination annually. Americans, meanwhile, get around $30 billion worth.

And therein lies the rub.

“When you get something free you don’t value it,” lamented Dr Walker. “[But] when you’ve got $30 billion and you suddenly lose half of it, that’s massive.”

America, Europe and the UK have lost half of their honey bees due to Colony Collapse Disorder (CCD), according to Dr Walker. 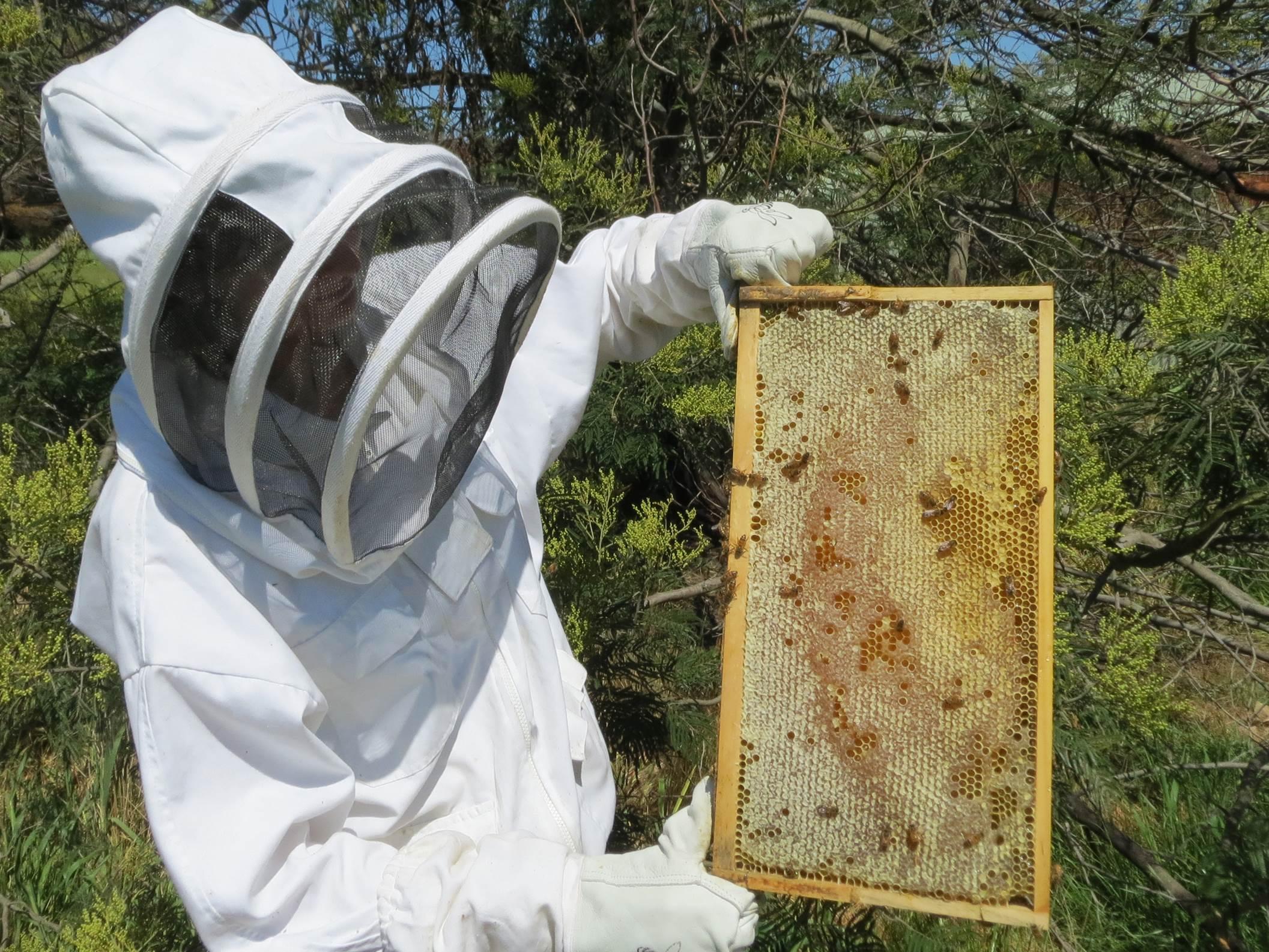 CCD is caused by the combination of the Varroa mite, a tiny parasite that latches onto the bee, and neonicitionoids, an insecticide commonly used in agriculture.

“The mite sucks the blood of the bee, which stresses the bee out and it becomes weaker,”  Dr Walker said. “Then the other bees in the colony get stressed.” Indeed, bees can become agitated very easily as “they are a ‘superorganism’ and very social”.

If an already weakened bee flies into a crop that has been sprayed or injected with the insecticide neonicitinoids, the added stress factor can wipe the colony out.

Dr Walker said this is what had happened in every continent except Australia.

“The mite sucks the blood of the bee which stresses the bee out and it becomes weaker, then the other bees in the colony get stressed.” — Melbourne Museum’s senior curator of entomology Ken Walker

“Europe banned all neonics on May 12, 2012 in recognition of the world’s colonies collapsing, but in Australia you can go to Bunnings and still get it,” he said.

Tristan Smith, who has been keeping bees as a hobby in Upper Ferntree Gully since 2009, said that in late January the Victorian Government injected plants in the area with a neonicitinoid.

The injections were part of a plan by the Department of Economic Development, Jobs, Transport & Resources to eradicate an exotic insect that was killing pine trees in eastern Victoria and threatening the state’s $1 billion softwood industry. The injections covered an area ranging from Beaconsfield to just south of Upwey. Injections were also used in the eastern Melbourne suburb of Mount Waverley. According to Mr Smith, the local community was given only three days’ notice of the program.

“I was annoyed with the short time frame,” he said. “It didn’t give me time to prepare and move [the bees] . . . One hive can be 20 kilograms, so it’s doable but it’s not easy. At my local bee club there are quite a lot of hobbyist bee keepers as well. We have [bees] to help the pollination around the area and some people have them for honey. The people that are mostly upset about this whole thing are the hobbyist bee keepers.” 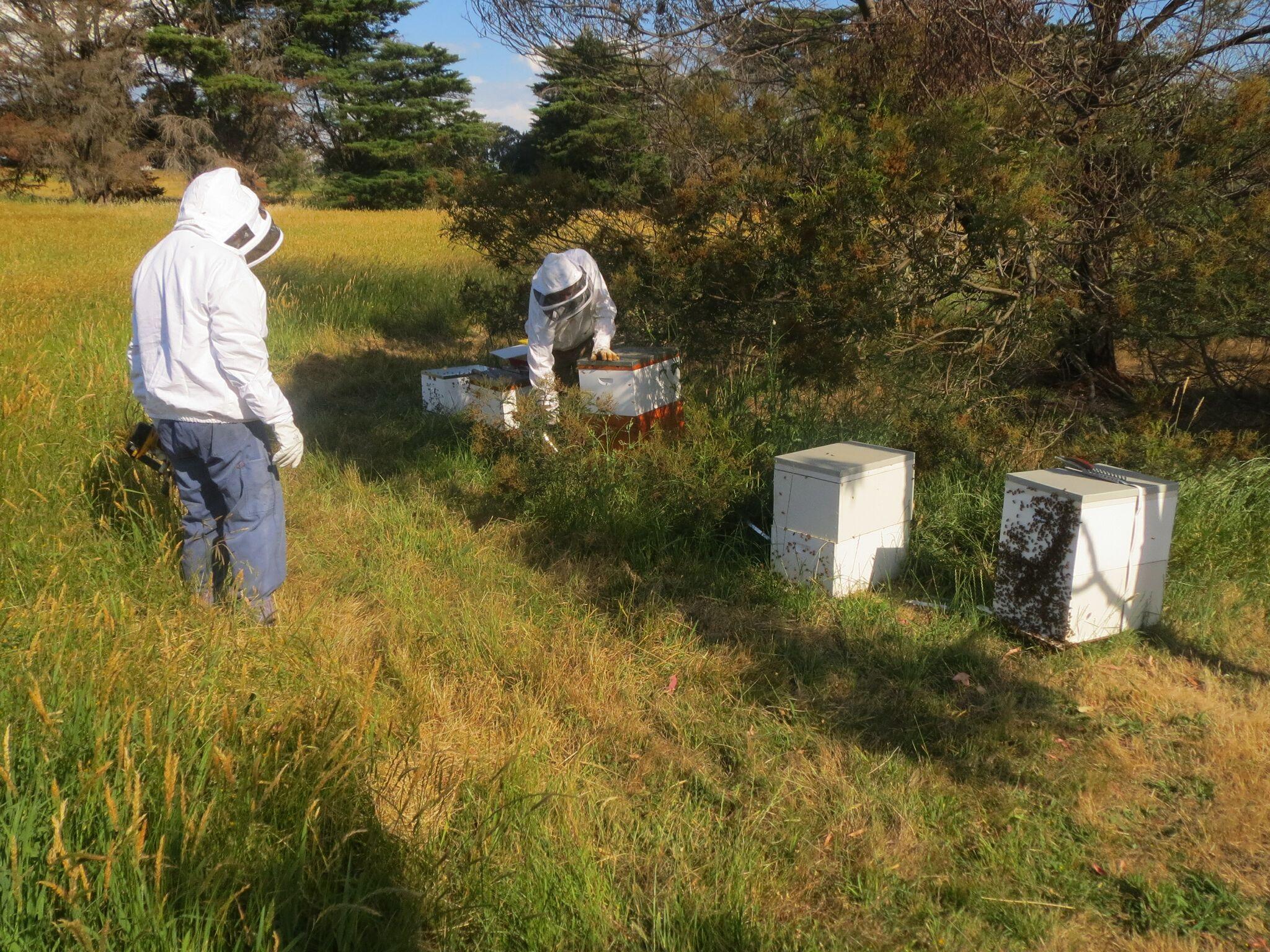 But he said the issue was not black and white as the alternative to injecting the trees was to cut them down, including those “trees of significance”. “That would be a horrible crime to remove [them],” he added.

Mr Smith said it was too early to tell how the injections had affected the hives.

The Commonwealth Government has declared it very likely that the Varroa mite will make its way to Australia eventually. Because of this inevitability, Dr Walker claimed that Australia “should be banning the use of neonicitinoids” as a precaution.

The Department of Agriculture has established around 1600 “sentinel hives” near Australian ports to act as an early warning system should foreign bees and disease enter the country.

The theory is that should Varroa enter Australia but elude being caught by quarantine, it will be detected at one of the sentinel hives, which are checked by bee enthusiasts every fortnight.

Dr Walker said the sentinel hives worked on the principle that, having entered the country, an infected bee would fly to the nearest flowery pasture, where it would meet with a local bee and pass on the mite.

“Farmers are going to have to begin hiring managed bee hives to come to their property when stuff is in flower and of course that will inflate the cost of production.” — Dr Walker

The infected local bee would begin to “stress out”, return to the sentinel hive and stress all of the other bees. This would be detected when the hive was next checked and authorities would be alerted immediately.

“There are a lot of ‘ifs’ with this process but sentinel hives are better than not doing anything to try to be alert to a Varroa mite infestation in Australia,” Dr Walker said.

He added that half of Australia’s $5 billion worth of free pollination is actually derived from feral hives – those not managed by people.

“When Varroa enters Australia, these hives will be the first to go. Farmers are going to have to begin hiring managed bee hives to come to their property when stuff is in flower and of course that will inflate the cost of production.” Next level: the climate-changing potential embedded in the immersive world of video games 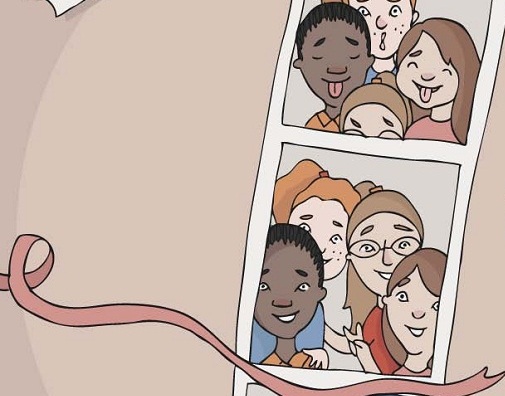