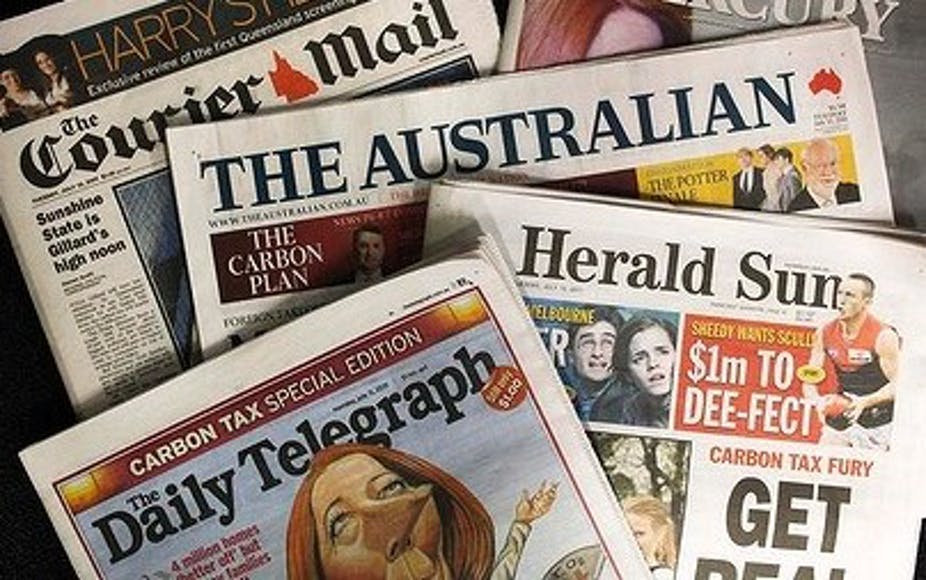 The Australian Media Bargaining Code has "not addressed the slow decline of journalism,” argues Lizzie O’Shea, chair of Digital Rights Watch. “The last thing we need is $30 million going to News Corp. That’s a worry to me.”

It was seized by many media organisations as a lifeline for cash-strapped newsrooms. But as money from the Federal Government deal forcing tech giants Facebook and Google to pay Australian media companies for their content starts to flow, critics argue that Rupert Murdoch, not journalism, will be the big winner.

“It has not addressed the slow decline of journalism,” Lizzie O’Shea, chair of Digital Rights Watch, said of the Australian News Media Bargaining code, struck in February.

“If you want to fix that problem, invest in media that has gone missing because they are less profitable, like regional news and specialist beats.

“The last thing we need is $30 million going to News Corp. That’s a worry to me.”

Her concerns were echoed by Dr Jeff Jarvis, professor of journalism at the CUNY Graduate School of Journalism in New York: “This was [Rupert Murdoch’s] law, and it was his effort to blackmail the platforms for money that goes primarily to him.” Digital Face-off: Responding to the concerns of digital rights advocate Lizzie O’Shea (top) and US journalism expert Professor Jeff Jarvis (bottom), the Guardian Australia’s Dan Stinton (right) argued they were conflating “the very real issue of Murdoch’s dominance” in Australia’s media landscape with the competition the code tries to address”. The forum was moderated by the Centre for Advancing Journalism’s director Associate Professor Andrew Dodd.

The pair were participating in a panel analysing the code, the first regulation in the world to force Google and Facebook to pay for the journalism they republish to attract viewers and advertising. Joining them was Dan Stinton, managing director of Guardian Australia, one of more than 50 Australian publishers to benefit from deals struck with Google as the Australian code was being debated, and that number has since more than doubled. The event was hosted by the University of Melbourne’s Centre for Advancing Journalism and the Digital Studio.

Stinton was the only one of the trio to agree to the proposition put by moderator Dr Andrew Dodd, director of the Centre for Advancing Journalism, that the flow of money into news organisations after years of digital disruption and downsizing was a good thing. O’Shea and Jarvis argued the money won’t address the gaps in journalism.

O’Shea pointed out that WIN Television, a regional news provider in Victoria, was cutting 19 jobs and recently announced it would be cancelling a number of local bulletins as evidence the media bargaining code wouldn’t fix the problem.

Hours after the panel ended, the ABC announced its new deal under the code with Facebook and Google, touting it would boost investment in regional news services. Discussing the inclusion of ABC and SBS in the code during the panel, O’Shea said “this is a bad thing” because the outlets would now be reliant on the whims of tech giants, and have a source of private funding that could justify further cuts by the government.

Jarvis argued the code would stifle the reckoning sorely needed in journalism. He used the UK-based Guardian Media Group’s entrance into the Australian media scene with the launch of  Guardian Australia online in 2013 as an example of how new and innovative media could disrupt the landscape for good. But he said he was now “profoundly disappointed by The Guardian playing along with Murdoch” in the creation of a code that funnelled money into “big old companies and too little to the development that we need in journalism”.

“This is a very important warning,” said Jarvis as he waved at his fellow panellists Kevin Rudd’s book ‘The Case for Courage’, which argues Australia’s democracy is sliding into disrepair because of Murdoch’s media monopoly.

But Guardian Australia’s Stinton said Jarvis and O’Shea were conflating “the very real issue of Murdoch’s dominance” in Australia’s media landscape with the competition the code tries to address.

“Google and Facebook compete with publishers in the digital advertising market in a way that they don’t compete with say Bunnings in the hardware market … So there is a difference here.

“There is a reason why they shouldn’t be forced to pay for the benefit they receive from our content.”

Arguing the code was crucial to resourcing public interest journalism and countering misinformation on the internet, Stinton said: “Over 90 per cent of the investment we are going to make will be going to new journalism roles that would simply not exist were it not for the deal we struck with Google, and the deal we are hoping to strike with Facebook.”

“You only have to make $150,000 as a news publisher to qualify for this, it does not just benefit Murdoch. There is a reason why every publisher in the country pretty much supported this legislation.”

O’Shea argued taxing the tech giants would be a better alternative. But Jarvis, who was alarmed by the overall concept of monetising the internet, didn’t agree, arguing there was no assurance the tax money would flow to journalism.

Both were concerned the code had turned news into a commodity rather than a service, and in doing so, incentivised clickbait journalism and preserved the problematic business model of extracting data from people for monetary gain.

Stinton agreed data harvesting business models need to be reformed, but argued that this was the role of privacy law reform and was already in motion.

Claiming that the code gave tech giants the power to set news agendas based on their algorithms, and the ability to abuse its power as it did in February when Facebook banned Australian users and publishers from viewing or sharing content, O’Shea said news organisations should not be cementing their reliance on Facebook and Google.

But for news organisations, divorcing from Google and Facebook was not easy, Stinton said. The Guardian Media Group had been working for 10 years to develop strategies to reach its audience without relying on tech companies, he said, but the scale of their reach could not be ignored.

“They basically control to a large extent where people go online, you simply cannot have an online business without being reliant on them for traffic. So I think this again comes back to a competition issue. Making it broader than that is a mistake.”

Stinton reminded the panel that the code was just the beginning of media reform in Australia: “Let’s do the next thing which is to start reforming privacy laws, so then we can solve the next problem after that.

“I don’t think the news media bargain code can solve all of the problems in journalism.”

A link to the video of the panel discussion ‘Digital Face-Off: The future of news on global technology platforms’, hosted by the Digital Studio in conjunction with The Centre for Advancing Journalism, is available here.