Pregnant pause as women ponder life on an unfriendly planet

Climate change is looming large for many young women. Around one third told a recent survey they are reconsidering whether to have any children – or more children – because of fears about the future. Fia Walsh talks to two of them. 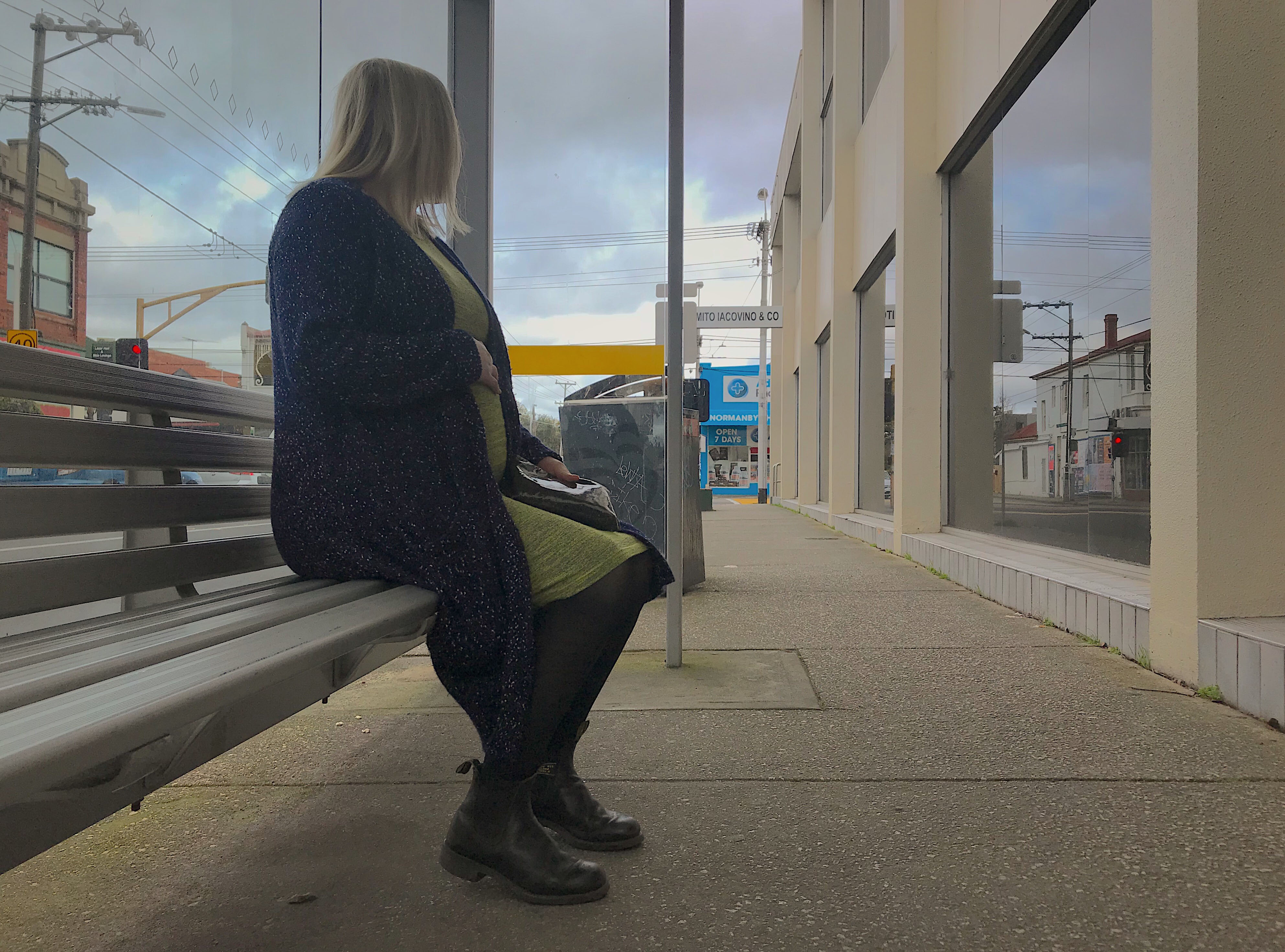 “I do certainly have moments where I’m like, ‘Oh my God, why have I chosen to do this?” says seven-months-pregnant Claire. Photo: Fia Walsh

Words and pictures by Fia Walsh

As a teenager, Jess assumed children would be in her future. Now a 35-year-old who works in digital marketing, she has decided to remain childless. A “big part” of that decision was, she says, climate change.

“If I were to have a kid, what kind of future would they be growing up in? It fills me with a sort of dread … it’s pretty depressing,” she says. Jess is concerned with both the conditions future generations will face, and with trying to minimise her own carbon footprint as pressure grows to rein in soaring greenhouse gas emissions.

Similar concerns play on Claire*, 30, a social worker at a major Melbourne hospital who is seven months pregnant. At a time when she should be looking forward to the arrival of her baby, she finds herself plagued by worry about whether having a child was the right decision. “I always thought kids were something I would never kind of question,” she says. That began to shift through her twenties, as she became aware of the looming threats from climate change.

“What [are] the ethics around bringing a child into a world where she is undoubtedly going to have enormous challenges in her life?

“I do certainly have moments where I’m like, ‘Oh my God, why have I chosen to do this?”

Jess and Claire are not alone in wrestling with these issues – far from it. One third of Australian women under 30 say they are reconsidering having children because of fears about an unsafe future due to climate change, according to a 2018 survey by the Australian Conservation Foundation and 1 Million Women.

Developmental psychologist Dr Ann Sanson, an honorary professorial fellow at the University of Melbourne who works with children and parents managing anxieties about climate change, is seeing many young women struggling with whether to become mothers.

“People haven’t been put in this position ever before,” she says. “It’s an extremely valid concern, especially when our governments are not taking urgent action.

“The prospects for the next generation are not very good, and I think people are starting to realise that it won’t be possible to protect their own.

“Even if they’ve got a lot of resources themselves that they can give to their kids, that’s not going to protect them from the wide-scale disruptions that are ahead.”

Scientists predict that even if action against climate change is taken quickly, extreme weather events such as the bushfires that raged for much of September in Queensland and New South Wales will escalate over the next century.

“We’re talking about that being the new normal. In fact, sadly it’s not the new normal: it’s the harbinger of worse things to come,” says Dr Sanson.

Children are already paying the cost of climate inaction. Most health problems caused by changing climate occur in the young and poor, according to the World Health Organisation, which has declared the heating planet to be “the greatest threat to global health in the 21st century”.

Not only are children vulnerable to disease and pollutants, their mental health can also suffer. Stress accumulates over the lifetime of a child experiencing extreme weather events and disruptions, says Dr Sanson, making them more likely to develop symptoms of post-traumatic stress, depression and anxiety. Health experts are warning of spiralling “eco-anxiety” across all age groups.

This is one of Claire’s concerns for her child’s future. “She’s not going to have the same carefree childhood I was able to have.”

But, for Claire, thoughts of a generation raised to be conscious of the environment formed part of her decision to have a child.

“Our best hope really is with young people … if we can do a good job of raising them,” she explained.
Claire plans to raise her child to be environmentally aware, and has sourced reusable nappies and second-hand toys. But she said a lot of well-intentioned people gifted “throwaway stuff” that hampered her efforts to reduce waste.

“When you have a baby, lots of people want to buy you things,” she says. Claire also points out that some childcare centres would not accept reusable nappies, arguing there should be more support for parents striving to be environmentally conscious.

Jess agrees that raising a child with that goal in mind seems an “unmanageable task”.

“Space-wise, time-wise, it’s all really hard … and it costs money,” she says.

Both Jess and Claire say they feel uncomfortable discussing their concerns about reproductive choices and climate change. Jess says she has felt the need to be “careful” when talking to some friends and family as she fears starting an argument or upsetting them.

Dr Sanson thinks that while there had been “a collective silence” about this issue, the conversation is now evolving.

In July this year singer and actress Miley Cyrus told Elle magazine she would not have kids unless the climate outlook improved. About the same time Prince Harry revealed he and wife Meghan would not have more than two children, for environmental reasons.

Dr Sanson advises that “action is the best antidote to anxiety” so that parents can tell their children they are doing everything in their power to pass on a healthy and liveable planet.

Along with individual consumer choices, Dr Sanson encourages people to take part in rallies, write letters and speak to their MPs. “We know we’ve got all of the technological solutions, we just don’t have the political will,” she says

“It’s so easy for us to feel like we don’t have any power, but if we act together we actually do have power and can force change.”

*Claire* (a pseudonym) and Jess asked not to be identified.