The owners of an olive oil soap company in Western Australia have spent tens of thousands of dollars fighting Richard Branson’s Virgin Group for continued use of their trademark.

Louis and Edwina Scherini, who own the Vasse Virgin soap factory and retailer in Margaret River, south of Perth, will defend their company in a submission to Intellectual Property Australia due June 10.

“It’s a brand that we’ve built for quite some time,” said Mr Scherini, who registered the trading name Vasse Virgin in 2000. “We’ve got a huge following and it would be very costly for us to change that brand when that’s what we’re known as.” Mr Scherini and his wife started selling soap made from extra virgin olive oil in the 1990s, but they’ve since expanded their business to include a gourmet food range, skin care line and group workshops. Last year, the couple and their business partner became Australia’s first olive oil sommeliers.

Mr Scherini said he first heard from Virgin Enterprises Limited, the company that licenses trademarks for Virgin Group, in October 2013, after Vasse Virgin made an application to expand their trademark to include new services – including tours through the olive grove and workshops.

He said Virgin Enterprises argued that use of the name “Vasse Virgin” could confuse consumers into thinking they were linked to Virgin Group.

According to Edwina Scherini, Vasse Virgin initially agreed not to use their logo on services that might compete with Virgin’s brand, such as aircraft or racing cars.

But negotiations stalled after 18 months and Virgin Enterprises filed an objection to Vasse Virgin’s application.

Elizabeth Gain, a spokeswoman for Virgin Group, said the company did not object to Vasse Virgin’s use of the word “virgin” in the sale of olive oil products.

But she said that Vasse Virgin’s trademark application “covers a very broad range of goods and services, some of which fall squarely into the core activities of the Virgin Group”.

“There are ongoing discussions between VEL and the Vasse Virgin team to attempt to resolve these issues,” Ms Gain added.

But Mr Scherini said he feels like his company has been “bullied” by a large, powerful conglomerate.

“We’ve done nothing wrong,” he said. “We’re no threat to them whatsoever. We’re a mum and dad operation on a dirt road down in Margaret River for God’s sake.” 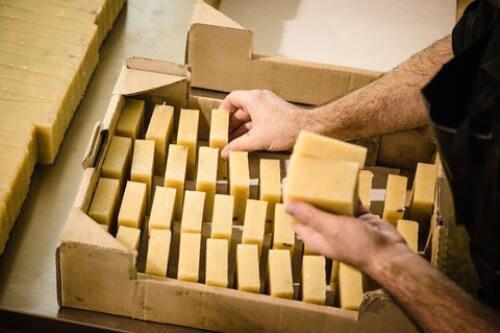 Mr Scherini said the legal process has cost them $50,000.

“It’s very hard to take that just because we’re a small company and they’re a huge company,” he added. “It doesn’t make it right because they’re a big company. I think we need to stand our ground a little bit.”

Virgin Group has been eager to protect its branding all over the world and objected to a variety of trademark registrations, including one for US television series Jane the Virgin.

Nick Fox, Virgin’s London-based director of external relations, said the company had “worked hard to build a strong brand over the last 45 years that is trusted around the world.”

“On occasions we have had to resort to legal action to ensure that there is no confusion in the market as to the ownership of a company or business or where we feel that a name will cause confusion with an existing area of our operation,” he said. “On most occasions we work with the owners of the business to come up with a solution. Sadly, sometimes this is not possible and it ends up in a legal process.”