The use of professional bridesmaids is on the rise in China but as Yan Li reports for all the stories of love and joy, there is a dark side to the industry. 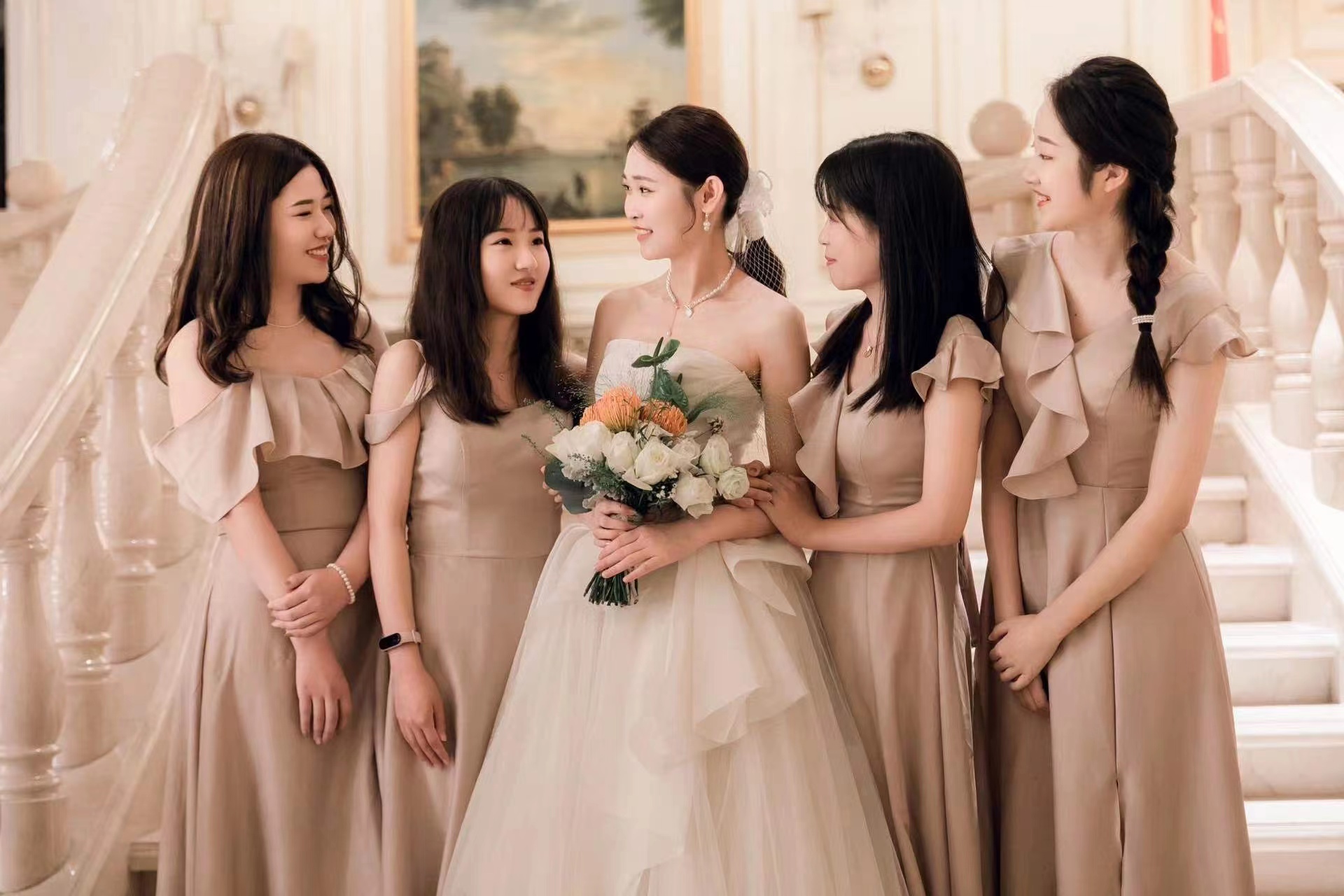 Ya Shu (first on the left) a professional bridesmaid poses for photos with the bride. Photo: Ya Shu

Words and Photos by Yan Li

No one has more best friends than Ya Shu. The 23-year-old college student in China has attended 52 weddings over the past two years, working in her second job, as a professional bridesmaid.

As a professional bridesmaid, Ms Shu gets paid by strangers to act as their best friend at their weddings. As long as the wedding goes well and the bride is happy, her mission in a strange city is done. A few days later, she may fly to another city to witness another couple’s sacred moment; again, as a bridesmaid.

“I’m basically doing this for a living now, and this year I’ve made about 30,000 RMB as a professional bridesmaid, which is a lot for a university student in China,” says Ya Shu, who has flown more than 100,000 kilometres, travelling all around the country.

“What young girl would resist the charm of a job that provides the chance to travel while also earning money?” Ms Shu says.

Zhonghua Cao, an expert from the Chinese Traditional Culture Promotion Council, told Chinese state broadcaster CCTV on 13 July that professional bridesmaids are a rapidly growing industry, which is expected to grow by 25% to 30% in the coming year. 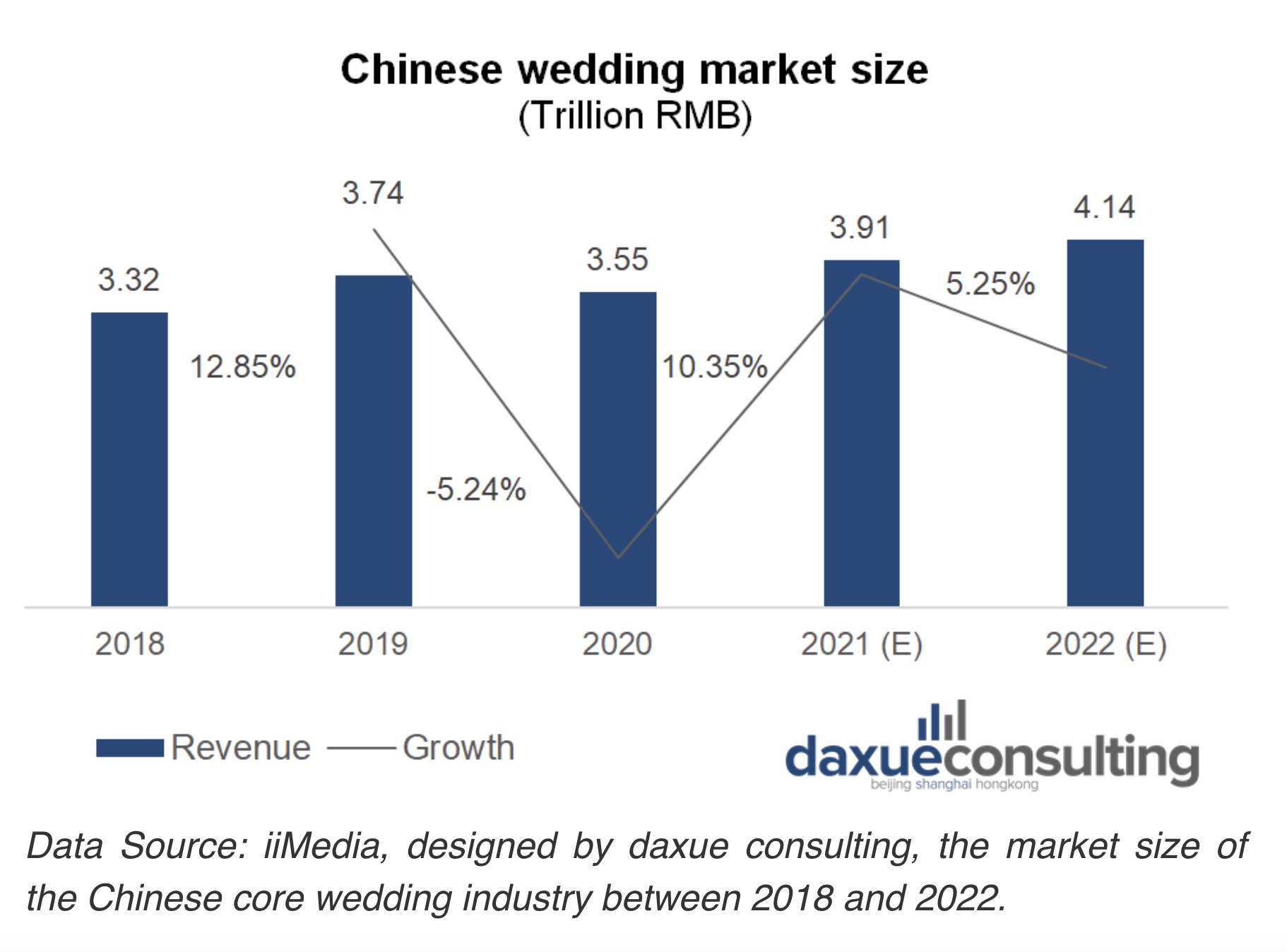 “Most people doing this job are between 20 and 25 years old, and most importantly, you must be unmarried!” Ms Shu says.

In ancient China, people thought that single women were innocent and pure and that couples would spread their happiness to their bridesmaids, assisting them in finding love more quickly. This wedding tradition still exists today, so couples are more willing to choose unmarried women as bridesmaids.

Jinru Liang, a 36-year-old bride who hired five bridesmaids for her wedding this year, says she asked strangers to be her bridesmaids because her close girlfriends were either already married or had been bridesmaids too many times.

Ms Liang says her husband is very supportive of the idea of hiring professional bridesmaids.

“Professional bridesmaids save us a lot of work and we don’t want to owe our friends, so we might as well just pay for the most professional person to take care of it, but we won’t tell our parents about it because it’s still difficult for the elderly to accept,” says Liang’s husband Lin Huang.

Many couples cannot find an unmarried bridesmaid of the right age when they get married. According to the 2021 Civil Affairs Development Statistics Bulletin released by China’s Ministry of Civil Affairs, the proportion of married people aged 30 and over, reached a record of 48.2%, up 1.7 percentage points from the previous year, reflecting the fact that Chinese people are delaying marriage. 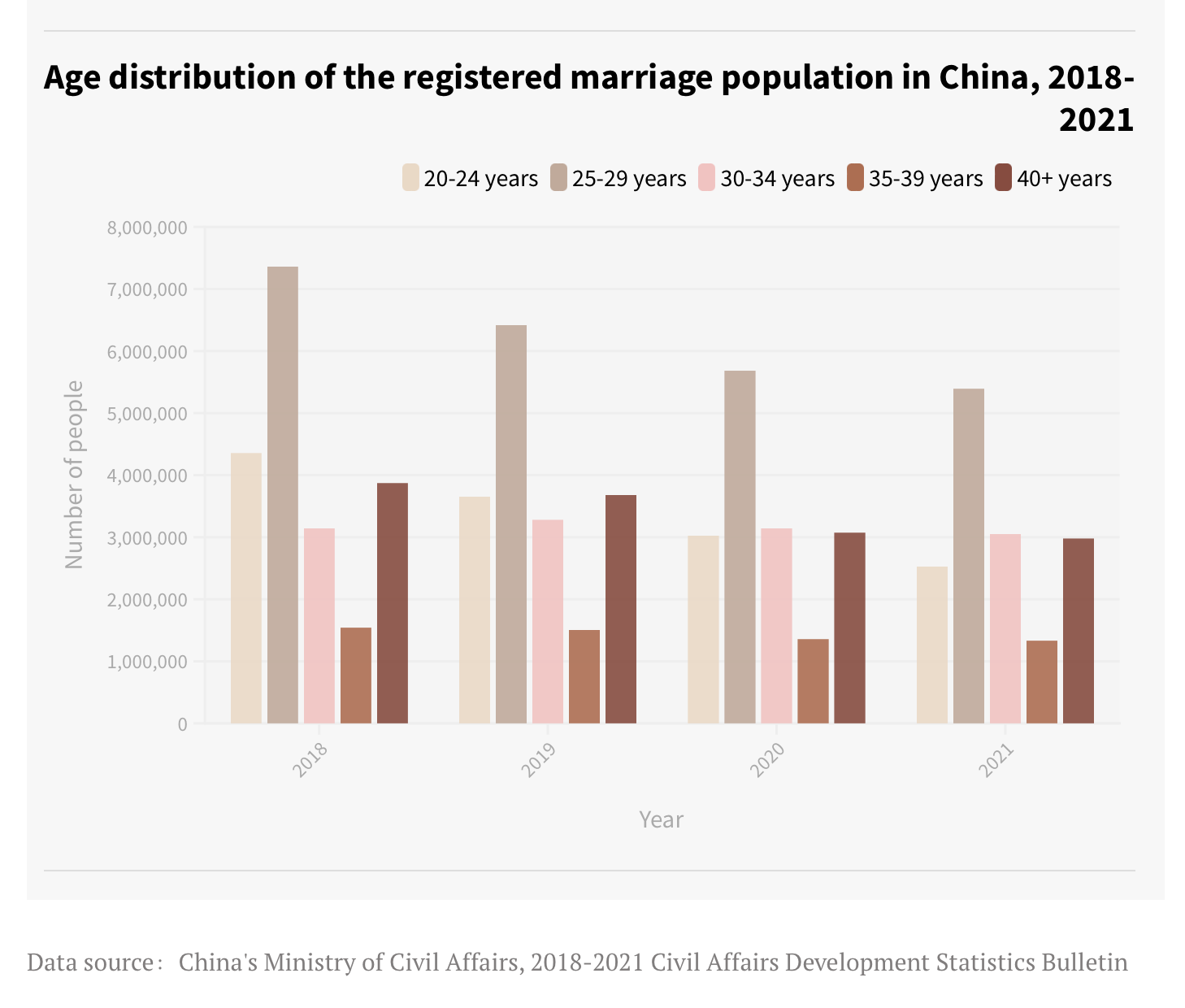 “These obstacles are ample evidence of the strong demand for a professional bridesmaid business,” the analysis says.

As early as May last year, statistics released by Alibaba’s second-hand trading platform Xianyu showed that during May Day 2021, the number of “bridesmaid rental” service transactions on the platform surged to more than 20 times that of the same period last year.

Yuanzhe Yin, the founder of a bridesmaid rental company based in Hangzhou, told CCTV in July this year that the number of registered members on their platform had grown to 50,000 since they launched their bridesmaid service in February. 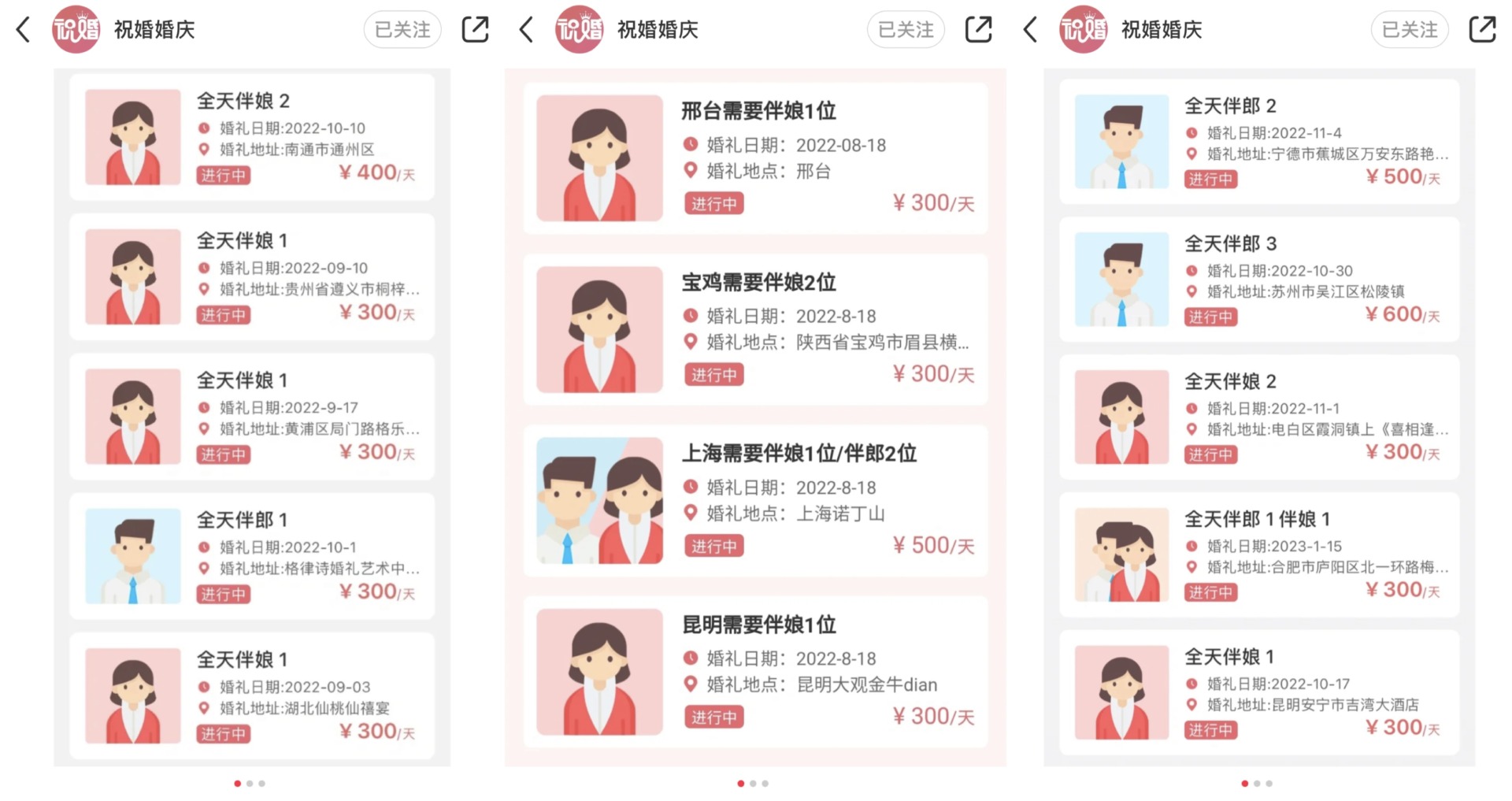 In addition to the requirements for the bridesmaids to be single, the newlyweds can also specify the bridesmaids’ height, weight, personality, and even education.

“Before we start this job, we will fill out a form detailing our height, weight, zodiac sign, personality, and special talents and release them all online as well as our photos.

On a working day, Shu gets up at 4.30 am to prepare for the wedding. She accompanies the bride to take photos and change clothes and may be required to entertain the guests, perform at the wedding or give a toast. In China, many bridesmaids are asked to perform dancing, singing, musical instruments and other talents for the guests at the wedding. A bridesmaid will spend the whole day at the wedding, right until the party is over around 10 pm.

“I have a fake name and a fake backstory,” says Ms Shu.

“It’s rare that someone will ask you in great detail about your identity at a wedding, they usually default to you being a real friend of the bride, and if there’s a special situation, we make up something that looks very much like it really happened,” says Weijia Ding, who has been a professional bridesmaid for a year.

Ms Shu said some professional bridesmaid businesses earn tens of thousands of RMB a month but she usually earns around 200 to 2,000 RMB a day ($40 – $400 AUD), and the newlyweds generally cover the bridesmaids’ transport and accommodation costs.

Liangliang Xue, who married last year, says she had to hire bridesmaids because “being a bridesmaid is such hard work,” and it is “quite rare” to find someone willing to get up with her at four o’clock to apply her make-up, take photos and all that goes with being a bridesmaid.

Yuchen Jia, like Ms Shu, works as a part-time bridesmaid and recently completed her first professional bridesmaid order. Ms Jia says she was inspired to become a bridesmaid after viewing a job posting for bridesmaids on the Little Red Book app.

However, there is also a dark and dangerous side to this profession. According to Hu Yang, a senior researcher at the University of Essex, in his 2016 article ‘The dangers of being a bridesmaid in China’, bridesmaids are sometimes subjected to verbal harassment and physical and sexual abuse in traditional Chinese weddings.

Mr Yang argues in many cases, wedding occasions “legitimise the explicit expression of sexual desire for some men which is exacerbated by the excessive consumption of alcohol by both bridesmaids and groomsmen… In extreme cases, some bridesmaids are stripped of their clothes and molested, or attacked.”

Furthermore, in 2016 and 2018, the media reported bridesmaids being forced to consume alcohol at wedding celebrations and in September this year one bridesmaid died from alcohol poisoning after “being forced to drink too much at a wedding.” According to a 2016 article on the China.org website, bridesmaids at wedding parties are forced to perform degrading games and tasks such as lighting cigarettes for guests, making physical contact with guests, and even being asked to take off their clothes in front of everyone, which scares away the bride’s real bridesmaids.

Lawyer Yiqi Jia, of China Weiheng Law Firm, says hiring bridesmaids is legal since it is a new form of labor contract that satisfies wedding practices by assisting with marriage and the related wedding process.

Yiqi Jia would not comment on whether the profession is exploitative or dangerous, and he said he hadn’t had any cases of professional bridesmaids suing yet.

Xuanming Lei, an expert from the China Wedding Arts Professional Committee, says professional bridesmaids are a new profession born out of market demand and are still in the early stages of development, lacking practical regulation and needing further improvement.

“We need to fight for more rights to protect this group of women,” says Ms Lei.

Ms Shu plans to register her own bridesmaid rental company after she completes her university studies next year. In the meantime, she met her boyfriend, who is a ‘real bridesman’ – an actual friend of the bride or groom – rather than a professional one, at a wedding this year.

“Having been to so many weddings, I can’t wait to be a bride myself one day!” Ms Shu says. 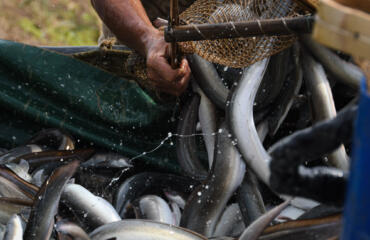 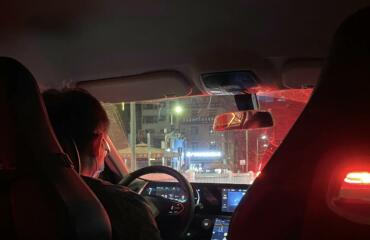 Words and photos by Zhixin Zhang 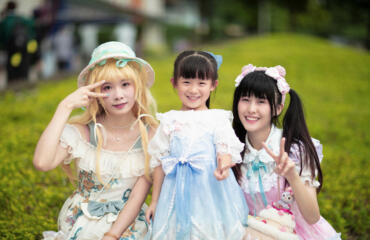 Not freaks or prostitutes: A subculture seeks understanding 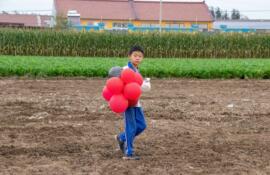