The survival of the grey-headed flying fox, which has menaced Melbourne’s public parks in the past, may be threatened by climate change, according to experts. 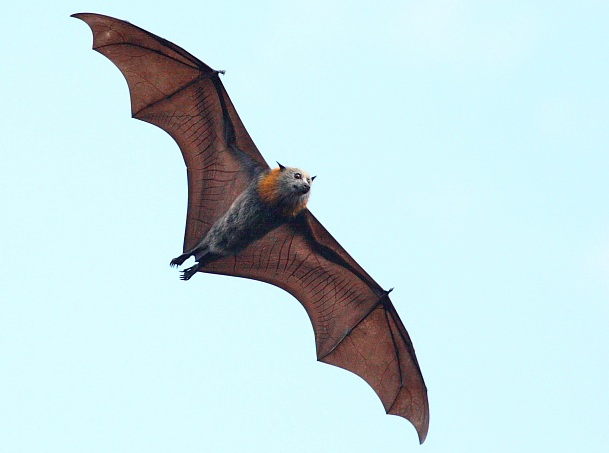 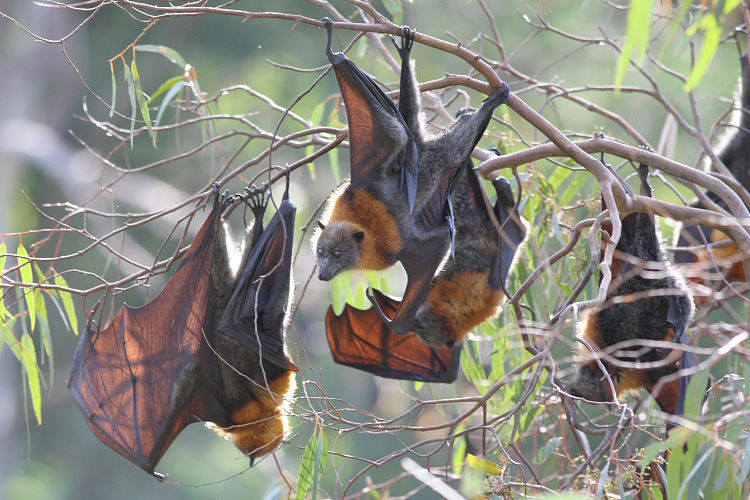 Rising temperatures across the city in the summer, warmer winter nights and a decline of frosty conditions is endangering the bat species that has been listed as “vulnerable”, according to Dr Rodney van der Ree, deputy director of Melbourne University’s Australian Research Centre for Urban Ecology (ARCUE).

“They’re one of the smartest animals brain-wise,” he said. “They know from 500 kilometres away if there’s a massive flowering event and go there. By pollinating forests and spreading seeds, they’re vital to the health of the forest.”

The bats are one of the largest in the world and are protected by the Flora and Fauna Guarantee Act 1988 in Victoria, the Threatened Species Conservation Act 1995 in New South Wales and the Federal Environment Protection and Biodiversity Conservation Act 1999.

​They also feature on the International Union for the Conservation of Nature’s Red List of Threatened Species.

About 10,000 of the grey-headed bats live at Yarra Bend Park  after they were moved from the Royal Botanic Gardens in 2003.

Tom Thuys, a wildlife officer at the Department of Environment and Primary Industries, said that the bats were not used to 40-degree heat and preferred high-moist conditions.

About 10,000 of the grey-headed bats live at Yarra Bend Park, after they were moved from the Royal Botanic Gardens in 2003.

“We have volunteers on standby who monitor the temperatures and use a technique called misting, where spray packs are used to cool them. The volunteers are vaccinated against various viruses so there’s no threat of disease or infection,” he said.

“Grey-headed flying fox camps range from southern Queensland, down the coast to NSW, into Victoria and now Adelaide,” he explained. It’s an annual movement of bats during the summer months when some of them head south.

“The camps are getting bigger and they’re staying longer. There’s clearing and habitat loss in their range so they’re forced south and into urban areas.

The bats were moved to Yarra Bend Park because they were damaging historically significant trees at the Royal Botanic Gardens, said Dr van der Ree, who was one of the project leaders who oversaw their relocation. 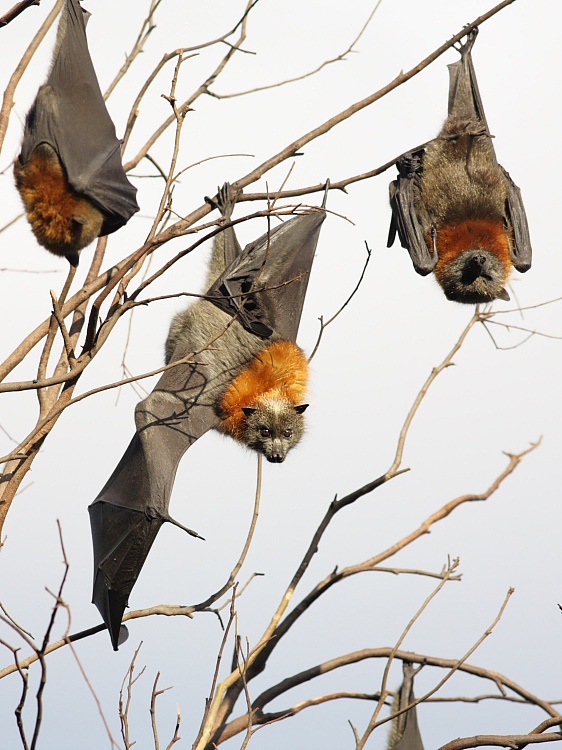 “The bats eat and sleep. When they eat, they feed all across Melbourne. They sleep in one location and then they fly some 20, 30 or 40 kilometres and back again. When they roost, their claws latch onto the branches and it can break them,” he said.

“When it’s cold, they hang on the fine tips of the branches. Year after year they can break off those growing tips. The trees don’t survive that.

“It’s a natural thing but in a situation where you have a garden there’s nowhere else for the trees to grow and they’re restricted in that natural system. It becomes a management challenge.”

Dr van der Ree said that previous relocations attempted around the world had failed and he said it was essential that teams worked together to solve the complex problem. Around 400 people took part in the relocation of Melbourne’s bats.

The bats were moved to Yarra Bend Park because they were damaging historically significant trees at the Royal Botanic Gardens.

“The site had to be suitable for bats and appropriate from a human perspective. It had to be somewhere where the bats could roost so there had to be trees, water and plenty of food. It needed to be centrally located,” he said.

“We wouldn’t put a camp next to a school or hospital or close to peoples’ houses. Yarra Bend was far enough from most houses and on state owned land. We looked at about 7000 parts of Melbourne and then knocked each of them out, especially if it was a really small patch.”

He said that the planners had decided to leave the bats at Yarra Bend Park, instead of Horseshoe Bend, which is around three to four kilometres upstream as had been planned originally, because it was “just as good”.

The bats were exposed to “crash and bang sounds” repeatedly, which included explosions and chainsaw noises, in a bid to coax them out of the Royal Botanic Gardens. The sounds were played through a loudspeaker sitting atop a golf buggy. According to Dr van der Ree, the early morning starts for more than six months were difficult but satisfying.

“We were working till after dark. It took a lot of logistics and manpower. Once they were out of the gardens, they ended up on the Yarra River in Richmond.

“Once we got them in a place that was heading in the right direction, we then took a softer approach. We gently nudged them down the river,” he said.

“We got in there with a couple of sticks and branches and the bats were quite sensitive to us being there. They almost saw us coming and did what they were told. They were accustomed to three to four months of noise disturbance. Then we gently nudged them up the river and into Yarra Bend Park.”

Dr van der Ree said that while Melbourne’s bat population was stable the rest of Victoria was seeing an increase in their numbers as they established camps in other areas. In Gippsland there are an estimated 60,000 bats and in Geelong around 20,000. They are also found in Bendigo (5000) and Doveton (4000).

He said that 100 or so bats visited the Royal Botanic Gardens last summer for a few weeks. However, the workers at the gardens played explosive sounds at low levels to scare them off to Yarra Bend Park.

“When they’re flying south from New South Wales, they want to join up with their friends. They’d rather go to Yarra Bend Park than start a new colony again. They’re happy when they can get places to roost,” he said. 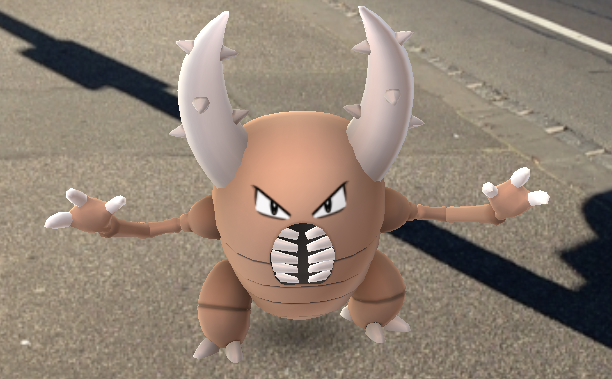 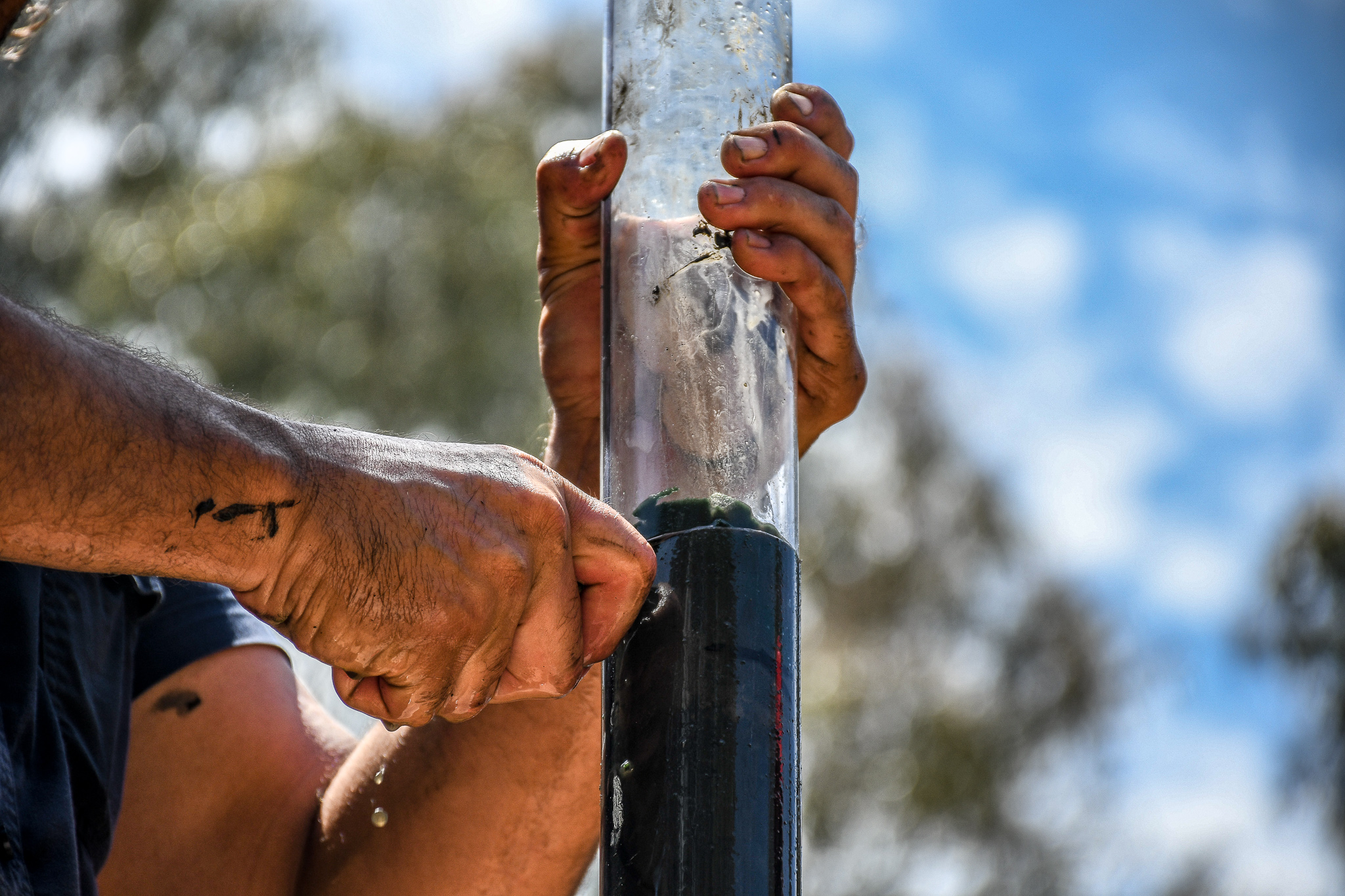 Ready for liftoff, and a future in Australia’s fired-up space program