The findings of the bushfires royal commission, due tomorrow, will powerfully shape responses to increasingly frequent and furious firestorms. Experts are hoping that enlisting better data will be a priority. The Citizen investigates. 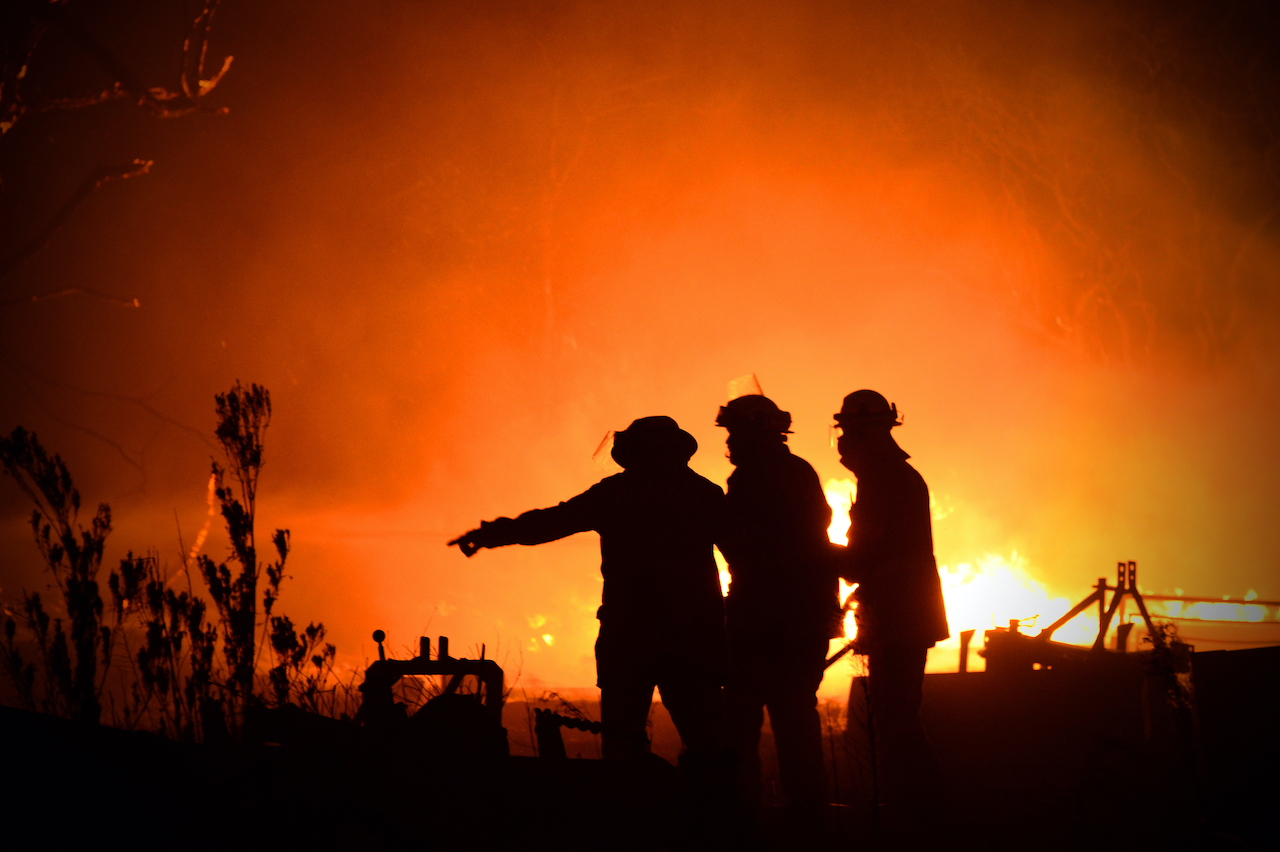 Firefighters are facing hotter, dryer conditions, which affects the way they operate during emergencies, says Jim Casey, a senior firefighter at Balmain Fire Station near Sydney. “For us, this is actually an occupational health and safety question, our workplace is getting less and less safe." Image: Shutterstock

On January 4, as the devastating 2019/2020 Black Summer bushfires continued to rage, Jenny Robb was preparing to evacuate from her property in Kiah, just north of the Victorian border.

Checking her NSW Fires Near Me app, she found it advised that the bushfires stopped at the border. In reality, the fires were blazing well across the state lines.

In her video testimony earlier this year at the Royal Commission into National Natural Disaster Arrangements, Ms Robb told of her frustration in that critical moment at the disconnect between the data available to her and unfolding reality around her property on the border.

“There was the Fires Near Me app, but it wasn’t as updated as the Victorian app. Being close to the border, it was frustrating to see that on both apps the fire looked like it had a hard edge across the border.”

“We knew it was coming … but we really didn’t know where from.”

The final recommendations of the national-led investigation are due to be released tomorrow, Friday 30 October, roughly four months after the Black Summer fire season, unprecedented in recorded history, began in 2019. Experts hope that the issue of inconsistent data across the states and territories may finally be addressed. “Bushfires don’t respect borders. We can’t just wait for the states to do their own thing when fires are blazing right across the country”, says Former Victorian Emergency Services Commissioner Craig Lapsley. Image: Shutterstock

Jenny Robbs’ experience was one she had in common with many of the thousands of Victorian residents stranded in NSW during black summer, says Leanne Barnes, general manager of Bega Valley Shire.

“We had 70 to 80,000 people that we had to evacuate out of Bega Valley, and many were from Victoria. They weren’t going to have both apps on their phones, probably only one, so the information they were getting was fractured,” says Ms Barnes.

During the Black Summer bushfires, Victoria and NSW ran their own emergency alert apps – VicEmergency and Fires Near Me respectively. For people like Ms Robb, living on the border, this posed a real problem: the information from one app did not match up with the other.

Craig Lapsley, the former Victorian Emergency Services Commissioner, shared with reporters from The Citizen maps of the same location captured one day in early January, only two minutes apart, from the two different apps (see below, right), The first screenshot indicated that the fires in NSW stopped at the border, while the second screenshot highlighted the extremely close and impending bushfire just across the Victorian side of the state boundary.

Unlike the fires themselves, the data did not cross the border.

There is no common standard for how bushfire data should be organised, says Tarron Newman, an ex-volunteer firefighter and app developer.

“There is no common picture across Australia, and that’s why the apps have failed.”

The royal commission’s interim report, published on August 31, flagged the inconsistent use of five warning languages across Australia’s states and territories.

The report said the information is “not comparable between jurisdictions”, and consequently, there are “gaps in efficiencies in data collecting, sharing, and the use of data in products and services”.

Mr Newman is developing his own national app, called “Open Alert”. He says it will apply a common data language across each state and territory, and also allow for “sensory input” from users.

“During a fire, you need an app where people can say ‘I smelt smoke’, ‘I heard fire engines’, and spread that information to alert people nearby.

“Right now, the government is using a legacy system that just pushes information out rather than taking information in.”

Despite presenting this technology to the Royal Commission, no government agency has approached Mr Newman or any others developing similar apps.

“The government hasn’t realised we’re living in an internet age, so we need to get the same information out to people who are not just managing the fires, but who are also in the midst of the fires as well,” says Mr Newman.

The fractured state of emergency communication points to deeper flaws in how the federation acts during disasters, says Mr Newman.

Up until now, the states and territories took on separate responsibilities for emergency management. Based on the large-scale destruction from last year’s black summer, the Royal Commission’s Interim report suggested creating a federal disaster management response, the National Cabinet created in March 2020 as a response to the COVID-19 crisis and extending its  responsibilities to bushfire disaster.

So far, no federal agency has been created to nationally coordinate emergency management.

Mr Lapsley told The Citizen he hopes for a restructure of the Victorian State Emergency Service to bring in a more unified national response to disaster.

“Bushfires don’t respect borders. We can’t just wait for the states to do their own thing when fires are blazing right across the country.”

In May this year, the Minister for Agriculture, Drought, and Emergency Management, David Littleproud, responded to a petition from civilians asking the Federal Government to “innovate” the existing emergency management system.

He said the Royal Commission would “consider the majority of matters raised in the petition”.

Meanwhile, the Emergency Leaders for Climate Action (ELCA), comprising major fire chiefs and climate experts, has ramped up pressure on the federal government to acknowledge the link between global warming and the “unprecedented intensity and scale” of last summer’s bushfires.

At the ELCA’s conference in July, summit leaders concluded that any national action should factor in climate change. The conference produced an Australian Bushfire and Climate Plan.

To date, Emergency Management Australia, which is a subdivision of the Department of Home Affairs, has not spoken with ELCA and  few  ews outlets have reported on the climate plan’s existence. Jo Dodds, director of Bushfires for Climate Action, says the decision to ignore the ELCA is “alarming”.

“This sends a message that even the experts are not being listened to, nor are the people being impacted, like the bushfire survivors themselves.”

The royal commission’s interim report itself expressed concern over its late publication date, stating, “it is difficult to determine the implementation status for many recommendations. We observe that many initiatives have not yet been adequately implemented and we question why this is so.”

Recognising this, some states across Australia launched competing inquiries. Queensland published a bushfire review report in February, and NSW and South Australia both conducted similar reviews a few months later.

NSW Minister for Energy and the Environment, Matthew Kean, told The Citizen “NSW wanted to have control over the terms of reference” of their own inquiry, as they were concerned that the Royal Commission would “exclude some important things like climate change”.

“For us, this is actually an occupational health and safety question, our workplace is getting less and less safe,” he says.

“The way we fix that isn’t by doing anything in the workplace specifically, it’s about changing the root causes of this event.”

Mr Casey believes that there is a unified, national approach to emergency management, which needs to include a near-impossible consensus around climate change, there is eventually going to be a “repeat of 2019”. Mothers and babies at a health clinic in Port Moresby. Photo: Jo Chandler