Pharmacy staff have been bullied while working on the frontline of Australia’s pandemic response. Sisters Zena and Marina want you to know it hurts.  Andreas Nicola continues our special series Clayton 3168: Lockdown on the strip. 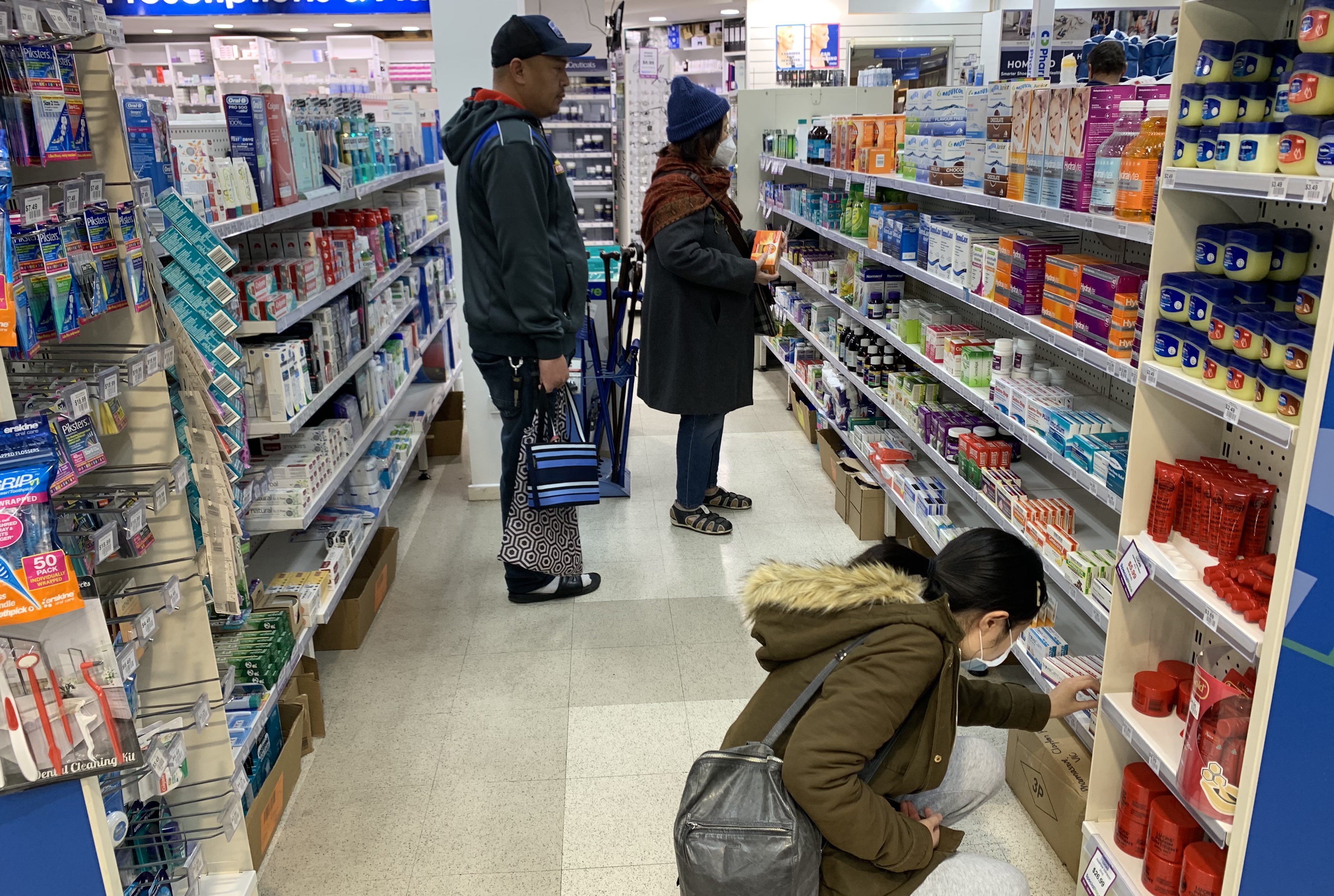 Pharmacy worker, Zena, says many customers have been supportive, but she hopes there won't be a return of the panic buying and aggression all too common in the early days of the pandemic. Photo: Andreas Nicola.

Zena walked through her front door and straight to her bedroom, not wanting to talk to anyone. Tears ran down her face.

An aspiring beauty therapist, the 22-year old works part-time at a Clayton pharmacy. She has been shocked by the changes she has seen in some of her customers since the March declaration of the COVID-19 pandemic, and the subsequent government lockdown.

Unlike many other businesses, pharmacies have stayed open throughout the pandemic crisis, though with strict social distancing and other restrictions, and limits on some popular items and medications. It is these limits, in an environment of heightened public fear and uncertainty, that have created ongoing problems for frontline staff such as Zena (who prefers only to use her first name for this article).

Zena recalls the incident that left her so upset she came home crying. A customer had wanted to buy four tins of baby formula, despite there being a limit of one per person.  When Zena explained the rule, the customer started yelling at her. Zena ended up running into a room at the back of the pharmacy. In the end, the pharmacist had to intervene.

“In that moment I wanted to quit,” says Zena.

She says incidents like this have been the new normal since early March.

Zena’s family and co-workers are not alone. In mid-May, an article on the Australian Journal of Pharmacy website noted that “[a]ggression towards pharmacists has emerged as a significant problem during the COVID-19 pandemic,” and cited advice from Victoria Police on the best ways for pharmacy staff to stay safe and diffuse conflict.

In the early days of the pandemic, calls to the Pharmacists’ Support Service increased nearly threefold, with complaints about intimidating behaviour increasing from 3 to 10 per cent of calls.

Pitchner Pharmacy Services consultant Bruce Annabel told The Citizen that attacks on pharmacists during the demand spike had been triggered by shortages of items including hand sanitiser, masks and vitamins.

At the pharmacy where Zena and her family work, panic buying came in waves. The sisters say people were hoarding baby formula, asthma medications and face masks; and that customers who were unable to buy masks became abusive towards staff who were wearing them. Demand for products like hand sanitiser made some customers aggressive in the early days of the pandemic. Photo: Andreas Nicola.

The sisters are very different. Where Zena is forthright, with a voice you can hear from the street, Marina (a child-care worker who works at the pharmacy part time) is usually the quiet one.  But her patience has been tested by shoppers who disregard the one item rule.  She has caught the same shoppers returning to the shop in different outfits trying to buy a product they bought an hour before.

“I am usually very patient,” she says, “but I have gotten to the point where I can’t be any more. I have the same thing happen day by day.”

The sisters and their mother wear masks every day, adhere to social distancing rules and sanitise regularly. While the situation is better than early in the pandemic, they say that problems persist and that they are mentally exhausted.

Zena says she still feels unsafe at work when people don’t keep their distance. “When someone comes closer to me, it makes me feel really uncomfortable.”

Now that panic buying has eased, pharmacy workers face a new challenge, with some businesses cutting staff to stay afloat. Zena says her sisters and mother have all had their hours cut, losing about a third of their shifts.

“Last Thursday I went to work, and got sent home because it wasn’t busy,” said Zena.

Their concern is all the greater because they rely on the same source of income.

Bruce Annabel says some pharmacies may struggle in the future if they don’t adapt. “The economic fallout will be incredible, particularly after job keeper support payments go. That’s when pharmacies will struggle.” Zena’s stepsister, Marina, says talking with her family after a tough day at work has been a silver lining. “It really helps with my mental health.” Photo: supplied.

The family are trying to stay positive. Zena says some customers have been supportive, particularly if they see she is in a difficult situation. “A cute customer came and defended me – it really showed me that there are some nice customers who understand the effort you put in.”

And there has been another unexpected gift.

Before the pandemic, Zena and Marina say they were not particularly close. When Marina started working at the pharmacy two years ago, it was Zena who trained her. But as stepsisters, there was a lot they still didn’t know about each other.

These days, the family have many of their shifts together.

If something upsetting happens at work, they come home and talk about it together. “It really helps with my mental health,” says Marina.

Zena says that knowing she has family close at the pharmacy has helped her feel more relaxed throughout this time. “The pharmacy has brought us together and the pandemic has made our relationship stronger. When a customer is a bit harsh at work, Marina helps me out,” she says.

They have even started to socialise together outside of work.

“We have many things in common… we eat, drink, listen to music and just have fun,” says Marina.

The sisters say they have never felt closer.