What’s it all about? Buffy Gorrilla pokes a toe into the pond of augmented reality to understand a global tech phenomenon.

I caught a Squirtle; it’s treatable and from what I can glean, elusive. It is not a skin disorder or a sexually transmitted disease, but a water friendly creature that resembles a blue turtle. Squirtle is one of the 151 different Pokémon available for capture in Pokémon GO. I would like to think I am as far from a gamer as possible. The last time I played a video game was on the original Nintendo. The console was a gift from my cousin, Antone, before he headed to ski jump school in Austria. The game was Duck Hunt and the premise was simple: shoot flying ducks out of the sky. It was easy, but it was not enough to get me hooked on gaming.

To me, gaming was a waste of time. I was going to accomplish more: I was going to read a full encyclopedia volume (‘Q’, the slimmest); maybe finish a season of Gilmore Girls; fall down the rabbit hole of You Tube videos of Carpool Karaoke or watch Joseph Gordon Levitt crush Jimmy Fallon in a lip sync battle — you know, real accomplishments.

But I decided to board the Poketrain. I wanted the fun and excitement of augmented reality; it’s like reality, only augmented, and how could that be bad? Plus, Pokémon Go has taken over the phones and lives of 21 million daily active users, according to Survey Monkey, with new countries soon to benefit from the free-to-download app.

It’s so easy to download even a Weedle could do it. I gave three hours to being an active user. Maybe not enough to understand every nuance of the game, no time for grooming my Pokémon, or battling for control of a Pokegym, but enough to capture some creatures, see what the hype was and have a little fun.

Armed with my phone, outside, in the sunshine, I immediately met two pre-schoolers who gave me the lowdown on some of the rules: “You go to the Pokestop, you press on them and balls and eggs pop up.”

Thanks kids, I get it. I am ready. These youngsters had already captured 40 Pokémon, so to me, they are seasoned pros. I had only captured a Bulbasaur, which was in my living room when I registered, and a Poliwag which I ran into while running. I am not sure how I caught that one.

You can spot a Pokémon Go player from at least two Pokestops away, their pale skin glows as they step away from their gaming consuls behind blackout curtains and into the sunlight. They also have their faces buried in their phones, a potential hazard, but they are easy to approach and eager to share their Pokewisdom.

“I went to the city yesterday and caught so many,” one player, who had captured 80 Pokémon, told me. “You should go to the city.”

At a Pokestop, I crossed paths with a husband and wife team of Pokehunters. She had been playing for one week and had collected 250 Pokémon (some were duplicates); this from only 30 minutes a day. She and two colleagues, fellow Poke enthusiasts, were “in the minority” of people playing in her office.

Her husband is a teacher. In the eyes of his Year 7 students, his cool-factor had increased by an immeasurable amount. One can imagine them comparing Pokedexes and current levels of achievement. (Achieving a certain level will get you free pizza at some Pizza Huts.)

These two week-long veterans could see right through my beginner’s veneer, telling me I was not advanced enough to capture the nearby character they were chasing. They were right. I left the Pokestop, Pokeless.

To the Pokejoy of parents the world over, there is now a monetary value to outdoor activity and, thanks to creator Niantic, it’s pretty cheap. I met a young gamer armed with his father’s phone who said his dad had given him a dollar to buy a lure, which increases the chances of more Pokémon appearing near you.  “I spend an hour a day walking around the block a couple of times,” the boy told me.  You can almost picture his father, beer in hand, sly grin on his face. This game could be the inadvertent answer to the global obesity epidemic. You have to leave your well-worn sofa and battle Pokémon IRL. It’s not an aerobic activity, but for those who lead a sedentary lifestyle you get the benefits of the outdoors – vitamin D and all that fresh air.

The mother of my two preschooler Poketeachers said it is a breeze getting her children out of the house now, enticing them with a “let’s go hunt Pokémon!”

By the end of my Poketime, I had covered roughly 4kms, adding 11 Pokémon to my Pokedex. My battery was about to die, the perfect excuse to stop playing this addictive game, which is like fishing: you can’t help the excitement when you catch something.

Which explains why you see people on street corners punching the air after catching a particularly-hard-to-catch Pokémon. You want to keep going, trying to catch them all, except there are 151 Pokémon to capture. That could take forever and I have to get back to Gilmore Girls. 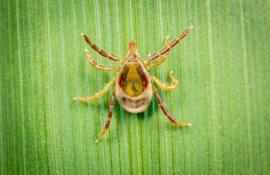