From ‘gay plague’ to global mission: the reporting of AIDS If Channel 4 News correspondent Victoria MacDonald had to tweet a summary of her coverage of the AIDS story over the past 33 years, she says it would read something like: Gay plague, ART, Africa dying, Cure?, anti-gay laws

Richard Ingham, of Agence France-Presse, offers a more detailed description of an evolving story that has moved through multiple reporting phases. The story began in 1981 as a scientific curiosity of a new virus that soon evolved into depictions of a “gay plague”. But later, as it became clear that more and more heterosexuals were being infected, the reporting was driven by fear. “During this first phase you saw the fear factor was translated into all sorts of things, [such as] the question of stigma,” Ingham reflected this week at AIDS2014. “AIDS was a moral question as well. It affected religion and social morays. It caused a reassessment of how we looked at each other as people.”

AIDS was a huge story, often on the front page of newspapers, with celebrities such as Rock Hudson and Earvin ‘Magic’ Johnson featuring prominently early.

A science strand to the reporting of AIDS started in earnest in 1983 with the discovery of the virus. During this time, a social strand of reporting questioned sexuality and taboos and involved religious beliefs as well, while an angry movement of gay activists emerged to drive the issue forward.

“That was the first phase of the AIDS pandemic and you can see how it affected us as the media and the stories which we chose – huge amounts of volume, very specific angles, lots of emotion, lots of drama,” Ingham continued.

The first antiretroviral medications appeared in the mid-1990s and this instantly affected the reporting. The AIDS story moved from one of fear, doom and anger to one of relief, noted Ingham. For reporting, AIDS and HIV became a medical story.

“How we covered the AIDS story . . . is another example of how this incredible saga has mutated and twisted and evolved over the years.

“ . . . [I]t became a story about how we took the drugs, how people experienced the change, the relief and so on. We talked about the toxic side effects, the complexity of the drug regimen.” At the same time, expensive new drugs were not available in Africa where vast numbers of people were dying, a development that northern hemisphere media failed to catch up with for several years.

For a start, the global AIDS conference was held in Durban in 2000, the first in a developing country, and activists, scientists, policy makers and grass roots campaigners were exposed finally to the continent’s human devastation.

“They saw for the very first time incredible things,” the AFP reporter continued. “Dreadful. It was a holocaust, there was no other way to describe it.”

Ingham recalled that rural health clinics were essentially set up as “dying rooms”, with no treatments available and where patients might be given just two aspirins a day for pain as they died.

Nelson Mandela had spoken at the Durban conference, helping to inspire great change — the creation of the Global Fund, the Clinton Foundation, the Bill and Melinda Gates Foundation followed. From this time, intensifying advocacy had forced a fall in the price of drugs, with treatment beginning to flow into Africa.

Ingham, who is AFP’s international co-ordinator of science, health and environment coverage, said from 2000 there had been a build-up of what he called a “glory period” — more lives have been saved and antiretroviral drugs distributed and used to both treat and prevent infection.

“There is awareness that AIDS has gone beyond just a medical issue . . . It is a very diverse story with lots of unexplored issues in there.” — Richard Ingham

“They’ve turned out to be astonishing medications. These drugs are as great as aspirin or anti-cholesterol or antibiotics. [They are] amongst the miracle drugs in the history of medicine.”

Richard Ingham thinks the manner in which the deaths of the AIDS researchers and campaigners aboard doomed flight MH17 were seized upon by the media, reflected how the AIDS movement has become a global icon.

“There is awareness that AIDS has gone beyond just a medical issue . . . It is a very diverse story with lots of unexplored issues in there.”

Live local television coverage of the opening ceremony of the conference added weight to that observation, suggesting the issue is firmly planted as a global symbol of health and community.

Channel 4’s Victoria MacDonald further noted emerging stories about HIV and AIDS that she has recently investigated. In Russia, she met a vigilante group that locks up drug users in tiny rooms to force them off drugs, an act that is unofficially sanctioned by the Russian Government. She nominates the growth in anti-gay laws as another issue. Anti-gay legislation now exists in more than 70 countries, where it is driving people underground. She said clinics have been raided, with health workers losing track of some of their patients.

Meanwhile, the science take on the AIDS story is currently full of optimism. Even the famed Mississippi baby story, which might sound like failure, is a case providing scientists with a great deal of knowledge that should advance research. MacDonald believes that the media have an important role to play on public health issues.

“I think public health and media go hand in hand,” she noted this week in Melbourne. “We have a responsibility, as well as the public health programs, to work together because this is a disease that has been both harmed and helped by the media . . . 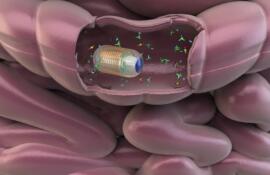