There’s a whiff of Dame Edna about Mrs Ticklebottom. And she may well also deserve a damehood for her services to the environment. Meet her in our continuing series, ‘The Creeks of Melbourne’. For the full multi-media package, click here.

Heard of Mrs Ticklebottom?
​
If not, then you are likely not a parent or child in Melbourne’s western suburbs, where she’s famous(ish).

Mrs Ticklebottom is a comedic character dreamed up by daughter-mother duo – comedian Jessica Gerger and Beverly Blankenship, who has a long career as a director of opera.
​
After working on projects together for the past two decades, they created a theatrical character that melds the bizarre and the wacky to help tackle what can be a hard-work topic: pollution.

Gerger has taken the 30-minute show to primary schools around the Kororoit Creek and the City of Brimbank in performances that have been celebrated by audiences as comedy gold. Her mission is to educate schools and families about the environmental impact of plastic. Comedic conservation is her schtick.

“Not only does it entertain the audience with humour and clever characters, but it makes you walk away at the end of the show wanting to take action for such an important environmental issue,” Artavilla writes.

Mass media often links environmental sustainability with heavy-duty topics such as politics and economics, as Gesa Luedecke and Maxwell Boykoff  observed in The International Encyclopedia of Geography in 2017. Discussion is dominated by experts voices, they say.

In creating Mrs Ticklebottom, Jessica Gerger aimed to break through that constraint, communicating her message in a way that anyone could understand and relate to. It doesn’t replace the academic or scientific discussion, but augments it.

“Comedy is something everyone can relate to,” she says, “because people all love to laugh.” Jessica Gerger, co-creator of Mrs Ticklebottom: “Comedy is something everyone can relate to, because people all love to laugh.”

When she was at school, Gerger couldn’t remember facts and figures very well. But she always remembered the performers she’d seen. She loved the props they’d bring: things that kids can try on and use to act out a little scene, and something they can touch. She never forgot the funny performers.

That’s why she thinks comedy is a good way to pass on a message about the environment to younger generations. It’s simple. Amusing. Unforgettable.

And, it’s working. So effective is her message that Melbourne Water now sponsors her performances. “Jessica has added her creativity and human warmness to dry practical contributions,” comments Gerard Morel, the organisation’s river health officer.
​
The show relays her message through the eyes of animals. Frogs swim in chemical-contaminated waterways. Pigeons and seabirds are muffled by the plastics. Whales are sick from an oil-spilled marine environment.

It’s this storytelling from the perspective of wildlife that has really made an impression on young minds. Gerger and Morel agree that most children adore animals; they don’t want to see them suffer. For this reason Gerger tries to ensure that the show is not too upsetting for her audience. Fortunately, the comedic element can easily uplift the tone.

This is where comedy’s magic and its message works because it is fun and kids remember it.

Primary schools playgrounds are cleaner after Mrs Ticklebottom has been there. She has spread her message through performance across 12 primary schools, and some of these students have accompanied the members of Friends of Kororoit Creek (FOKC) to help replant barren ground. She tells the kids how everything is connected. When you drop litter near the creek it contributes to pollution in the ocean.

Mrs Ticklebottom’s message has really started to sink in.

It’s the parts of Kororoit Creek that are luscious, green, and peaceful, that Gerger’s spirit belongs. The soft and ever-present chirr of insects is a humble reminder that the creek is a microhabitat for her beloved wildlife and native reptiles.

But many stretches of the creek suffer landscape disturbed by neglect, contaminated waterways, and litter and there is mounting pressure on residents and factories to repair the damage. In 2015, residents of Altona North were advised to avoid contact with the water after a chemical spill in Kororoit Creek. The Herald Sun reported that an Environment Protection Authority (EPA) alert described reports of a milky white discolouration. (The EPA rates the water quality here.)

Increasing damage and pollution has made Gerger worry about the future environment, especially for her eight-year-old daughter.

“Will there be enough trees and clean water for all our children?” Gerger is really concerned.

In order to prevent further damage, Gerger and the FOKC members have replanted the creek banks with native wild flowers and grasses. They also organise litter-removal groups of volunteers and anti-litter campaigns. More artistic activities, such as poetry competitions and photography exhibitions, have also raised the public’s awareness of environmental protection.

Gerger and the volunteers from FOKC have also recently attended workshops about getting more protection for the rivers in Melbourne’s west. The Yarra River Protection Act 2017 has encouraged residents, council bodies and local government parties to generate and participate more environmental protection movements.
​
The act combines the knowledge of the traditional owner with modern river management expertise, and treats the Yarra River, and its tributaries, as one integrated natural living natural to be protected. Gerger also points out the significance of the “big parties”, such as Melbourne Water, for further sustainability plans and ongoing work.

Environmental protection is a multi-pronged approach, she says. It’s the collective message from shows for kids, government back-up, and concerned residents and volunteer groups that works. She believes in enforcing the environment protection with many varied tactics.

Melbourne Water now sponsors Gerger’s show and she said the government authority was generous in allowing her creative control. In particular, the teamwork by Gerger and Morel has made further environmental protection strategies more achievable.
​
“We have all kinds of plans [we’re working on], but there is much more work needed to be done,” Morel says. “It’s a life-long project”.

Melbourne Water recently launched the Health Waterway Strategy, a five-year project to improve the creek. Included in the strategy are activities for protecting the natural habitat for wildlife and native animals and increasing the quality to encourage native vegetation.

“There are lots of grassroots things that have been done,” Gerger says. “More is needed from government, industry and businesses in order to raise more public awareness on creeks protection.”

For the full multi-media version of this story, click here. 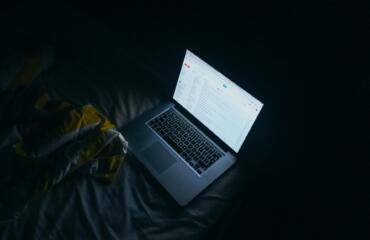 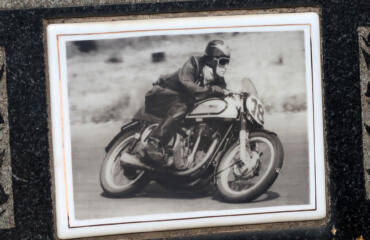