A company helping to provide cheap rental housing for low income earners, and headed by a former president of Family First in Victoria, Ashley Fenn, has had its charity status revoked following an investigation into its activities by the regulator.

Ethan Affordable Housing Limited, which administers government subsidies for more than 1500 affordable rental houses around Australia, had its charity status revoked by the Australian Charities and Not for Profits Commission  on July 25, backdated to July 1, 2013. 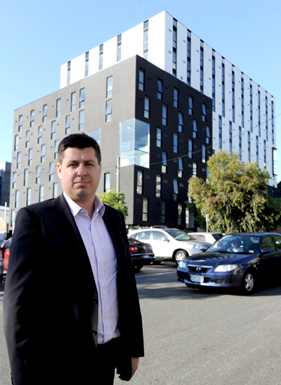 Due to secrecy provisions in its legislation, the commission would not provide details of its investigation into the group.

A spokesperson told The Citizen: “Ethan Affordable Housing Limited’s revocation of charity status was the result of an ACNC investigation that assessed their eligibility for registration and compliance with the ACNC Governance Standards.”

In a statement to The Citizen, Mr Fenn – a property developer and aspiring car maker, and the key financial backer of Family First’s Victorian branch between 2012 and 2015 — said that after meeting with representatives of the commission, he wrote to them requesting that the organisation’s charity status be revoked. He provided a copy of an email dated June 3,  confirming his request.

As a registered charity, Ethan Affordable Housing was endorsed for GST, income tax and fringe benefits tax concessions by the Australian Tax Office. These concessions have been removed, backdated to July 2013. However, Mr Fenn said the company had never claimed any tax concessions or received any donations or benefit from having the charity status.

Despite Mr Fenn’s June request, the charity commission’s spokesperson told The Citizen that the revocation was not voluntary.

“The ACNC revoked the charity status of Ethan Affordable Housing Limited following a compliance investigation into their activities and operations,” the spokesperson said.

In a statement to The Citizen, Mr Fenn . . . said that after meeting with representatives of the commission, he wrote to them requesting that the organisation’s charity status be revoked.

At the time of revocation, Ethan Affordable Housing was 18 months behind in its reporting responsibilities to the commission, and had missed two annual reporting deadlines, making it a “double defaulter” under commission rules.

Thousands of charities have had their registration revoked because of double defaulter status, but only 25 have been revoked following a compliance investigation, as was the case with Ethan Affordable Housing.

Ethan Affordable Housing is one of the biggest recipients of entitlements under the Commonwealth Government’s National Rental Affordability Scheme (NRAS), and claims to have facilitated the development of $1 billion in affordable housing.

The scheme, which was initiated by the Rudd Government, pays annual incentives, currently $11,048 per residence, to organisations that rent out properties to low and middle income earners for at least 20 per cent below market rates. The scheme is administered by the Department of Social Services in partnership with the states.

Initially, the scheme was meant to provide 50,000 new affordable rental properties by mid-2014, but it was changed several times after failing to meet its  targets and because of ongoing administrative issues. The target was revised down to 38,000 homes and extended to June 30, this year. However, by March 30 only 30,269 properties were rented or available for rent.

While operating as a charity, Ethan Affordable Housing appointed a private real estate company owned by Mr Fenn to let many of the properties for which it owned incentives. This private company, Ethan Residential Pty Ltd, also received referral fees from other real estate agencies managing rental properties for the charity.

Mr Fenn is currently the sole director of Ethan Affordable Housing, but prior to the charity’s revocation it had three directors, including Mr Fenn’s brother, Brendan Fenn, who joined the board at the end of 2012. Both men were until recently heavily involved with the Victorian branch of Family First.

Mr Ashley Fenn ran unsuccessfully as a Family First candidate in the state by-election for the seat of Melbourne in 2012 and for a place in the Senate in the 2013 federal election, where he was widely tipped to win Victoria’s last Senate spot, but lost out to  Ricky Muir of the fledgling Australian Motoring Enthusiast Party.

As disclosed in a previous Citizen investigation, many of the Family First candidates standing in the 2014 Victorian State Election were family, friends or business associates of Mr Ashley Fenn, including Mr Brendan Fenn, who just missed out on a seat in the upper house representing Northern Metropolitan, losing to Fiona Patten of the Sex Party.

Mr Ashley Fenn almost single-handedly funded the Victorian branch of Family First in recent years, giving $430,000 to the party between July 2012 and June 2014, according to annual returns submitted to the Australian Electoral Commission. He quit Family First in July last year, amid reports of a rift between himself and Family First Senator Bob Day. In November, the state branch was de-registered by the Victorian Electoral Commission because it did not have the required 500 eligible members.

Ethan Affordable Housing had 1517 active entitlements under the National Rental Affordability Scheme and 553 proposed entitlements in March 2016, according to the most recent figures. Most of the active properties are in Victoria and the Northern Territory.

The organisation operates under a business model where it does not own the residences for which it earns incentives. It works with developers, 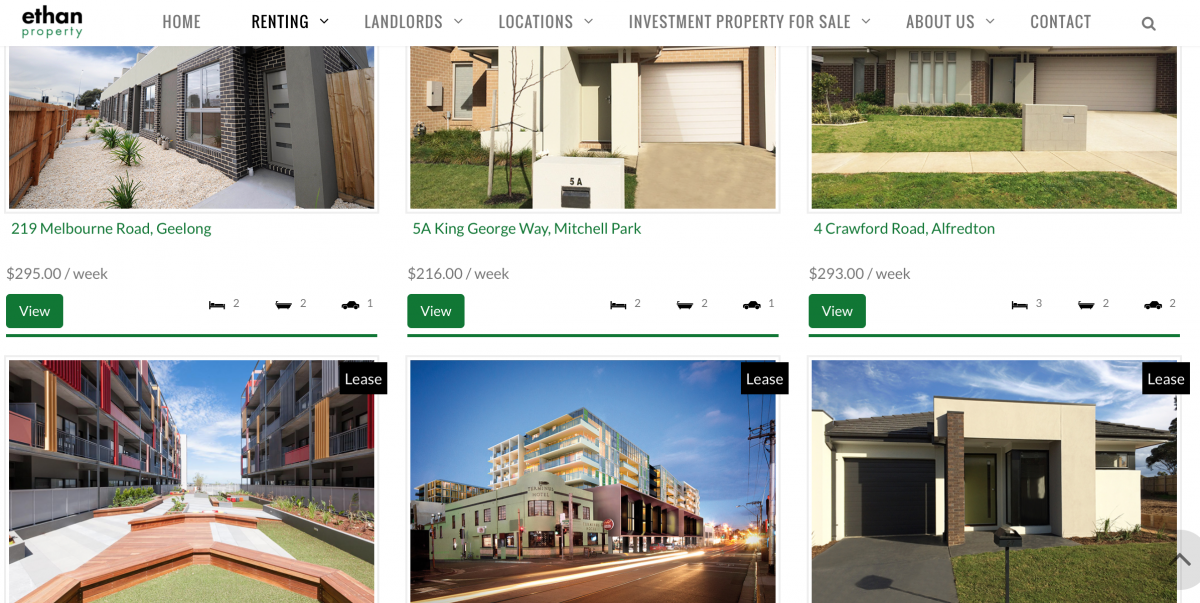 builders, investors and real estate agents to get government-approved properties built and rented.

Once a property is rented, it then collects incentive payments from the government’s National Rental Affordability Scheme before onpassing them  to property owners, minus fees, including an annual 7.5 per cent compliance fee and a valuation fee of $275 every three years.

Mr Fenn’s  private company, Ethan Residential Pty Ltd, receives income from many of the properties for which Ethan Affordable Housing owns entitlements. Both companies are registered to the same Surrey Hills address.

Before moving much of their property management to Ethan Residential (which also trades as Ethan Property), Ethan Affordable Housing used local real estate agents to manage its properties under the scheme. These included Harcourts City Residential (now Harcourts Melbourne City) in Melbourne and PRD Jens Gaunt in Ballarat.

The Citizen has a copy of a ‘Referral Agreement for NRAS’ contract requiring Harcourts City Residential to pay Ethan Residential Pty Ltd “30 per cent of the gross income received for any services provided to Ethan’s clients”.

Mr Fenn declined to be interviewed for this story but responded to a series of emailed questions over several months.

When The Citizen asked Mr Fenn why he was using his for-profit company Ethan Residential to manage rentals rather than the not-for-profit Ethan Affordable Housing, or an independent real estate agent, he replied that Ethan Affordable Housing “… found it difficult to find real estate agents to undertake the [National Rental Affordability Scheme] work properly in some geographical areas, so found it needed to find a solution in those areas”.

Another company, Flexible Furniture Solutions, owned by Ashley and Janna Fenn, advertised its furniture rental service, “starting from only $99 per week inc. GST”, on an Ethan Property NRAS tenancy application form downloaded from the Ethan Property website in September 2016.

Mr Fenn’s business interests extend beyond property, and in  2014, he  expressed an interest in purchasing Holden’s car manufacturing plant in Elizabeth, Adelaide and in building cars. He started Ethan Automotive Group in October 2015, which has since bought racing car manufacturer West Motorsport, and appointed car manufacturing veteran Matthew Newey as a director and chief operating officer.

“Any perceived conflict is managed by the company obtaining external accountants and external auditors ensuring that the company is managed and operates within the required guidelines.” — Ashley Fenn statement

The company has announced plans to build cars in Adelaide from 2018, and has been lobbying the Federal Government for financial assistance to help it design cars and build a manufacturing plant.

Mr Fenn told The Citizen: “Any perceived conflict [with the private entities] is managed by the company obtaining external accountants and external auditors ensuring that the company is managed and operates within the required guidelines.”

However, the company had not provided any audited financial statements to the charities regulator at the time its registration was revoked.

Mr Fenn told The Citizen that the reason the charity was  behind on its information and financial reporting requirements was because it had changed external accountants, who were then “required to reconstruct the previous two years’ work”.

Under the Australian Charities and Not for Profits Act, Ethan Affordable Housing has 60 days from the revocation of its status to file an objection. Mr Fenn said he did not intend to pursue this option: the enterprise was now a private company, he said, and would no longer operate as a not-for-profit.

Since its inception in 2012, the  commission has revoked the charity status of 25 groups after compliance decisions. All investigations were undertaken in secret and no specific details of the decisions have been published.

A spokesperson for the commission said that this secrecy provision may soon be reconsidered, with the Act due to be reviewed in December 2017. The spokesperson said this would “afford the opportunity to review the efficacy of the secrecy provisions and ensure the ACNC is able to meet its objective of maintaining and enhancing public trust and confidence in Australia’s charities.”

► This story was also published by Crikey.