On the beauty of bookshops in a digital age

The death of print has long been predicted; the end of bookshops, too. Indeed, a former federal Small Business Minister, Nick Sherry, once boldly suggested bookshops would be a thing of the past come, er, well, 2016. But today in Melbourne, a UNESCO City of Literature, several bookshops are surviving, even thriving, and their owners are adamant: they’re not going anywhere. Four of the city’s booksellers – newcomers and veterans alike – spoke to Emily Porrello about their love of books and how they continue to beat the odds in the digital age.

Words and pictures by Emily Porrello 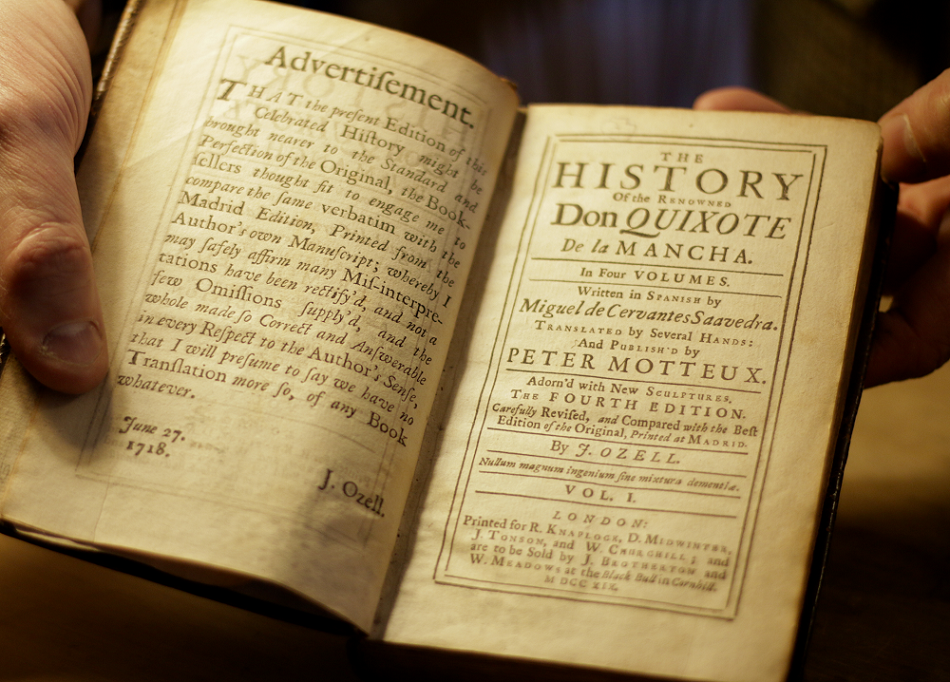 “The common thread for those [bookshops] that do survive is that [the owners] treat their bookshops as part of their lives.” — Kay Craddock. PIC: Emily Porrello 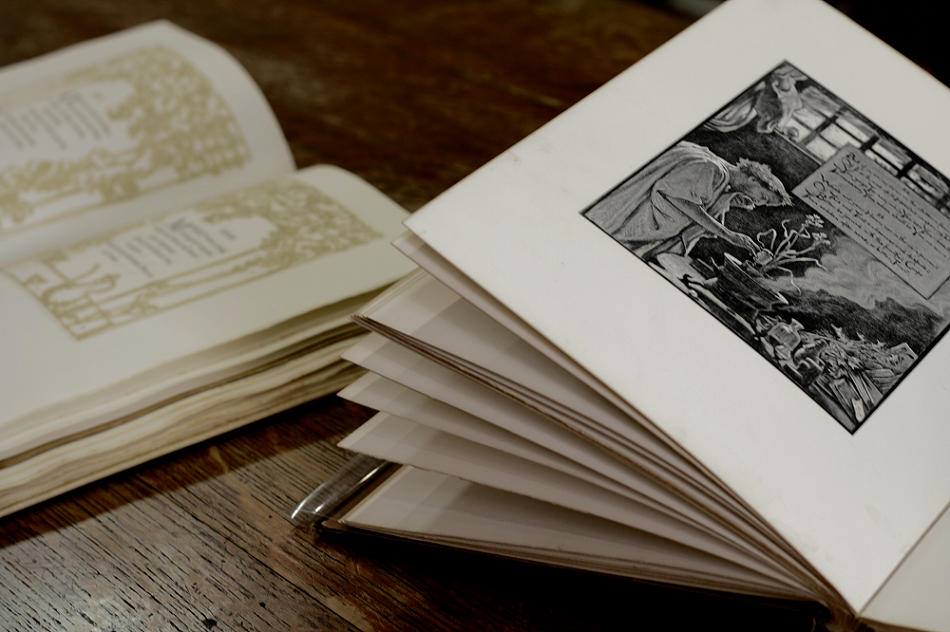 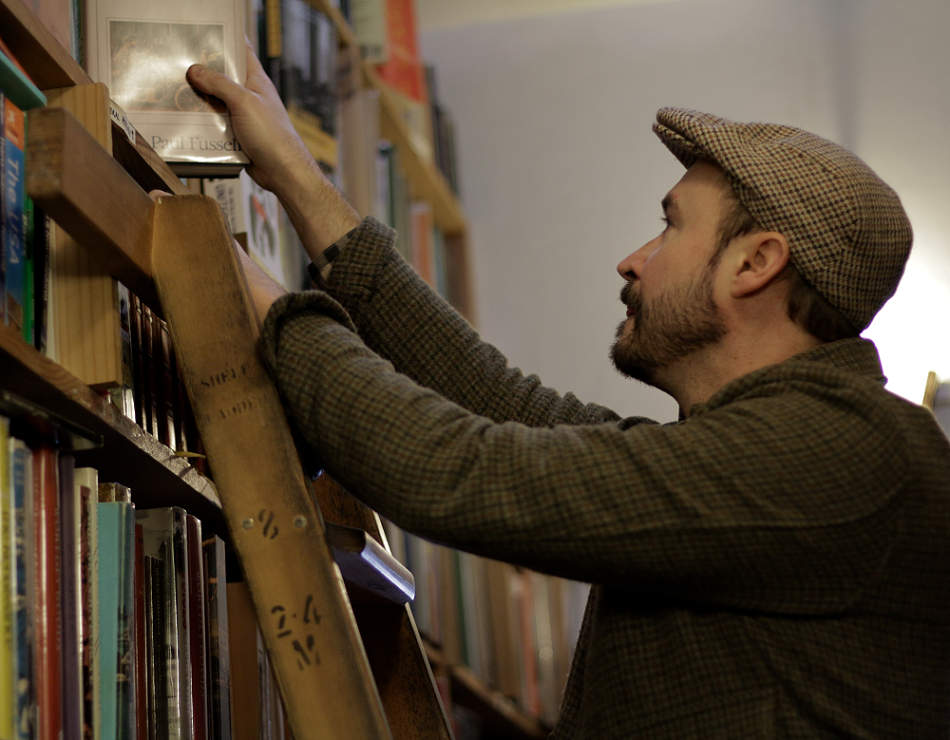 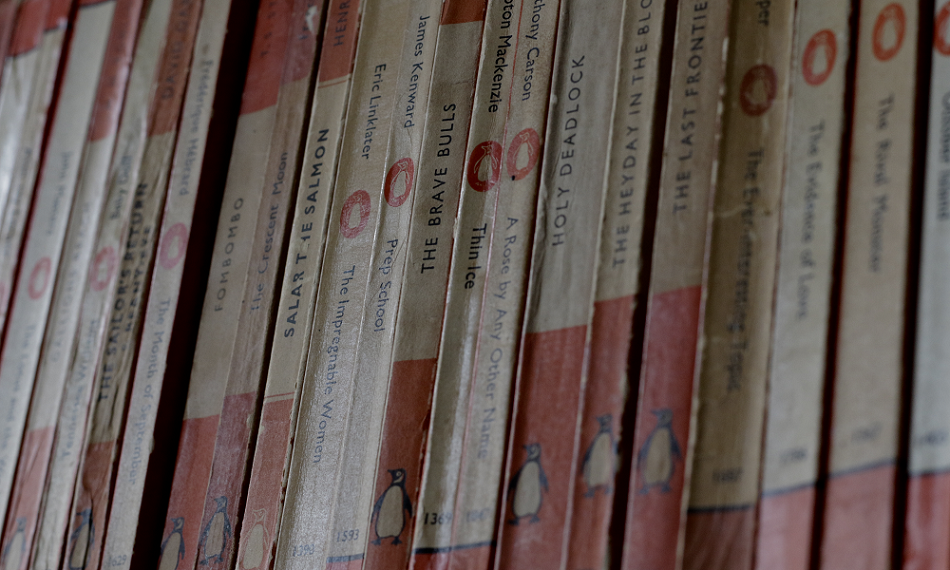 THE BOOK AS A PHYSICAL OBJECT

Benita Bunting is co-owner of Northcote-based second-hand bookstore Brown & Bunting, which she has run with partner Travis Brown since 2009. 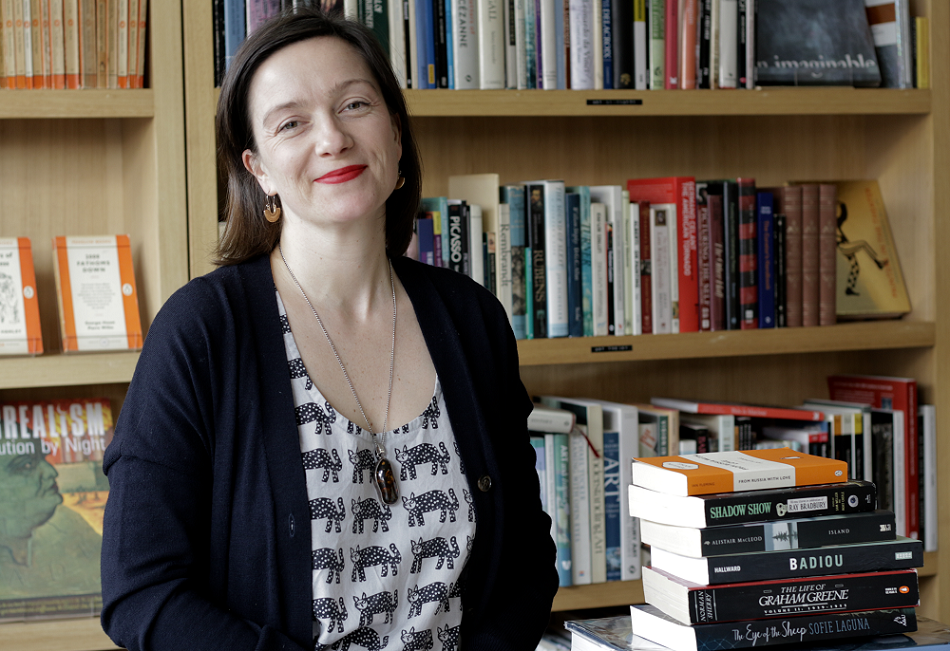 “I love going to people’s houses and seeing the journey of things they’ve read by looking at their bookshelves . . .  There’s also something really lovely about picking up a volume that has been thumbed through many times. People have learnt from it, people have been frustrated with it, it has changed their lives, or not, and it has carried on to somebody else . . .

“Sometimes I’ll open a box of books [in the store] and there will be receipts from Paris or train tickets from Germany and you just think about how this book has been around the world, come back and now it’s going off again on another little journey . . .  The Kindle [e-reader] is just not going to have a life that long because it has got its use-by-date built into it.” 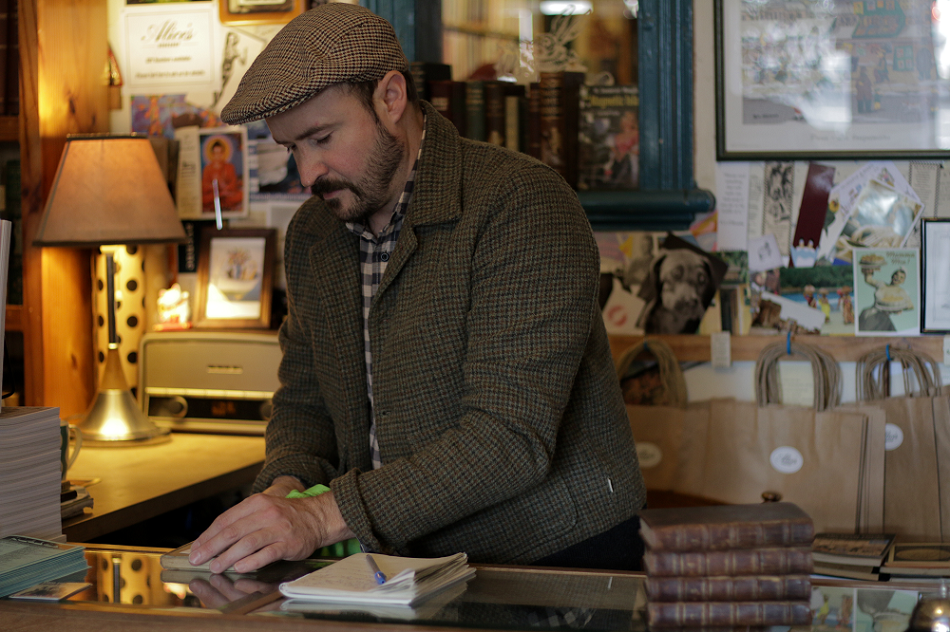 “There’s something to be said for having a physical book rather than a digital book in that you can get away from the screen. We spend so much of our lives in front of a screen . . .  I’m a bit of a collector myself, not just a seller. The hard cover book for me is just a beautiful object. It’s like vinyl [records] . . .

“At home, I’ve got books stacked in front of bookshelves up to two-thirds of the way up.”

Kay Craddock, owner of the eponymously-named antiquarian bookstore on Collins Street, started her first bookshop with her parents in 1965. 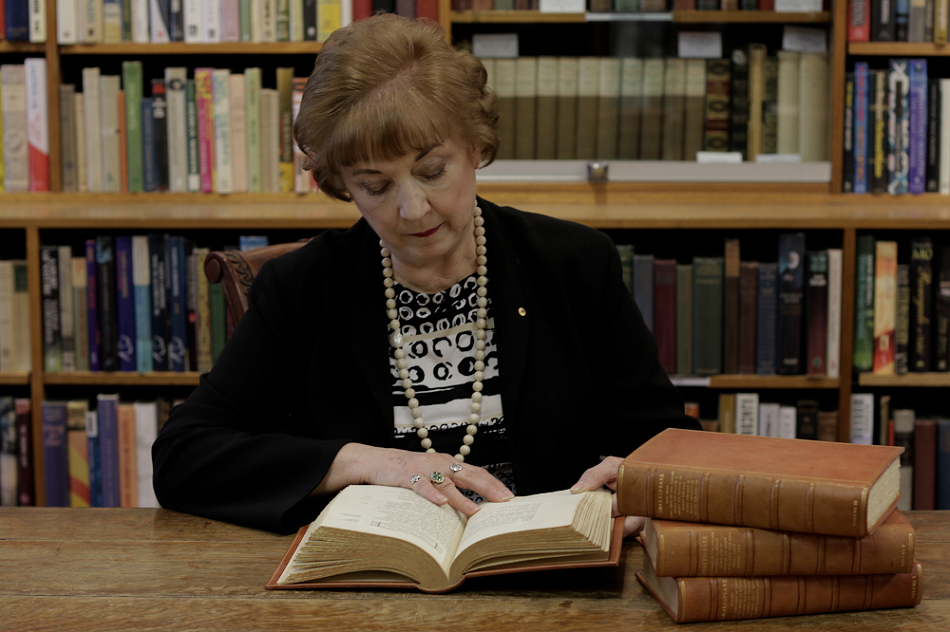 Mark Rubbo is managing director of Australia’s biggest independent book chain, Readings. He bought his first Readings store in 1976 and now has six. 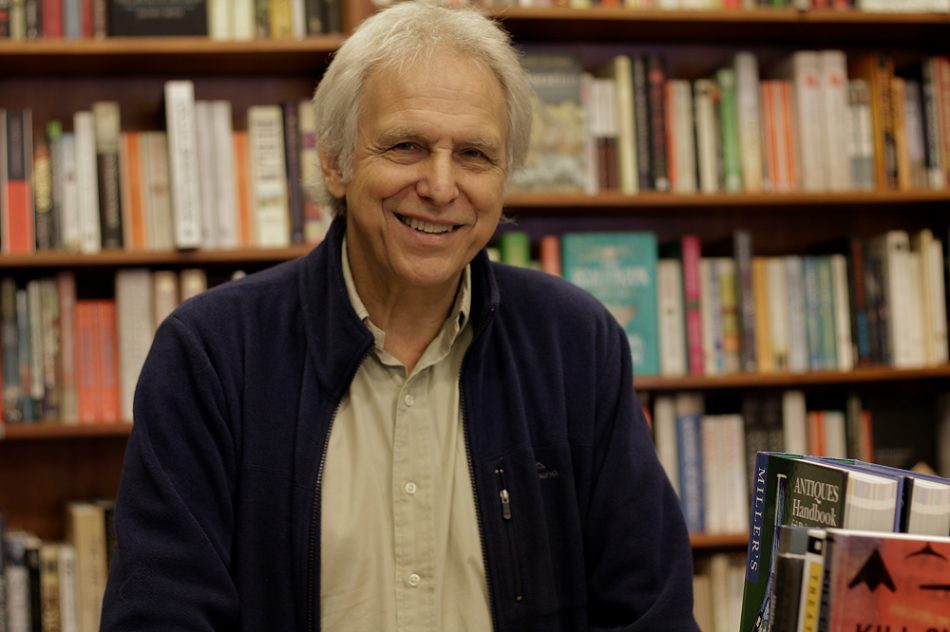 “I think people like the idea of the book, of having that tactile experience . . .  There’s a whole range of sensory things like the cover and the typesetting that give you a feeling of what it’s about. And, if you read publicly, people can see what you’re doing. It helps define you.”

THE BOOKSHOP AS A PLACE

Mark Rubbo: “It’s a place where people meet, bump into each other, make friendships . . .  People feel a sense of community . . .  I love going into bookshops whenever I’m in a new place because I’ll discover something I didn’t know.”

Luke Terbutt: “Coming in and actually having books find you rather than you searching online for them – where you have to put in the exact title or you get some algorithm that tells you that you’ll like this or that  – it’s serendipitous, which you don’t get online. It’s a different experience totally . . .  There’s a feeling and a smell. It’s definitely a sensual thing. And also a connection with a real human being.”

Benita Bunting: “You don’t know what you’re going to find . . .  You can go online and you can order everything but [people] like the story behind where they found something, how long they waited to get it and that’s all part of it . . .  We also live above our shop. I’ve got a four-and-a-half-year-old and I just love the fact that he’s got a totally skewed understanding of how many books somebody should have in their life.”

Kay Craddock: “Books give a good aura. There’s a sense of being at peace in a bookshop.” 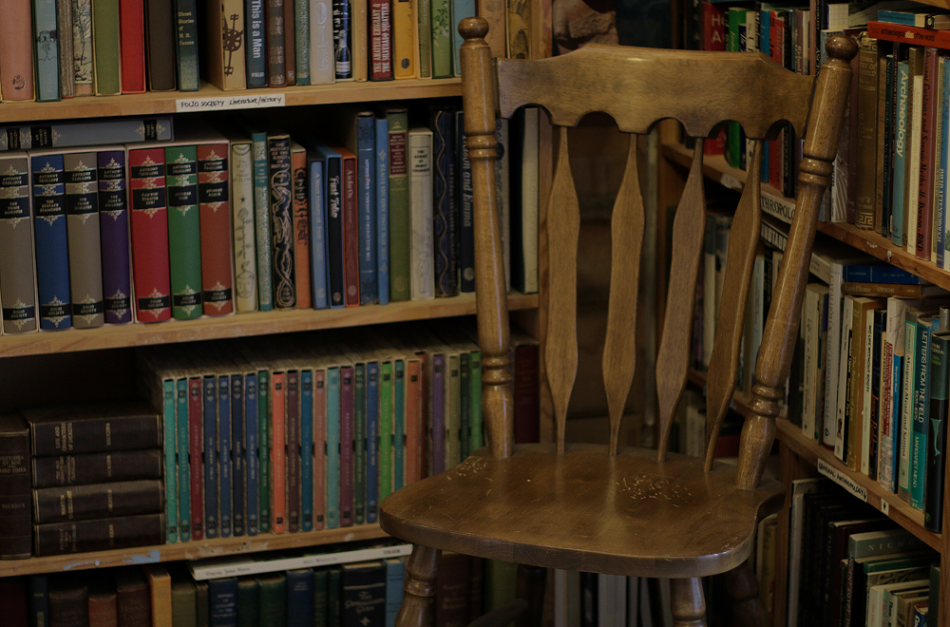 PEOPLE OF THE BOOKSHOP

Luke Terbutt: “I have a lot of older customers and older, perhaps lonely and single men. There are quite a few that come in and want to chat for a long time. Some of them are eccentric and some are really intelligent. Sometimes, you can be chatting for an hour but they’re really interesting and they’re worth listening to.” 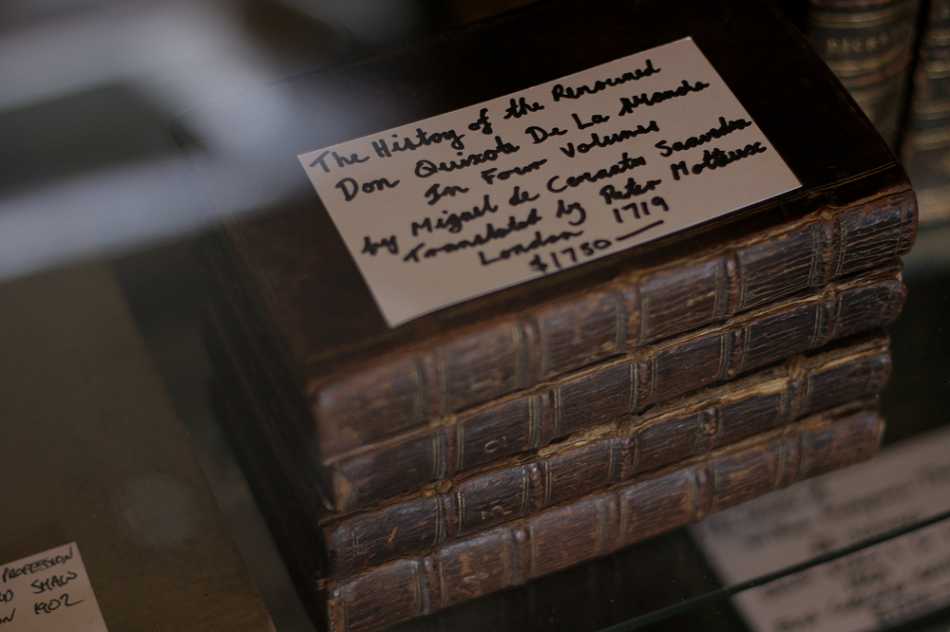 Mark Rubbo: “There was one chap, who is, sadly, deceased now, but he was a confessed bibliomaniac: he had an addiction to books. He was a university lecturer and he had impeccable tastes and interests.

He would come into our shop in Carlton once a week regularly and buy up to 10 books at a time over probably 35 years. He had an amazing library. Those kinds of people – the great collectors that had to have big libraries  – are probably not so common anymore.” 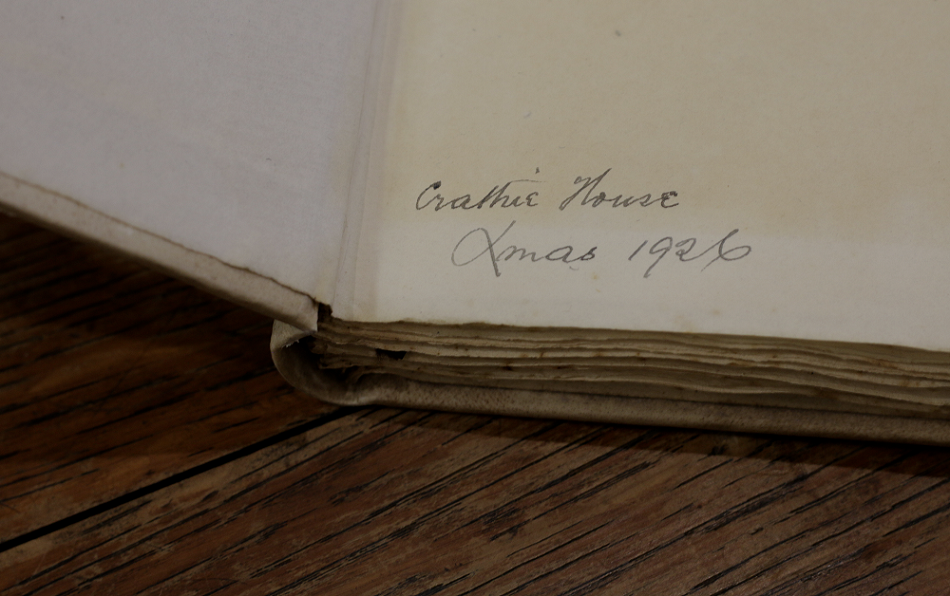 Kay Craddock: “I think you have to be a collector to understand anybody else’s desire to collect . . .

There are some people who get a great thrill out of completing collections. It’s the hunter-gatherer instinct and it becomes absolutely obsessive. [The condition] has been relatively well known and quoted over the years: people will go without food or clothes before they’ll go without the books they’ve been wanting for a long time.”

A DAY IN THE BOOKSHOP

Luke Terbutt: “All sorts of things can be scattered throughout [second-hand books] like photos, bookmarks, letters, train and tram tickets and feathers. Some things are quite private. One [letter] was about the relationship between a father and daughter . . .  She was saying she wished she could connect with him more. That was a weird and sad moment when I read that . . .  You feel a bit intrusive, even though you didn’t mean to stumble across this letter.”

Benita Bunting: “We found an old sci-fi paperback kicking around that had one of our regular customer’s name in quite curly sort of 16-year-old [teenager’s] writing and we gave it to him the next time he came in. The look on his face was just shock. It obviously took him back. He had literally not seen that book since the seventies.” 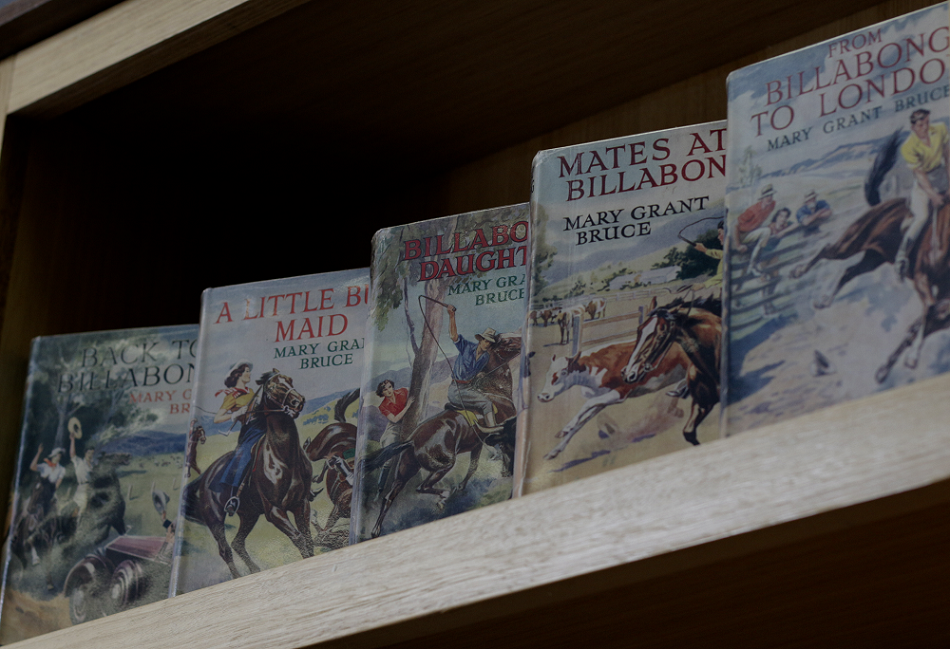 Mark Rubbo: “You’re helping in the dissemination of ideas . . .  The customers are engaging and they want to share their passions with you . . .  It’s a wonderful privilege.”

ADAPTING TO THE DIGITAL AGE

Kay Craddock: “All retailers are struggling, not just bookshop [owners] . . .  The common thread for those [bookshops] that do survive is that [the owners] treat their bookshops as part of their lives . . .  A lot of the attritions of recent years have been due to people losing sight of the fact that you need to have a personal aspect to your business.”

Benita Bunting: “It’s a hard industry but all retail is hard . . .  We’re really price conscious because people will stand there on their phones and compare prices [to online booksellers] . . .  But I don’t know that our bookshop would be that different if we had opened 30 years ago. I believe that if my staff are really friendly, they chat to customers, we’re all interested in books and we get the best stock we possibly can, then people will come.” 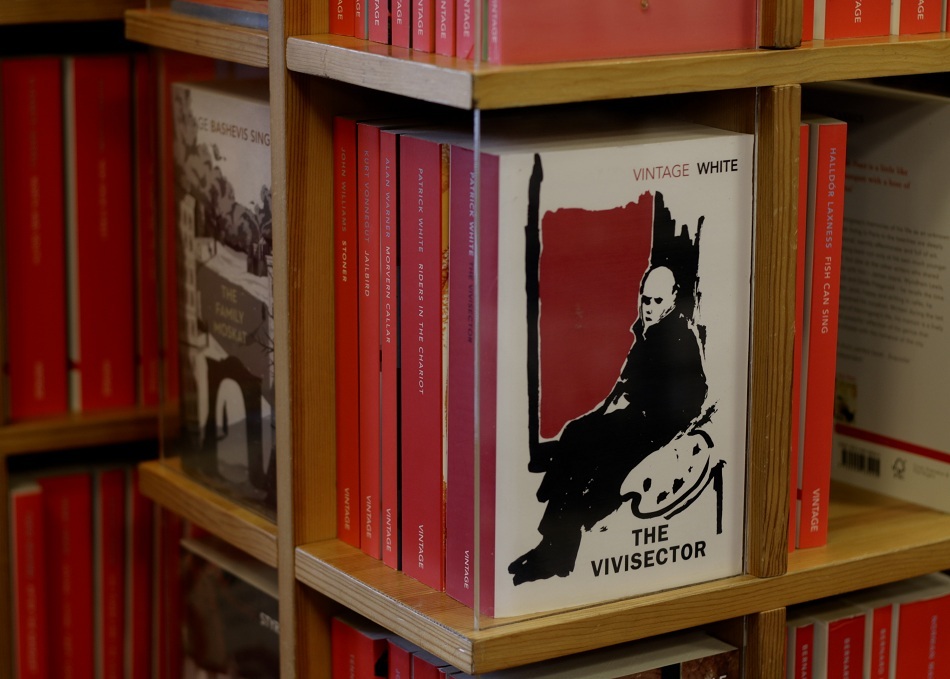 Mark Rubbo: “A [successful] bookshop has a clear idea of what it’s trying to do, the range it offers and the way it interacts with its customers. I guess that’s what Readings [has done] . . .  Connecting authors with readers has been something I’ve been doing since the early 1980s and that’s become a very important part of what we do.”

Luke Terbutt: “Customer service and having connections with people [are important and] we use social media quite a bit . . .  I know a lot of [bookshop owners] are doing really well and some aren’t: it’s just the nature of business. Rents and business sense play a part in it but there are also some things you can’t control. It might not just be bookstores that are struggling but business in general. The thing about bookstores is there’s less margin for error, especially new books.” 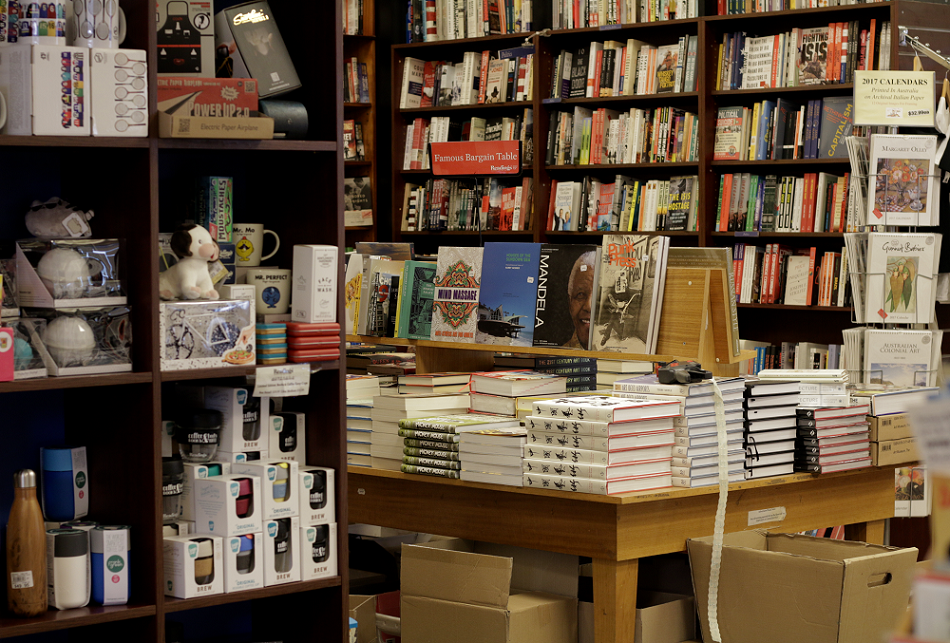 SURVIVAL OF THE BOOKSHOP

Kay Craddock: “I can find articles written in the 19th Century saying, ‘The book as we know it, or the bookshop as we know it, is coming to an end because of . . . ’.  It has been going on for centuries. There’s always something that’s threatening books, threatening the industry, but it keeps on going on.”

Benita Bunting: “I don’t think there will ever not be bookshops . . .  There are a lot of good booksellers out there feeding their children, feeding themselves, having a good life and doing a really good job but it’s not often celebrated.”

Luke Terbutt: “Paper is still thriving. I think books as collectible objects – as in hard backs, first editions and rare books – will continue. Whether physical bookstores do is another matter. It just depends on humans . . .  I don’t know if people still appreciate them. If they don’t appreciate them soon enough [bookshops] probably will disappear. But I’m optimistic.”

Mark Rubbo: “I feel sort of quietly confident that we’ll go on . . .  The fact that bookshops have survived so far means that readers put a value in [books].” 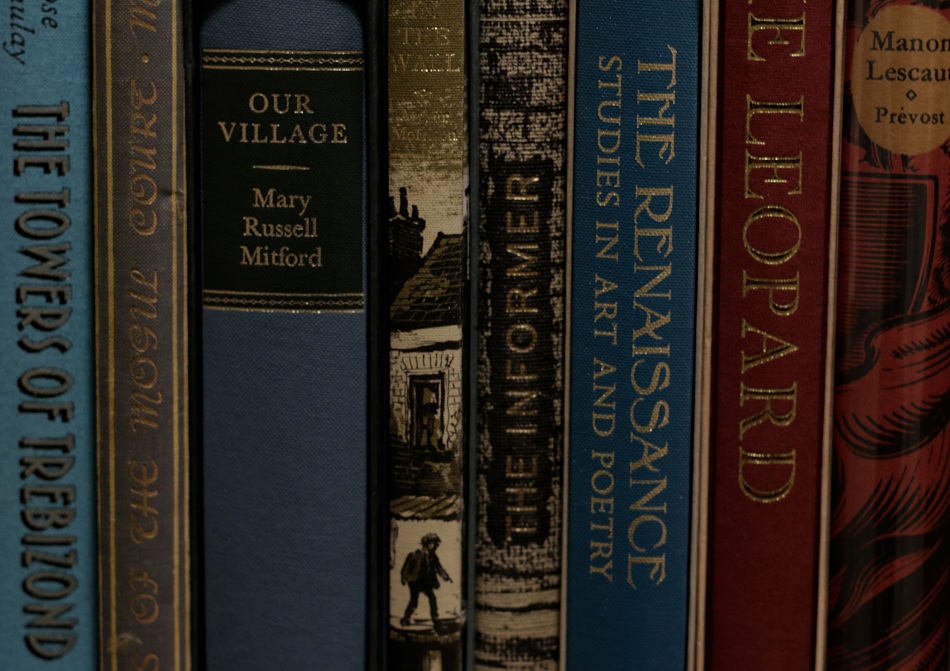